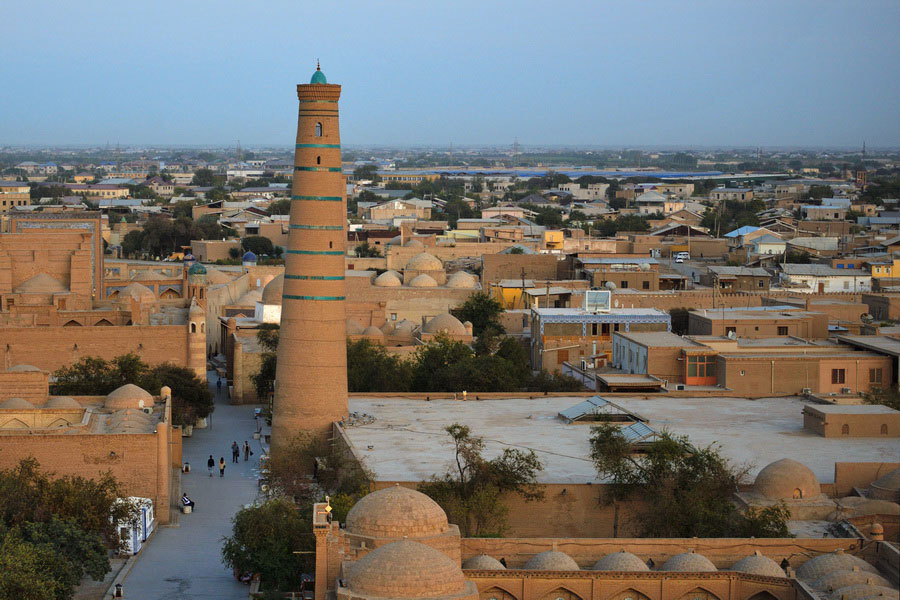 There is a Djuma (Friday) mosque in the center of Ichan-kala. It was erected at the end of the eighteenth century over the ruins of previous construction. This is an original building without portals and cupolas, without galleries and yards. It is 55x46 m. One can enter the mosque from four sides. From the northern facade, facing the one of the main streets of the city the mosque faces a minaret, 52 m. high.

The building is fenced with brick walls. The interior space is a single hall, the flat ceiling of which is supported by 215 wooden pillars. This type of single-hall mosque is found throughout the world and throughout the ages; witness the magnificent mosque in Afrasiab (tenth century), an Iranian mosque in Plain (tenth century), the Morocco mosque of Khas-an in Rabat (twelfth century) and others. But the constructive plan and decor of the Khiva Djuma mosque express originally. Small openings were made in the ceiling for light and ventilation of the hall. 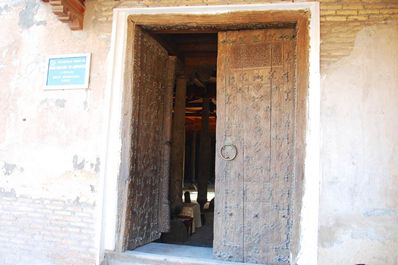 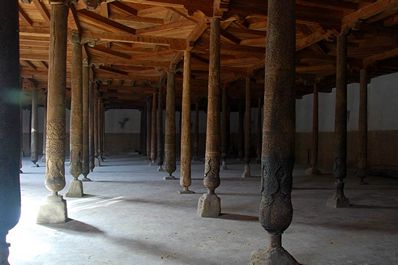 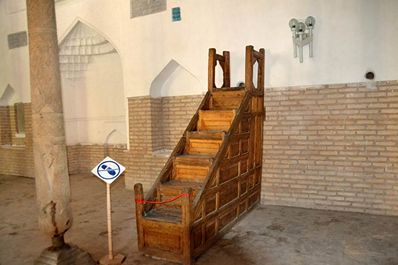 The finish of fagade is open brick. The interior is simply plastered. Spaces between the windows are painted in black and red colors; trees, bushes, and irises are realistically represented, symbolizing the wish of peace and tranquil in the monumental and decorative art of Central Asia. Irises were also used in the painting of the Ferghana mosques, in the Mamangan Khodja Amin Kabri, and other memorials. The carved doors and mosque pillars are of special interest. They were built in different periods.

The forest of pillars standing in the semi-darkness of the hall, adorned with the best patterns of Khorezm carving is expressive of the inimitable art of the local masters.