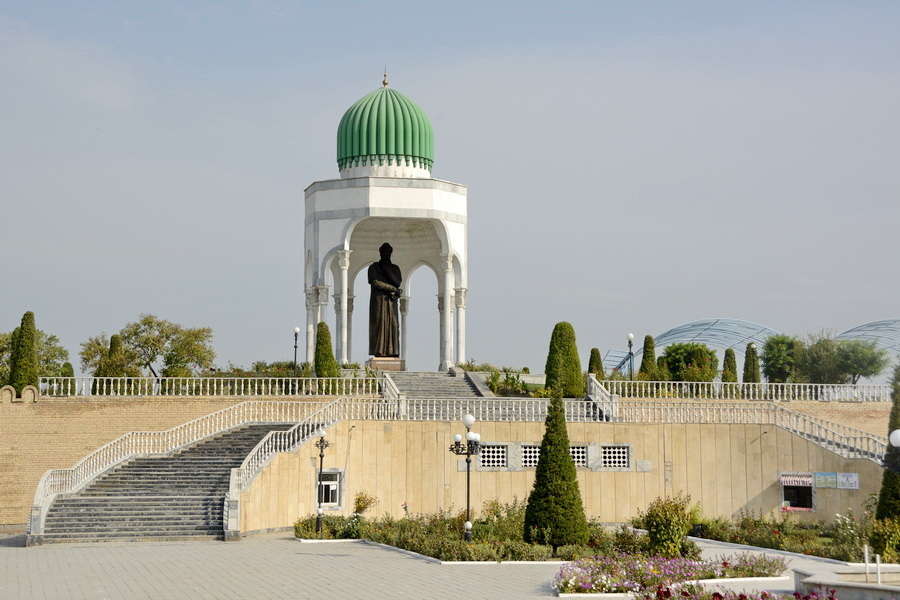 Tours, Attractions and Things To Do in Kuva

Kuva is a small town located in the north-east of Fergana region, 20 km from the regional center of Fergana city. The city’s administrative center was founded in 1927. Kuva district borders on Tashlak, Iziyavan ones of Kuvasai town and also on Asaka and Markhamat districts of Andijan region, Republic of Kyrgyzstan (19,2 km). The total district area is 440 km2.

The town name originated from Turk tribal name “kuva” known among the Kyrgyz and Uzbek peoples. The exact data when the town was founded is unknown but scients-archeologists conducting the study of the ancient city refer the data to the III century BC.

According to the study based on the Arab written sources of the VII-Х centuries, the medieval city was known as Kuba city. It was situated along the ancient caravan road which connected the Fergana Valley with Kashgar. Once Kuba ranked the second in the region after the ancient capital of the Ferghana Valley – Ahsiket, but late in the XIII century the city was destroyed by the Mongolian invasion. 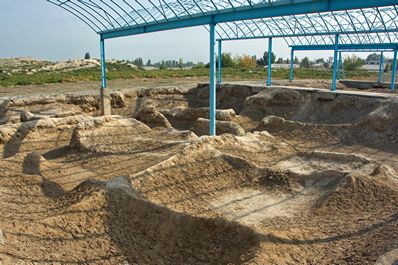 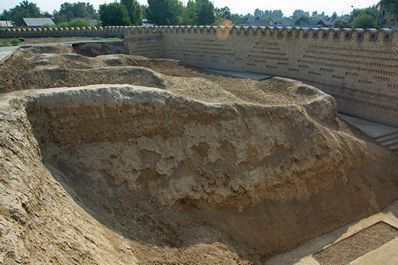 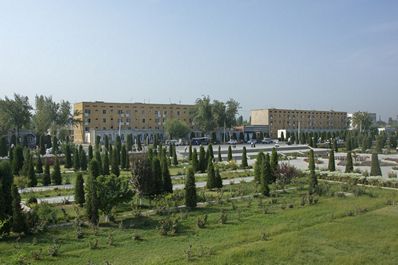 The ancient city consisted of three parts: a citadel, shakhristan (inner part of the city) and rabid (residential part of the city). In the Middle Ages Kuva played an important economic and political role in the Fergana valley which at that time had developed handicrafts especially such as pottery and gold-work, metal treatment.

The first archeological studies of the city started as back as 50-s of the XX century during construction of the Big Fergana Canal, but the expedition of 1956-57 was the largest success in findings.

The dig in Kuva revealed an entire residential block but the main discovery of that expedition was a cultic Buddhist temple. The temple contained fragments of monumental sculpture, statutes of different godhoods of a Buddhist pantheon and also destroyed clay statutes of Buddha, confirming dissemination of Buddhism in the territory of the Fergana Valley. Imageries of Gods - Buddha’s antipodes were also found there. Their awesome appearances scared people from earthen passions causing the believers to feel aversion. Some of them are exhibited in the State Museum of History of Uzbekistan.

The Shri-Devi goddess head painted in black presents a special interest The Goddess is depicted as a furious woman wearing horrendous bijous (a necklace and diadem of skulls) accompanied by her companions - Makaravaktra Dakini (with a sea-monster face) and Simhazaktra (with a lion face). Many hymns were devoted to Shri-devi glorifying her as a powerful and fair zealot of the belief. According to the data of many historians, Kuva was a native city of the great medieval astronomer, mathematician and scholar- encyclopedist Abū al-Abbās Ahmad ibn Muhammad ibn Kathir al-Farghani who served to the caliphs of Merv, Cairo and Baghdad and who also gained prominence in Europe under the name of Alfraganus.

Alfraganus was a founder of several large Universities in Damascus and observatories in many cities of the East. In 1998 a memorial complex was erected in Kuva in honor of 1200 anniversary of the great scholar.

The al-Fergani memorial complex adjoins to the territory of the ancient shakhristan with a fragment of archeological dig. In the course of the construction of this complex the shakhristan vallum was restored and a large 350-m long garden with a fountain was opened near it. There are two stairs leading to a pavilion with a monument to al-Fergani erected on the shakhristan hill.

Today Kuva is not only a beautiful city sunk in the greens of the gardens and vineyards with the most juicy fruits in whole Uzbekistan but also a famous memorial complex which became a bright sight enriching the touristic route in the Fergana Valley.