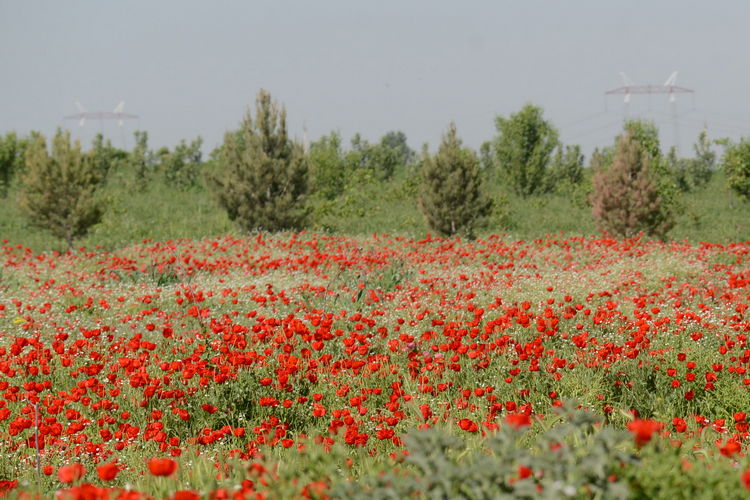 Ferghana and the Ferghana Valley

Ferghana Valley is one of the most beautiful areas of the oasis with the territory in 22,000 square meters. km and a population of 7 million people. Surrounded by mountains of Tien Shan and traversed the waters of the Syr Darya and Naryn, the valley represents the ideal place for agriculture and animal husbandry. The Ferghana Valley is famous for such cities as Andijan, Ferghana, Margilan, Kokand, Shakhimardan, Couva, historic monuments and architecture.

Andijan is located in the northeast, surrounded by mountains and hills. Andijan and Alamishikskie hills are rich deposits of oil, gas, water and other natural resources.The city is known from the IX century BC. Now it is a major industrial center in Uzbekistan. It carried out the construction of the Uzbek-Korean joint venture UzDaewooAuto in the city of Asaka. Andijan is located on the site of an ancient caravan route linking China with Central Asia. In those days it was part of the Silk Road and served as the eastern gateway to the Fergana Valley. On the whole route along the river were Karadarya caravanserai.

Kokand was the capital of the Kokand Khanate in the H1P-H1H ages and religious center of the valley, there are many madrassas and mosques.

Margilan in ancient times was widely known for its craftsmen for the manufacture of carpets and fabrics, especially khan-atlas. This city has a distinctive architectural traditions. Caravans of silk sent from Margilan in Arabia, here produced more than 20 million meters of silk fabrics.

Couva - Memorial famous medieval scholar al-Fergani, who was known in Europe under the name Alfraganus.

Namangan region occupies an area in the north valley, on the right bank of the Syr Darya. At 25 kilometers from the Namangan area is known archaeological survey - an ancient settlement Aksikent.

In the Ferghana Valley for agriculture, especially cotton. Grown many vegetables and fruits.

Cities located in the Ferghana Valley: