Muynak Regional Studies Museum of the Republic of Karakalpakstan

The Muynak Regional Studies Museum also known as Ecological Museum of Muynak can be called one of the most unique museums in Uzbekistan. This museum, modest by metropolitan standards, with less than two hundred exhibits, tells the visitors a tragic story of the bygone era, when things were humming in this region and the Aral Sea was so large and affluent that it was called as sea.

The museum of the Aral Sea has collected paintings of Soviet artists, old photographs, specimens of flora and fauna, canned goods, produced by the local cannery, household items and articles of arts and crafts of the peoples who lived on the Aral Sea shores, and other artifacts to form a single picture of the past and present of the Aral Sea as a whole. 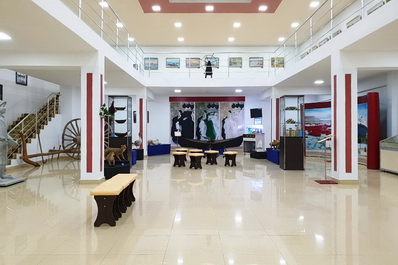 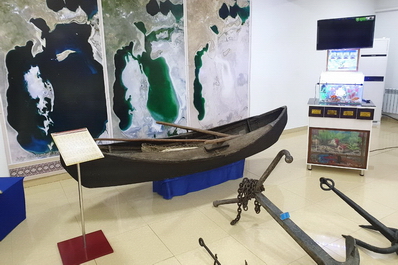 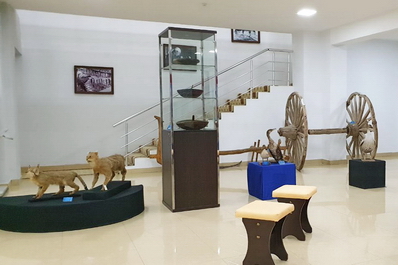 The Muynak Museum was founded in 1984 in the Uchsai home of culture in Muynak district. In 1998 its exhibition was moved into the regional home of culture, and in 2013 the reconstructed museum was opened with a solemn ceremony. A special place in the museum's collection is given to the pictures of the Karakalpak artists Faim Madgazin and Rafael Matevosian who depicted the Aral Sea in the period from 1950 to 1980 on their canvases, eloquently titled “The Sea is Gone “, “Ships in the Sands” , “Aground”, “Hope” and other no less interesting documentary chronicles of the Aral Sea, demonstrated to every interested visitor.