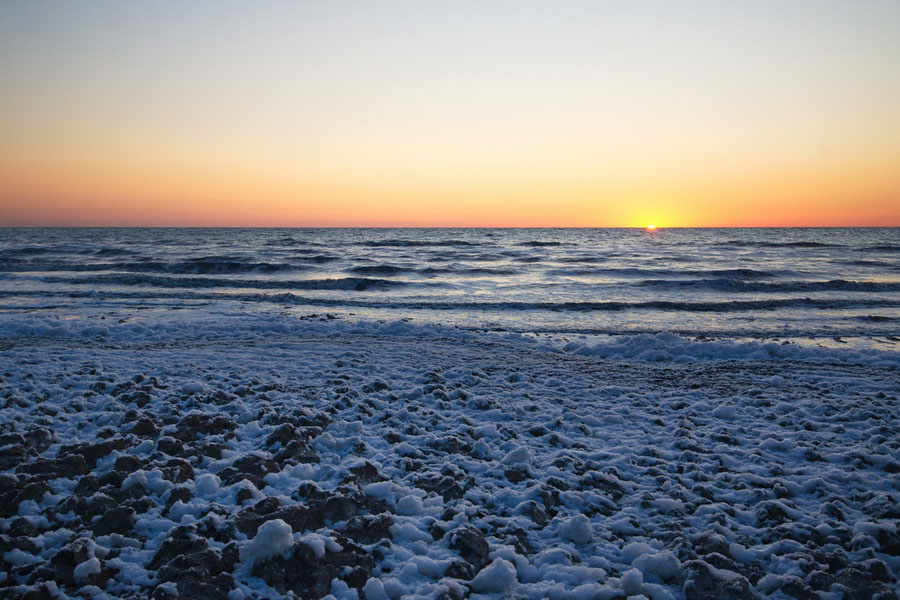 The Aral Sea – a story of our earth

The Aral Sea was the fourth largest lake in the world – until quite recently. An endorheic lake (meaning it didn’t drain anywhere) was the lifeblood of a whole region for thousands of years and for numerous civilisations. When it was discovered anew by Russian explorers in the 19th century, it became an important place to assert power in the region. Large steamboats built in Sweden were brought to traverse the vast expanse. Fishing fleets came and started to draw huge catches. A border across the sea meant necessary to have a naval presence. Until the mid-20th century, the lake continued to function as it had done for millennia.

Cotton – the soft and fluffy white kind that grows on the ground – plays a key role in the story of the Aral Sea. So does history - especially the US Civil War (1861-1865) – half-way around the globe. As globalisation and colonisation expanded supply chains of industrialising nations to new frontiers, events far away could have a serious impact. So, when the US Civil War began, global cotton production suffered as the supply from the American plantations was cut. This generated a demand for cotton from elsewhere. Come the Russian Empire, and a view to capitalise on the demand; and Central Asia was the place to grow it. 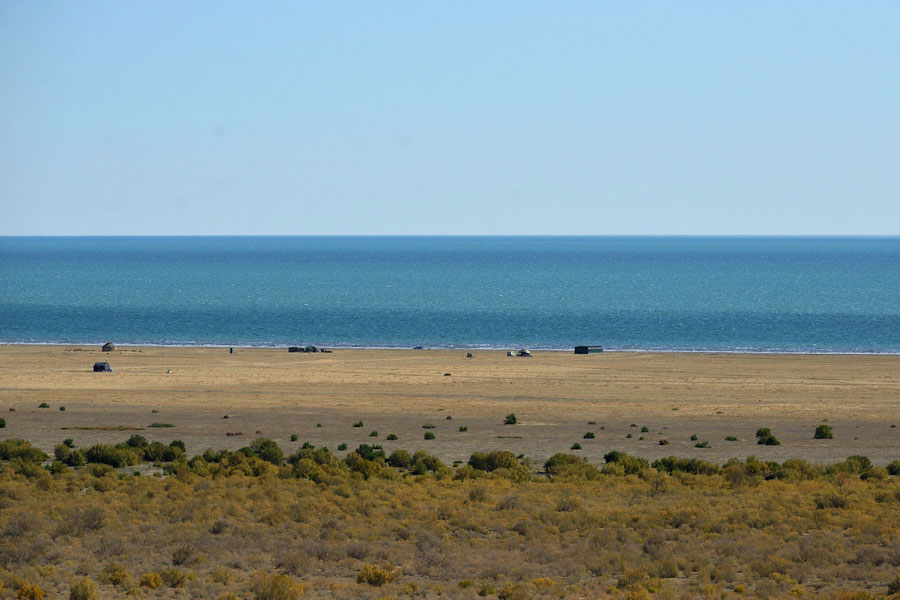 Despite a very dry and arid climate in Central Asia, the high mountains and their glaciers deliver vast amounts of water through big rivers, making agriculture viable in very dry places. This led to the growth of cotton production in the region, especially Uzbekistan. Also called “white gold” because of its value, it came to play an important role in agricultural and water practices

However, it wasn’t until the second half of the 20th century – after two disastrous world wars – and the pressure of the Cold War – that serious mistakes were made in managing the water that fed the Aral Sea. Short term gains in agricultural yields were sought, regardless of the consequences. The delicate ecological balance was in danger. Decisions made in the Soviet era sealed the fate of the Aral Sea as less water flowed in and more and more fertilisers were used in the lands around the sea. Only in the later years of the Soviet Union did it became clear what a catastrophic ecological disaster had been allowed to happen. 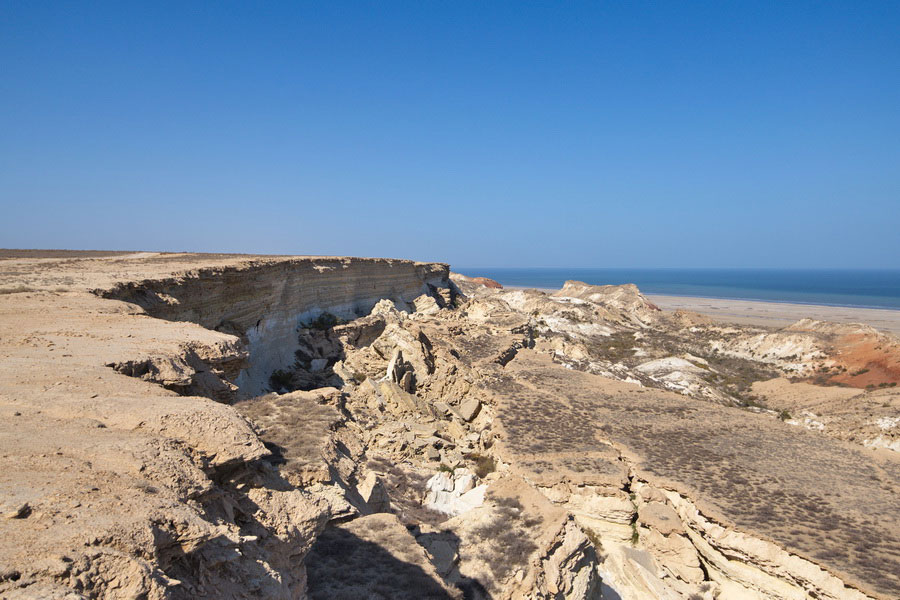 The potential of a healthy Aral Sea is clear from the size of the fishing industry at its peak. Out of 34 different species of fish, at least 20 had commercial value – the annual fishing catch amounted to one sixth of the whole USSR. Yet, as the shoreline receded, water salinified and the fish died it was only starting to become clear what had really happened. Decades of toxic pollutants had flowed into rivers, flowing into the shrinking Aral Sea. As the sea dried up, these toxic chemicals started to enter the atmosphere and fly in the wind. Suddenly not only jobs dried up with the sea, but the environment was causing health hazards. 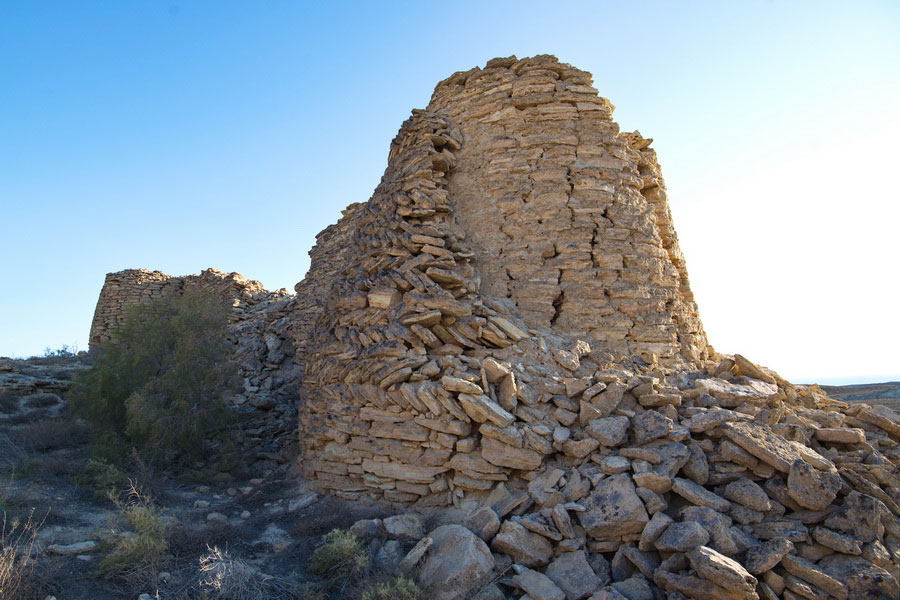 Before the shrinkage, the Aral Sea had a sea-border between the two USS Republics. There were ports, fisheries and fishing boats sailing up and down. Still in the 1950’s the sea was 426 km long and 284km wide, creating a total surface area of 68,000 km2. Today, in the 2020’s the Aral Sea is no more than 30km at its widest and is no more than 10% of what it used to be. The dry seabed is now known as a saline desert called Aralkum, with a total area of 38 000 km2. The Northern Aral Sea (totally within Kazakhstan) has been revived to some extent in recent years with funding from the World Bank and the Kazakhstan government. A dam on the Syr-Darya river has raised water levels and fish are returning.

In the Southern Aral Sea, the situation also has improved in the area around the sea though the sea continues to recede year by year. It is not dangerous to visit the area – it is those who have lived there for decades who have suffered the most. In fact, tourism is one of the short-term hopes for an economic revival that would spur growth in other areas and support ongoing efforts to recover nature and save what can be saved. The greatest value of visiting the area can come from understanding the fragility of nature and what neglect of the environment can lead to. Amid an ecological and climate crisis of global proportions, this kind of lesson is more important than ever. 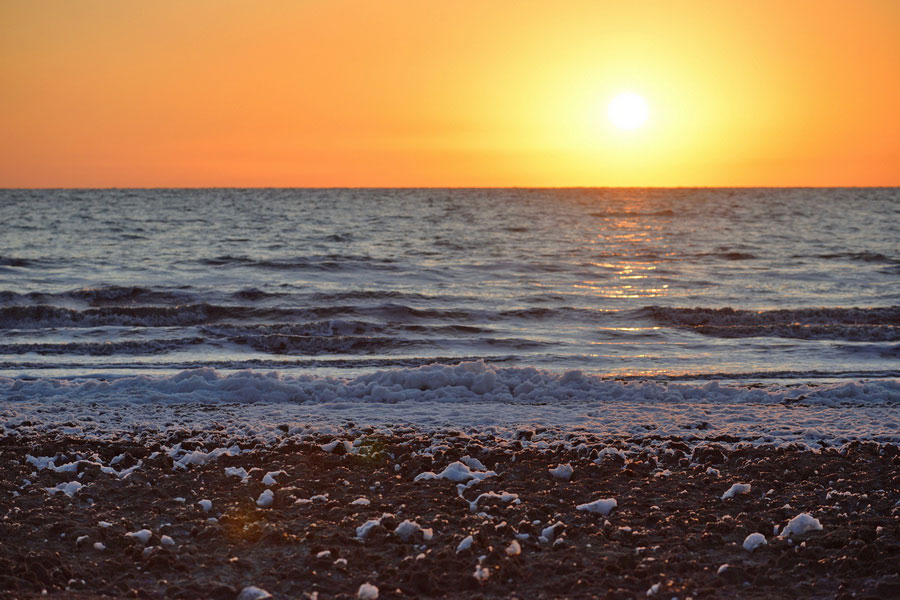 But a crucial question is: should you visit? Is this ‘disaster’ tourism – coming to see the poverty and tragedy of local people? 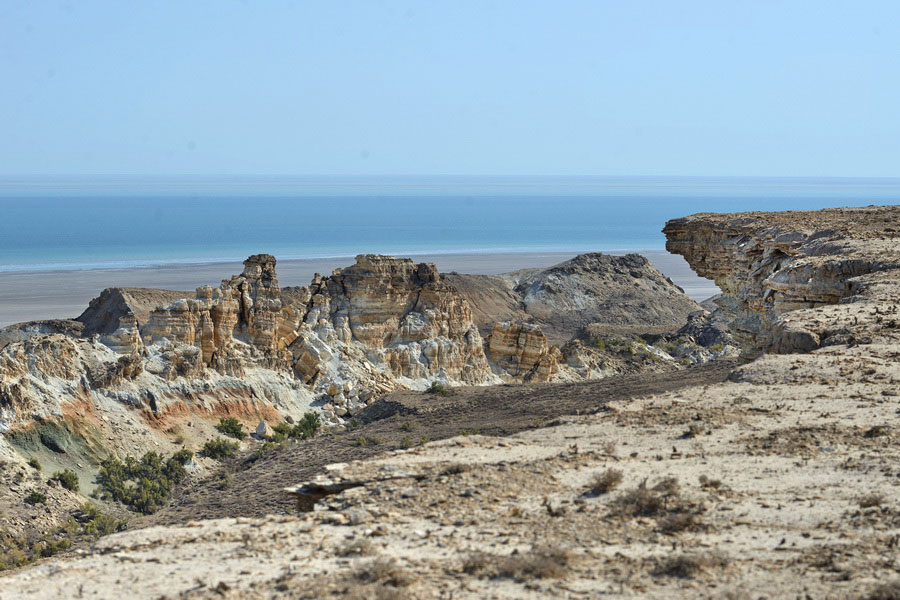 Secondly, the Aral Sea is a true disaster. It is irreversible and has been very costly to the lives and livelihoods of millions of people. Yet, local people are incredibly warm and hospitable. As mentioned, they have borne the brunt of the disaster and only they can tell their own story. With very few job opportunities in the region, tourism represents an important lifeline for people living in the remote areas of Karakalpakstan and cities like Myunak and Kungirot. Our work with local partners ensures that every trip not only employs locals but contributes to their long-term livelihoods through providing a stable income in the tourism sector. We help our partners innovate and be more sustainable, leading to a better experience for every visitor.

If you want to see something beautifully – albeit sadly – unforgettable, you should most definitely visit the Aral Sea.

Information:
Aral Sea Tours can either be for one or two nights – the way there can take 7-9h from Nukus, depending on the weather, and sometimes it is not even possible to go due to snow or rain. There are beautiful attractions on the way, and it feels like a safari with wild animals and a barren landscape. Two nights in the camp allows for a more relaxed visit and more natural locations visited. Please enquire about availability and current conditions. 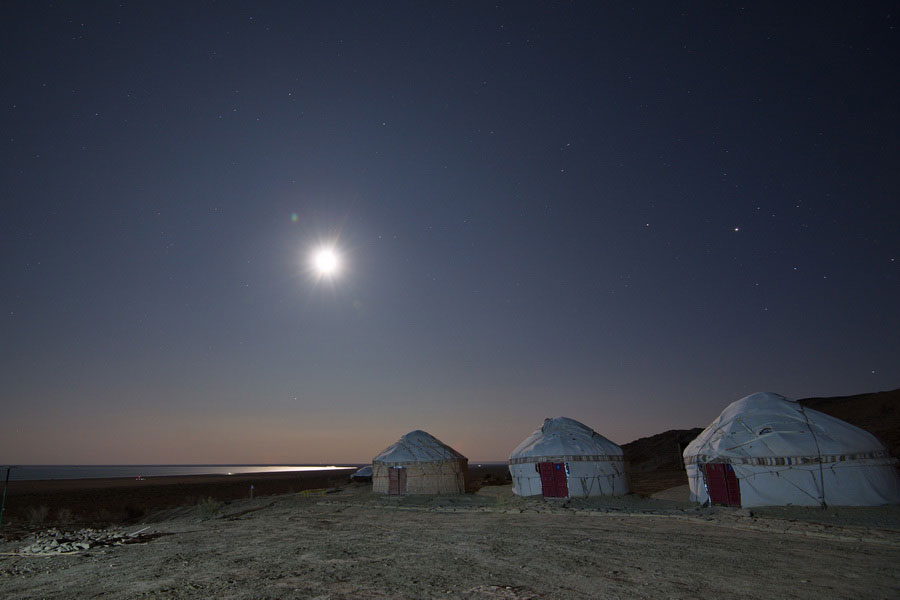