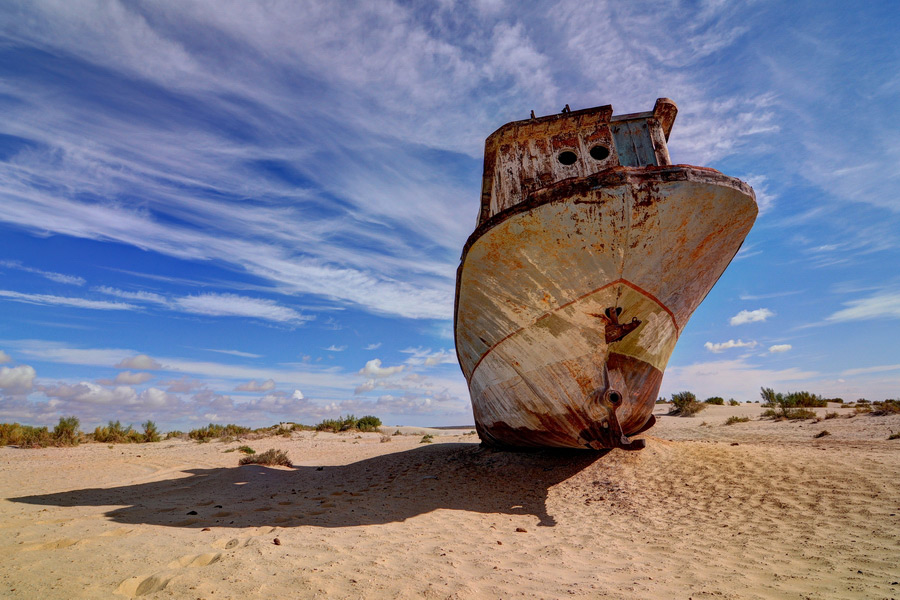 To leave this place, but where to?.
Mashrab

Many modern cities have emerged from the settlements standing on trade routes crossings, river banks or industrial projects.

But what does happen with them when trade routes change their routes, the factories are closed down, and the rivers dry up?

To get at least a partial answer to the question, you should visit the city of Muynak because it is the living example of the Aral tragedy. 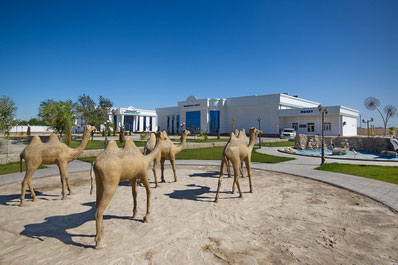 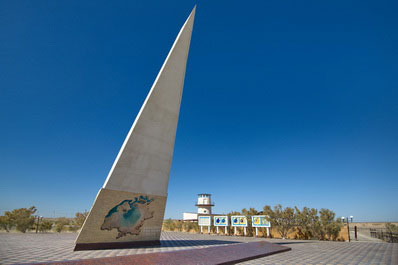 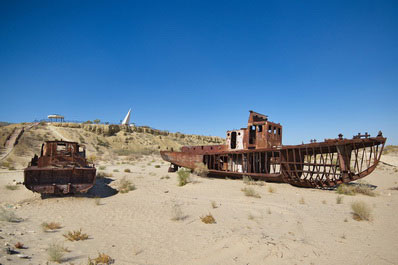 In former times Muynak (Moynak) used to be located right on the bank of Aral Sea - today 100 km of dry land parts them. The lake which was called the sea for its magnificent beaches, abundance of fish and large size, now has turned into a desert. Local people call the desert as Aral Kum (similar to the Kyzyl-Kum Desert). Formerly seagoing ships sailed in the sea-desert. Now they stand in the port of Muynak in the well-known “cemetery of ships”. It's hardly possible that they would ever return to furrow the Aral Sea. They just stand there abandoned, rusting and sinking to the depths of non-existence. 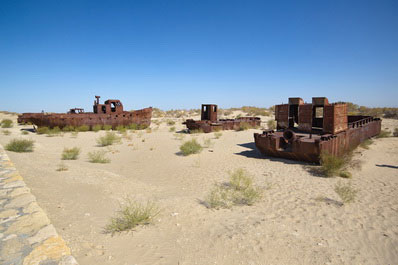 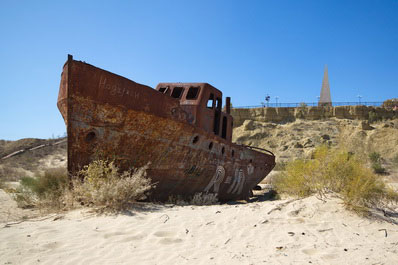 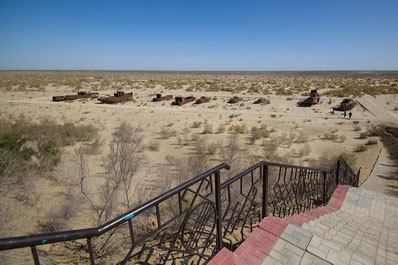 The cold reports testify that the Aral Sea shipping ceased in 1970. Old residents still remember the sea waves rolling in the Muynak embankment in 50s - early 60s. Today sandy beaches have disappeared without a trace; fishermen do not brag about their big catches anymore, people leave their homes.

People lost all hope that sea would return, economy of the region tries to adjust to new conditions, and the Tragedy-City is as if in a drowse. Nobody knows whether the city will prosper like 30 years ago. 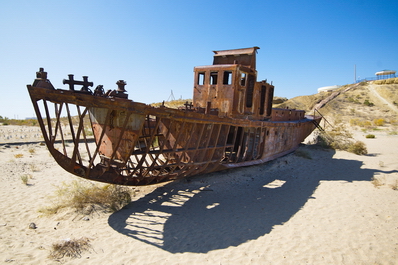 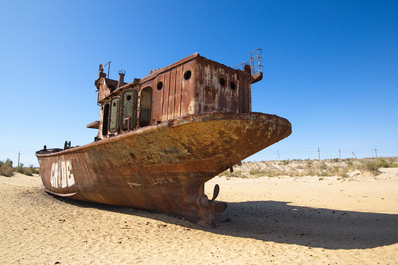