Marinika Babanazarova is a cultural champion of Uzbekistan. She has received international recognition for her decades of innovative leadership as director of the State Museum of Arts of the Republic of Karakalpakstan, founded by Igor Vitalievich Savitsky. Her name is associated with the success of the museum (commonly referred to as Savitsky Museum or Nukus Museum of Art), not only within Uzbekistan but throughout the world.

Babanazarova considers Savitsky, her predecessor and the museum’s founder and original director, to be her mentor. Igor Savitsky was a friend of the Marinika family, and from childhood she was influenced by his vision and unique personality, a factor which would ultimately determine her life’s course.

Marinika’s father, Marat Nurmukhamedov, hired Savitsky in 1957 when the latter moved from Moscow to Karakalpakstan. In the ensuing years Marinika witnessed firsthand the gradual collection of overlooked and banned Soviet art which Savitsky sought out and gathered at the newly formed Nukus Museum. 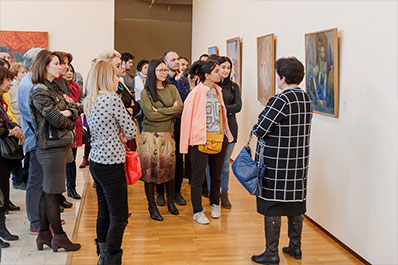 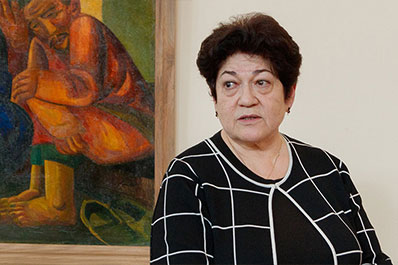 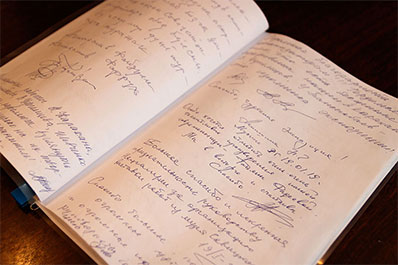 In 1983, Marinika left her job at Nukus State University, where she had been teaching English stylistics, and accepted Savitsky's offer to work at the museum which he had established. At that time, the Nukus Museum of Art was facing a financial and personnel crisis: construction on the museum had been halted, an official ban was placed on further collections and an order given to return all unpaid exhibits to their owners. That same year, Igor Savitsky died. Taking into account his will and the request of others associated with the museum, the Minister of Culture made the difficult decision to entrust the museum to 29-year-old Marinika Babanazarova.

For the next 31 years, this brave and innovative woman would battle to preserve the integrity of the Nukus Museum collection. She payed huge debts for pictures stolen from storage, continually fought to maintain Savitsky's unconventional vision for the museum, coordinated restoration projects with foreign partners, arranged for the first independent exhibits to be showcased abroad, spoke at international conferences, wrote more than 30 catalogs and books and participated in reports and documentaries on the museum. The most famous of these were the US film “The Desert of Forbidden Art” by Amanda Pope and “The Passion of Savitsky” by Ali Khamraev, both of which revealed intriguing facts about the museum that were provided by Marinika herself. The films were collectively watched by millions of viewers worldwide, bringing the museum to even greater notoriety.

Marinika Babanazarova is the only true expert on the history and collections of Savitsky Museum. During her years of work at the museum, which lasted until 2015, entire departments were formed and the museum was set on a successful course. Since the late 1990s, Marinika has introduced Friends of the Nukus Museum Club (the first of its kind in Uzbekistan), handicraft revival programs, a recreation of the classic Karakalpak yurt, educational projects for rural villages, Museum on Wheels schools and the implementation of a unique method for the conservation of artifacts, among other initiatives. Additionally, more than 20 exhibitions, both in the museum and abroad, have been organized under her supervision.

Today, Babanazarova is perhaps best known for piecing together the history of Nukus Museum of Art and the dramatic life of Igor Savitsky and for sharing this knowledge with the world. She has made every effort to perpetuate Savitsky’s memory and to achieve recognition of the world-renowned, unique collections which he amassed. Accordingly, she has published a biography of Savitsky in four languages and distributed hundreds of resources about him to international publications and media outlets.

Babanazarova’s services have been acknowledged through government awards and diplomas, including the nomination for "Best Museum Director of Uzbekistan" and "Best Museum of Uzbekistan", as well as the Order of France in the field of arts and literature.

Marinika Babanazarova now conducts exclusive insider’s tours for experts and novices alike. These tours break the standard models of art exhibition tours and are filled with firsthand accounts and little-known information. Her animated personal stories about Savitsky and the dramatic destinies of the avant-garde Russian and Turkic artists of the early twentieth century reveal fascinating secrets that cannot be found elsewhere.