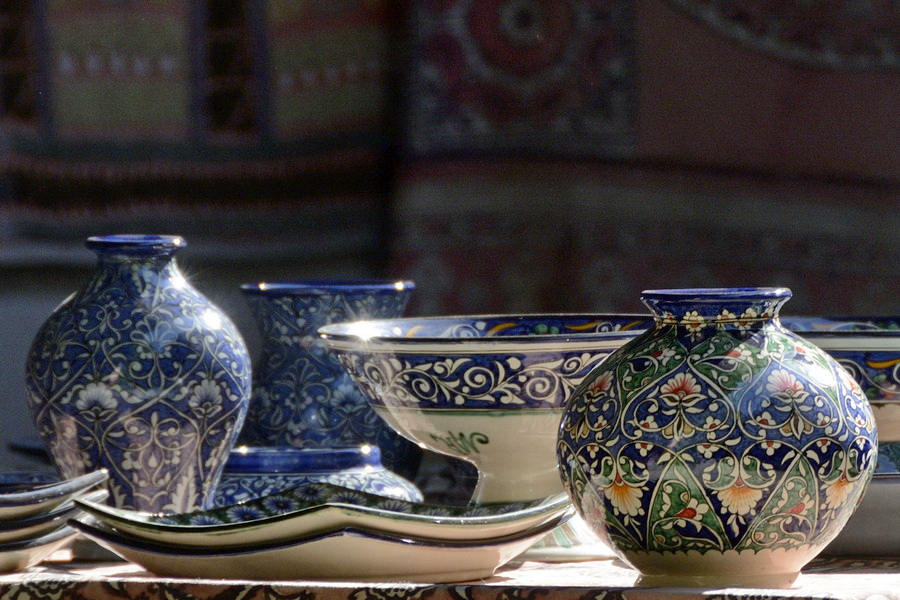 Tours, Attractions and Things To Do in Rishtan

Rishtan is an ancient city in the Fergana region, which is famous for skilled craftsmen. Rishtan is the largest place in Central Asia where glazed ceramics are produced.

A settlement appeared on the territory of modern Rishtan in the IV century BC. In the III-I centuries BC, caravans of the Great Silk Road passed through this territory.

Modern Rishtan has been known since the IV century, and already in the IX century the settlement became known as Rishton. Previously, this word was called wise men.

Local residents started pottery almost a thousand years ago. At first they made ordinary dishes from clay, and then they began to put ornaments on it using a special blue glaze "ishkor". It is this glaze, which the masters make from natural dyes, that has become the hallmark of Rishtan.

Rishtan ceramics are made from red clay, which is mined only in Rishtan. The most famous products are: lyagan (a large dish for food), kosa (a deep cup), piala (a cup for drinks without a handle) and jugs.

Rishtan is the only ceramic center in Central Asia where ancient traditions of production have been preserved.

Today, Rishtan ceramics are very much appreciated. About a hundred hereditary masters live in the city, who pass on ancient secrets to each other from generation to generation. There are almost 1000 ceramics masters in Rishtan. The products of the Rishtan masters are exhibited in the Asakura-san Ceramics Museum in Komatsu (Japan), in the Hermitage and in other museums around the world. Also, the works of ceramists from Rishtan took part in many international exhibitions.

Most of the archaeological monuments of Rishtan were destroyed by the Bolsheviks in the first half of the twentieth century. The remains of the ancient settlement are preserved in the cemetery "Sohibi Hidoya", which remains active. In the middle of the twentieth century, scientists conducted excavations that confirmed that there was a city here before our era.

The remains of ancient houses and handicraft quarters, kilns for firing ceramic products and ceramics, including glazed ones, were found in Rishtan. All the finds dated back to the II-I centuries BC.

The cemetery "Sohibi Hidoya" is a settlement of the V-X centuries. Here you can find ancient tombstones with inscriptions in Arabic. There is also a symbolic tomb of Burhanuddin al-Marghinani ar-Roshidoniy, who died in the XII century.

Not far from the cemetery, in the mahalla (residential quarter) Dahbed, in 2010, archaeologists found part of the defensive city wall. The marks of mudflows of the V-XI centuries were found on it.

The Khoja Ilgor Mosque was erected on the territory of the historical place of Rishtan – the cemetery "Sohibi Hidoya" – in the late XIX – early XX century in ancient traditions. It is quite small – 40x13 meters. The mosque is supported by three columns that frame a three-sided prayer square. In the center of the mosque there is a beautiful mihrab, pointing towards the Kaaba.

The ancient korihona is located on the territory of the mosque – a room for Koran readers. It was built in the VIII-IX centuries for the Zoroastrians, but later converted to Korihona. Korihona is a room of pointed shape, the dome of which looks like the cap of one of the Central Asian tribes. Also, ancient plane trees, willows and elms grow near the mosque. Near the mosque there is a hauz – an artificial pond.

The construction of the International Ceramics Center in Rishtan began in 2020. The city, which is home to hundreds of craftsmen who produce unique ceramics with blue glaze, has never had such a unifying center before. The designer of the project was the famous Rishtan ceramist Alisher Nazirov.

At the end of 2020, 20 workshops were built on the territory of the center, each of which has two floors. No workshop repeats the design of another – here you can guess the hand of each master. Autonomous gas and electric lines are connected to the workshops.

Also on the territory of the center there is a museum of the history of Rishtan and guest rooms for tourists.

Rishtan is a real oriental fairy tale that will not leave anyone indifferent. Be sure to visit the workshops of renowned ceramists Rustam Usmanov and Alisher Nazirov. 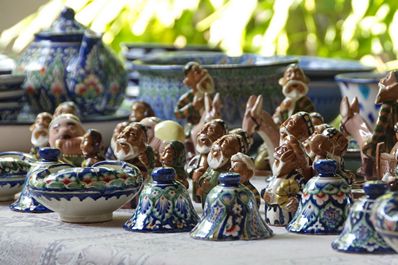 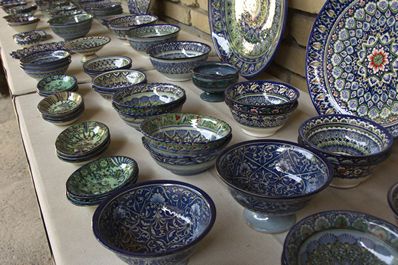 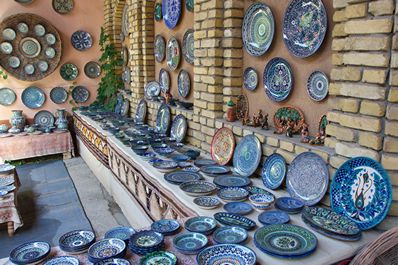 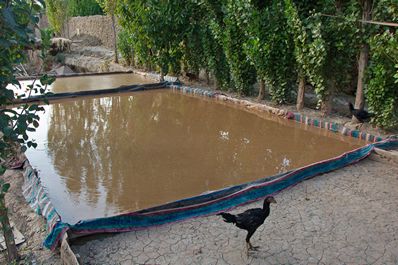 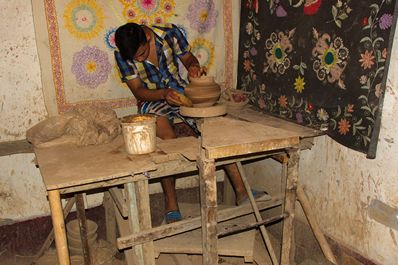 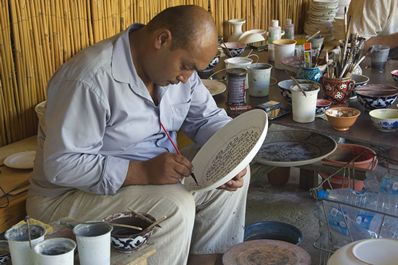