The memorial ensemble “Khoja Abdi Darunee” appeared in the XII century near the mausoleum of Khoja Abdi, or Abd-al Mazeddina. According to the legend, Sheikh Abdi-Darunee arrived in Samarkand from the Arabian Peninsula in the IX century, and as an expert on the Koran and Sharia, started performing judge functions here. The Supplement "Darunee" means "internal" – his tomb is located inside the city walls of Samarkand. 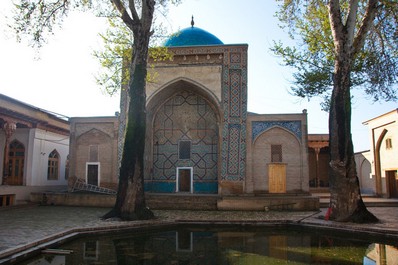 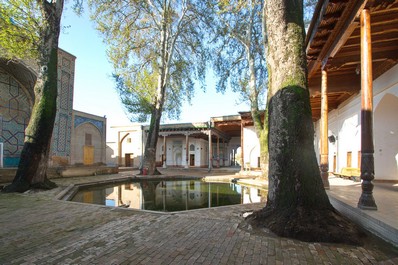 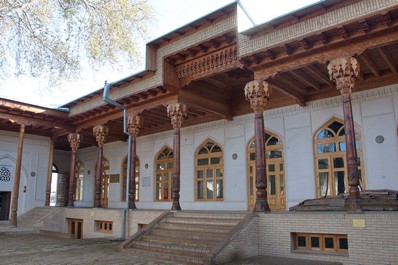 The mausoleum Abdi-Darunee was constructed in the XII century and in the XV century it was reconstructed. The restoration of the mausoleum had changed the building entirely in comparison with how it looked in the past. Now it is a small square building with a pyramidal dome. The interior of the mausoleum is modest, no paintings in gold and ceramics inside. Almost the whole area is occupied by a large gravestone.

In the XV century there was ziarathana (a space for the rite of worship - ziarat) near the mausoleum. At the mausoleum, there is a big pond ("khauz") around which the ancient plane trees grow. As before, pilgrims come to the sheikh’s tomb. People come here to pray, talk about their problems and ask for assistance in their solution.