There is hardly any place in the world is a where Muslim, Christian and Jew come to pray. But this Tomb of the Old Testament Prophet Daniel, also known as Daniiel, or Doniyar.

It is situated on the outskirts of the settlement Afrasiab that is in the north-east of Samarkand. On a high bluff of the hill there stretched a long 5-domed building of the mausoleum, and at the foot of the hill there is the river Siab. The sprawl of the building is directly connected with the tomb, whose length is equal to 18 meters.

Many legends and hypotheses are connected with this grave. Some argue that the remains were brought here by early Christians, others are inclined to think that they had been ordered to deliver to Samarkand by famous medieval ruler Amir Timur (Tamerlane). 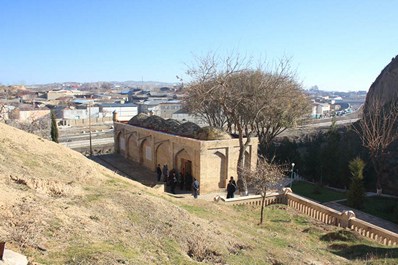 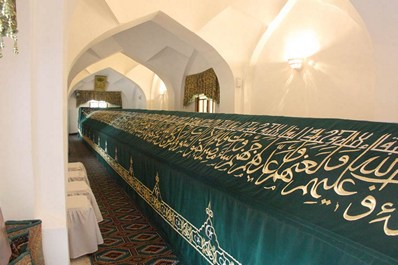 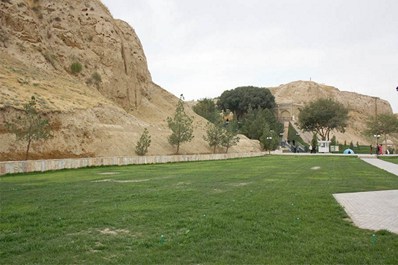 There are also differences between what it is in the tomb: some sources say that the burial of St. Daniel's arm, the other counter, and say that here they brought only a handful of earth from the grave of the saint. The third contradiction is associated with belonging of the remains, where featured two faces: the first - the prophet Daniel, the second Khoja Doniyar - associate of Kusama ibn 'Abbas (Shahi-Zinda).

There are also legends about the size of the grave. According to one interpretation, the holy relics increase from year to year. Others argue that the tomb is made large, so no one can accurately find the location of the remains and steal them.

Be that as it may, this mausoleum, being away from other attractions in Samarkand, is attracting a huge number of pilgrims of many nationalities and religions. And you should not be a believer to feel calm and peacefulness of the place.