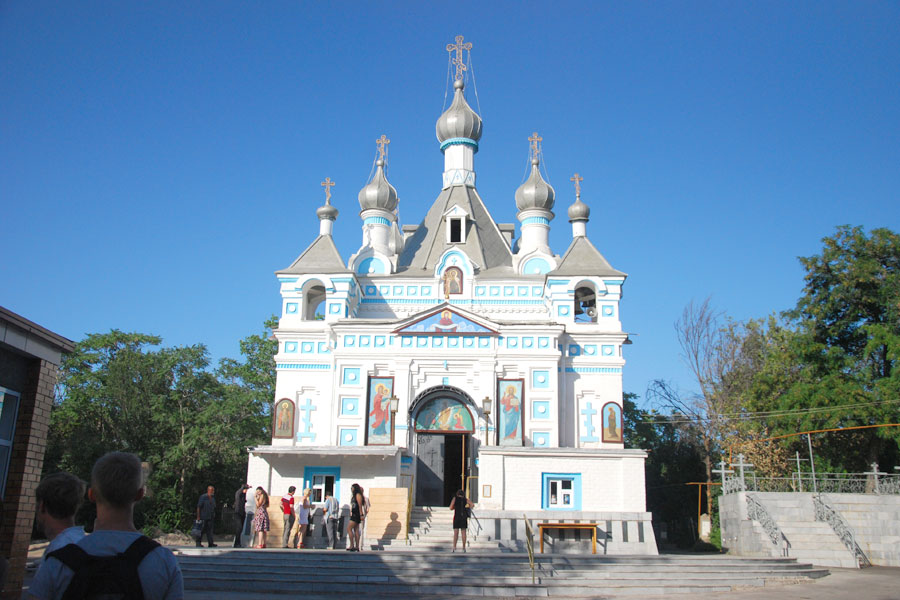 The St. Alexander Nevsky Cathedral is the oldest Orthodox Church in Tashkent survived to our time. Built in 1902-1905 on money from the fisc and city it is situated in the Botkin Cemetery territory. A considerable contribution to the construction of the Temple was made by Nikolai Ivanov, a Commercial Consultant who lived nearby the Botkin Cemetery and who enjoyed deep respect of the Turkestan bishopric. N. Ivanov altaraged in favor of the Orthodox Church many times. His funds, in particular were used for construction of a golden iconostasis for the St. Alexander Nevsky Cathedral.

The construction of the Alexander Nevsky Cathedral was carried out by Engineer F.V. Smirnov under the project of L. Burmeister, and the office of consecration was served by protopope Konstantin Bogoroditsky. The Church was visited by 20 - 30 parishioners on weekdays and over 200 believers on holy days. In the post-revolutionary period the Church played an important role in the life of the Orthodox confession of Uzbekistan. A part of churchmen began working for the Soviet system, the others were against it. Thus in the 1920-s the Temple was seized by regenerates - disciples of a new Christian movement, formed after the February Revolution of 1917. The Orthodox parishioners had to have divine services near a chapel built in honor of Our Lady “Everybody mourning in joy”. After the War the temple was returned to Orthodox Church.

For the period of its existence the Church survived the earthquake of 1966 and fire, which split the church building crosswise. However the building did not collapse and later was restored. The church interior is decorated with fresco depicting community of Saints, angels and archangels as well as with many icons in gold plated frames. Nowadays the look of the temple does not differ much from the original one, only the façade was painted in dark blue-and-white color, lined with marble anew and also steel grids appeared there. For several years the post of the Dean of the Church has been held by Nikolai Rybchinsky.