Independence Square is located in the center of Tashkent city. It is a favorite resting place for the Tashkent residents. The fact that the most beautiful fountains of the city are located in the square contributed considerably to it.

Independence Square as many other places in Tashkent has its own history. Before 1865, not far from this place there was a palace of Kokand khan. In 1865 the Kokand khanate was liquidated and by order of the Russian administration and the construction of a residence for a Turkestan Governor-General began next to it. Later, this residence with a vast garden was named the White House. In the colonial period a wappenshaw was held on its ground before the General-Governor’s residence. 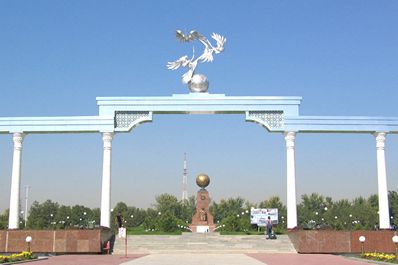 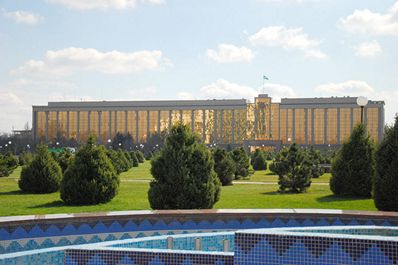 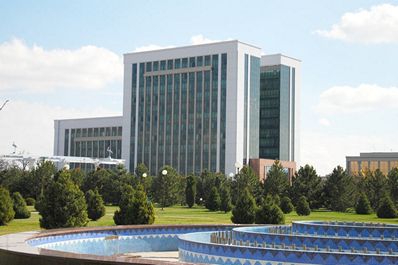 In the Soviet time the square was re-named for Lenin Square. A monument to Lenin was erected in the center of it. And construction of fountains and development of the square itself began at this period.

Upon declaration of independence in 1991 Lenin Square was re-named to Independence Square (Mustakillik Maydoni) (1992). The monument to Lenin was dismantled and an Independence Monument in a form of a globe with Uzbekistan’s borders outlined on it was installed instead.

After overall reconstruction carried out in the square, many buildings were renovated and they acquired a modern look. The central figure of the square is sixteen marble columns joined by a bridge, supporting the sculptures of storks who symbolize peace and quietness from the earliest times. The alleys with green zones and beautiful fountains from their both sides are stretching from the colonnade to the Independence Monument. Under the monument there is a figure of a woman holding a baby in her arms – a symbol of Mother-Motherland. 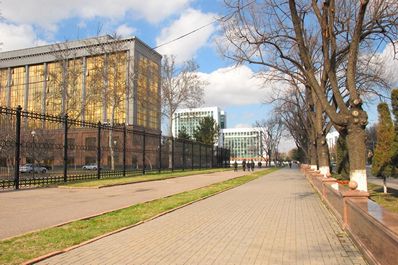 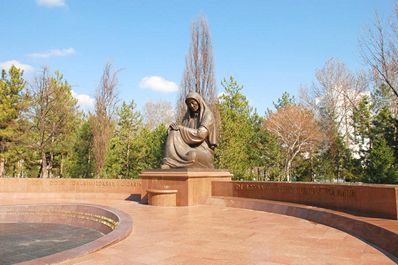 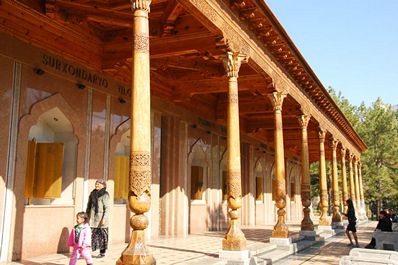 The square area is almost 12 ha. The government buildings and administrative institutions are located there. To the south from the Independence Monument there is an Uzbek Senate building. There was the Library named after Alisher Navoi at this place, but in 2003 it was moved to another place and a new building of the Uzbek Parliament Supreme Chamber was erected in the square instead. The edifice itself was built in a classic style; the central entrance represents columns with porches. There are government buildings and public offices opposite to the Senate building and sideways from the colonnade. A building of the Cabinet of Ministers of the Republic of Uzbekistan is also situated there.

Opposite to the administrative buildings from the other side of the central colonnade there is a park network. There is the Glory and Memory Alley in honor of the soldiers died in World War II. Along the both sides of the alley there are galleries decorated with wooden carved columns. These galleries have Memory Books, where the names of Uzbekistan people who died for their Motherland in the Second World War are written. The alley ends with a figure of a Mourner Mother with a Quenchless Flame circle in front. It became already a tradition among the Tashkent residents to come to the Mourner Mother Monument on 9 May and other holidays to lay flowers. The park network borders on the city river channel Ankhor, whose banks are covered with green grass almost the whole year long. This is a favorite resting place for the Tashkent residents. 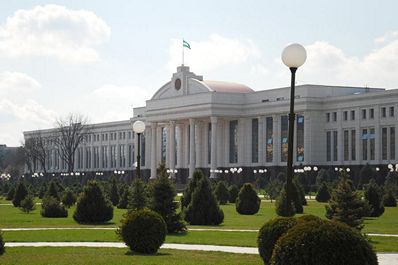 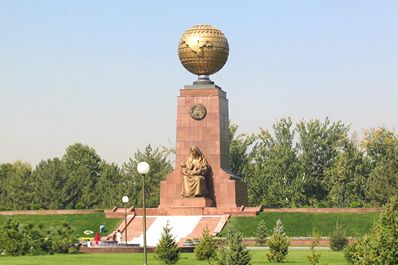 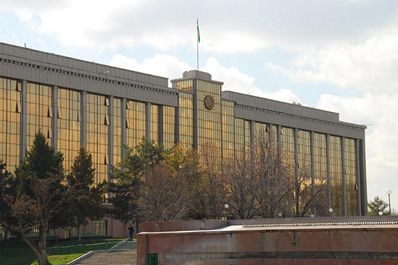