Solar Furnace in Tashkent Region is the brightest and most unusual sight in the vicinity. A gigantic 54-meter-high solar oven with a parabolic mirror, it can concentrate the sun's rays at one point and create temperatures over 3000° C in a matter of seconds. Its unique complexities and the fun activities now offered here promise to challenge scientific minds while entertaining visitors of every type.

This scientific laboratory and regional landmark is located 45 kilometers from Tashkent near the town of Parkent, on a hill above the village of Changikhisarak. It is known under several names, including Sun Furnace, Physics-Sun and Sun Institute of Uzbekistan, while scientists refer to it as "Heliopolygon" and "Heliocomplex". While this may sound confusing, history will help you to understand the origins of its many titles.

In 1940, a physical and technical laboratory was opened in Tashkent, which in 1943 was transformed into the Physicotechnical Institute. In the 1950s, Uzbek scientist Sadik Azimov founded a laboratory of cosmic rays at the institute, although the main focus of his work was nuclear physics. In the 1970s, Azimov began to develop the idea of renewable energy sources, and thanks to his initiatives, construction began on the Big Solar Furnace near Parkent in 1981. In 1986, when the research facility was nearly completed, a Physics-Sun research and production association was organized at the Physicotechnical Institute. In 1987, Solar Furnace finally opened. 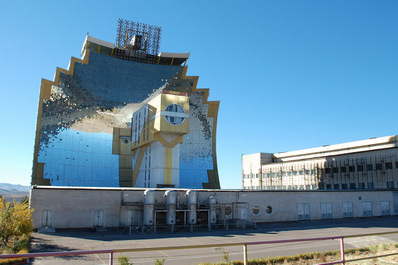 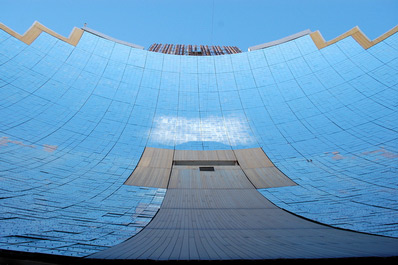 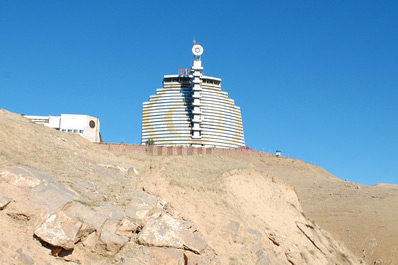 The solar oven, which scientists estimate to have a power of 1 megawatt, was long used to test refractory materials in the aerospace industry in order to create aeroshells for spacecraft. Various conditions could be created in the furnace, including a vacuum to simulate space and low pressure similar to the atmosphere of Mars.

The principle behind Solar Furnace is that heliostats (huge flat mirrors) reflect sunlight onto a gigantic parabolic concentrator, which focuses all the rays into one point inside a technological tower. The heliostats contain 195 small mirrors apiece and are also equipped with sensors that allow the positioning system to direct a beam of light to a specific point on the concentrator. Inside the technological tower is a special chamber in which unique conditions can be created, as well as special protective doors that regulate the amount of incoming light. 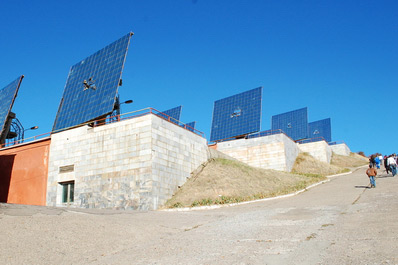 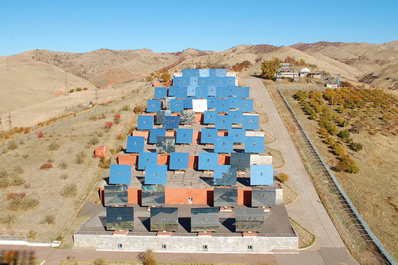 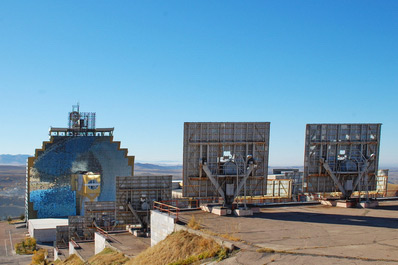 In the first years after the collapse of the USSR, the solar furnace near Tashkent suffered from lack of funding, causing research projects to nearly grind to a halt. Its work was finally restored after the Institute of Materials Science NPO “Physics-Sun” was opened in 1993. Today at the complex, research is conducted on the effects of high temperatures on various materials, new types of ceramics are tested and scientific experiments are carried out. The Physics-Sun complex is now also open to ordinary citizens and tourists.

During a tour of Solar Furnace in Tashkent Region, visitors can get acquainted with its history and structure, try to burn something in a miniature solar concentrator, climb the huge concentrator and take hundreds of photos with a variety of mirrors.

Advantour now offers tours to Solar Furnace near Tashkent! More information on the program and tour can be found here.