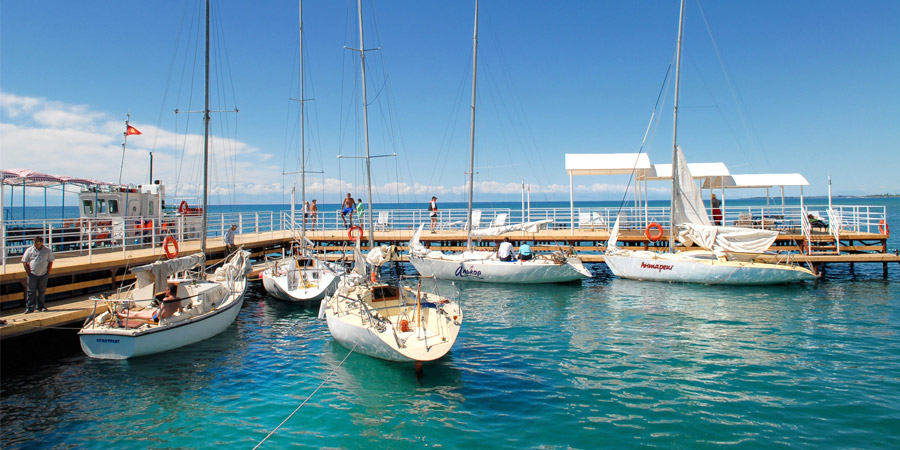 Tours, Attractions and Things To Do in Issyk-Kul

Issyk-Kul is the world’s second largest alpine lake, lying at 1609 m (5,279 feet) above sea level. Even though it is surrounded by mountains, Issyk-Kul never freezes, thus its name means “hot lake” in Kyrgyz. The lake itself is surrounded by protected marshlands, two mountain ranges, and many popular resorts and destinations, including Karakol and Cholpon-Ata.

There are many archaeological remains around Issyk-Kul, from the petroglyphs in Cholpon-Ata to remains of buildings and cities that lie under the waters (the depth and shape of the lake has changed over history because of earthquakes). The shores of Issyk-Kul were well populated, and were famous among travelers and merchants. Though Issyk-Kul was not well known in the western world until the arrival of Russian explorers in the 1800s, several Chinese travelers had written accounts of visiting Issyk-Kul as far back as the 1st century BCE. Issyk-Kul was a popular stop on the Silk Road too, and Barskhan (near Barskoon, on the south shore), was famous because of its position near the Bedel Pass from China.

After the decline of the Silk Road, starting in the 1400s, Issyk-Kul lost much of its prominence. In 1856, Pyotr Semeyonov-Tian-Shansky started off on a two-year expedition that would take him to the shores of Lake Issyk-Kul and made him famous in his native Russia. Issyk-Kul regained some of its popularity in Soviet Times, when the eastern end was used as a military base, and many resorts were opened on the shores. 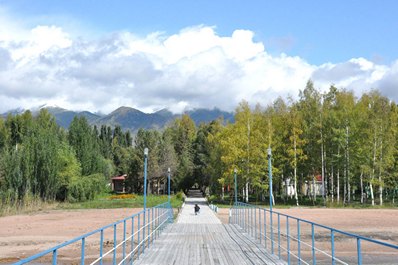 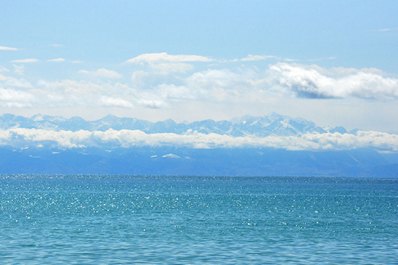 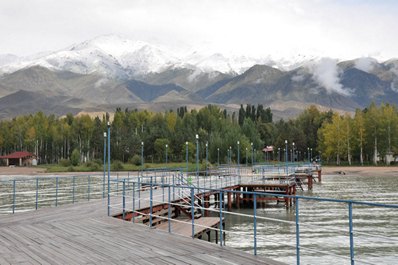 Issyk-Kul is well known for its many resorts, spas, and sights, all of which combine to make the region one of the most popular in Kyrgyzstan.

To the north of the lake are the Kungey (“sunny”) Ala-Too Mountains, and to the south are the Terskey (“shady”) Ala-Too Mountains. There are several famous gorges around the lake, including Boom Gorge, which the highway from Bishkek winds through. To the north of the lake are Grigorevka Gorge and Kyrchyn Gorge, and to the south are Barskoon and Fairytale (Skazka) Canyon. Near Karakol, at the eastern end of the lake, is Jeti Oguz, a famous red sandstone formation. Altyn Arashan is a perfect combination of trek plus a visit to hot springs to relax your tired muscles. Many treks leave out of Karakol into the surrounding mountains, some reaching as far as Khan Tengri and Pobeda Peak, the two highest mountains in Kyrgyzstan. 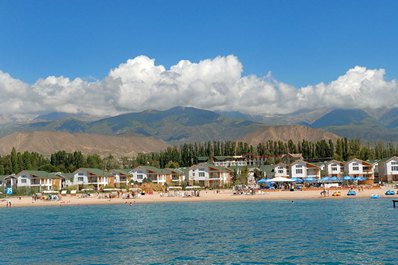 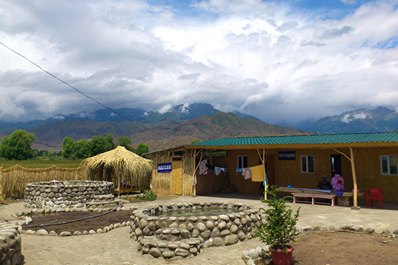 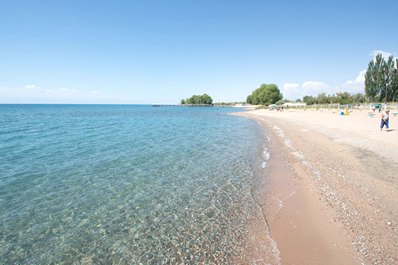 Many parts of the shoreline are sandy beaches, which is why many people flock to Lake Issyk-Kul in the summer (the region tends to be a little cooler than Bishkek, providing relief from the summer heat). Some parts are also marshland, which is why Lake Issyk-Kul is a protected marshland and a UNESCO Biosphere Reserve. There are also hot springs and a saline lake near the shores, which are popular among those who seek health and spa treatments. Salty Lake, on the south shore, is well-known for its very salty waters (like the Dead Sea), and people come to float and to use the water for medicinal purposes.

Tourism has been actively promoted since Soviet times, with resorts and hotels built along the shores. Today, there are a wide variety of options of places to stay, from yurt camps to luxury resorts and cottages. Cholpon-Ata is filled with vacationers in the summer, and boasts an open-air petroglyph museum. Both Cholpon-Ata and Karakol have museums displaying artifacts that tell the history of Issyk-Kul. In the winter, Karakol is famous for its ski resorts. The wooden church and Dungan mosque in Karakol are essential places to visit for those interested in the rich history of Issyk-Kul. 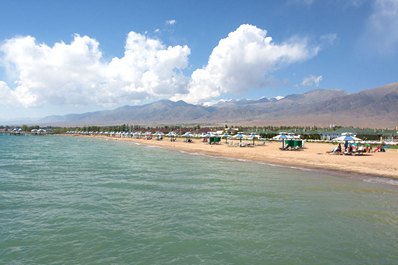 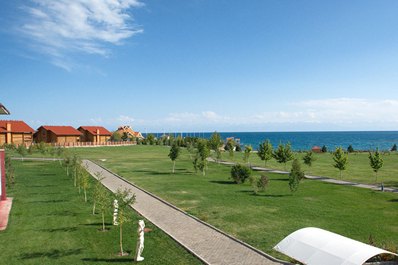 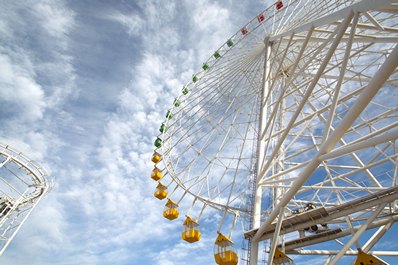