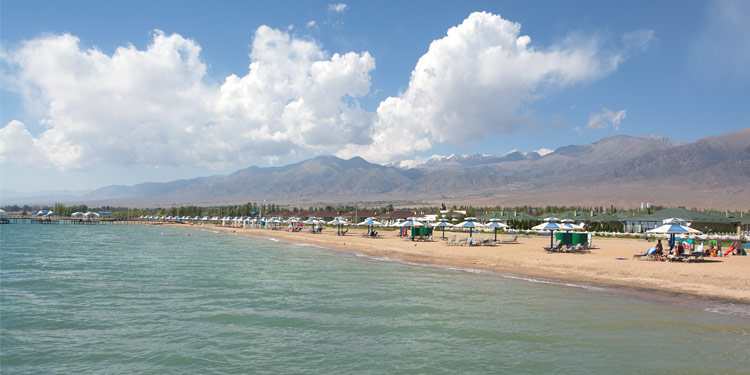 There are many legends about Lake Issyk-Kul, like about how it was formed and who passed by its shores.

One of the legends tells of a cruel leader who fell in love with the most beautiful girl. He ordered the girl to be kidnapped from her village and brought to the palace. However, the girl loved a common shepherd, so she rejected the khan’s love. The young shepherd was able to save the girl on his magical horse, Tulpar, but she was captured again by the khan. Preferring to kill herself rather than face captivity and the khan, she threw herself from the dungeon window. As punishment for girl’s death, clear mountain water rushed down into the valley where the khan’s palace was, and completely flooded the whole city. This was how the lake created. (Indeed, there are ruins of buildings and perhaps even a whole city under the waters of Lake Issyk-Kul.)

Another story concerns Timur (also known as Amir Timur or Tamerlane), who conquered large parts of Central Asia in the 14th century. The legend says that he required his soldiers to place a stone every time they marched past Issyk-Kul, and thus a count of the warriors was carried out. On the eastern edge of the lake is a stone ridge called Santash that resembles the one in the legend.