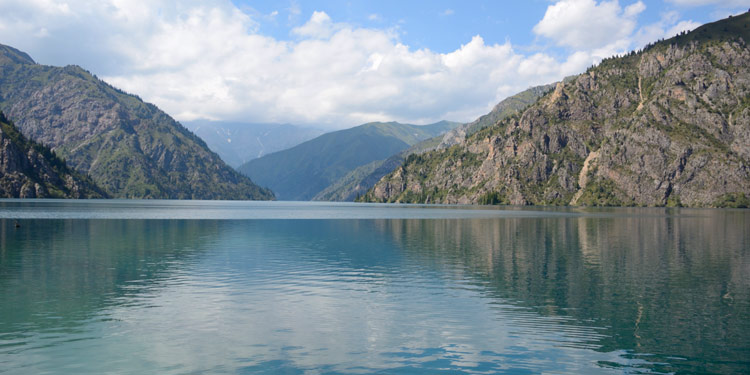 Thousands of years ago, where Lake Sary Chelek is today, there was a vast valley. To this place came priests in golden clothing, servants of the marine god Kho.

They established their city, Sai Kho, on the banks of the river in the valley, and lived there for many thousands of years. They worshipped their god, Kho, who had the body of a fish and the head of a man, and lived in a marble basin in the temple. Kho taught the local tribes to farm and breed cattle, as well as other trades.

The high priest among the people died every century. When he died, the priests chose the most beautiful girl from the valley and brought her to the basin. Kho would emerge from the basin and kiss the girl on the lips, and after nine months, she would deliver the child who would become the next high priest.

In this way, everyone lived peacefully in the valley for thousands of years. But suddenly, one day misfortune came. Enemies found secret pathways into the valley and burst into the city, killing almost all the priests and inhabitants. The high priest called to Kho for help fighting the enemies. Kho emerged from his basin, and filled the valley with a loud roar. Rocks crashed down and water rushed into the valley from the mountain peaks. All of the enemies were killed, and the water washed away the last remnants of the people and their god, Kho. This is how Lake Sary Chelek was formed, and where Kho may still live.