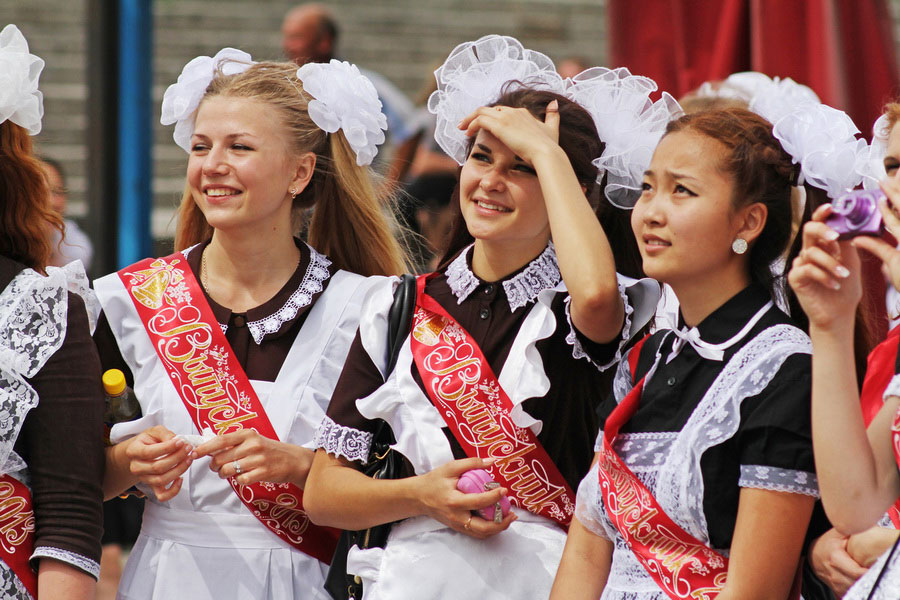 The custom of holding graduation balls appeared in Russia in the past few centuries. During the time of Peter the Great, aristocrats would grand receptions for any reason, and at the same time, it became stylish to send children to prestigious academic institutions. Girls were sent to finishing schools, while boys were sent to cadet corps. A new Russian tradition was also formed, whereby people started creating libraries at home to show of their status and education. This tradition has been preserved to the present day.

As for graduates, the end of school is usually marked with grand celebrations. This custom, in short, has created a celebration for children. For some though, these celebrations are a way to demonstrate their new status. For those graduating from upper grades, balls and dances are a way to dress as an adult, with girls wearing nice dresses and boys wearing suits. Depending on money, sometimes students will rent a limo and rent out a nice restaurant. For the more modest, celebrations are held in school auditoriums or at someone’s house.

In institutes and universities, students that successfully defend their theses have water poured on themselves as a celebration. Their celebrations are a little more comfortable, with students wearing comfortable clothing, and following meals in a restaurant with a trip to a nightclub.