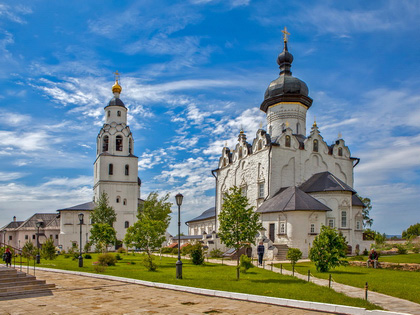 Travel beyond the national capital to experience a unique part of Russia, the vibrant and fascinating republic of Tatarstan. After touring Moscow’s highlights, discover the rich history and culture of the Tatars as you explore the regional capital of Kazan, the ancient Islamic city of Bolgar, and the Orthodox centre of Sviyazhsk Island. This Moscow and Kazan tour includes four UNESCO World Heritage Sites and numerous other historical and religious monuments.

Expand All   Collapse All
Day 1: Moscow – Arrival
Arrive in Moscow, meet your driver, and transfer to the hotel (check in is possible from 14:00). Free time. Overnight at the hotel.
Day 2: Moscow
After breakfast, take a guided tour of Russia’s capital city, Moscow. Like Rome, this is a city on seven hills. Your tour of the metropolis starts at Vorobyovy Gory (Sparrow Hills) in the south-west of the city. Elevated 78 metres above the river, these hills are Moscow’s main panoramic viewpoint. They offer excellent views of most of the city’s attractions: the Kremlin, Stalin’s famous “Seven Sisters” skyscrapers (such as the main building of Moscow State University), the modern Moscow City skyscrapers, the Presidium of the Academy of Sciences, Russia’s “White House”, Shukhov Tower, Luzhniki Stadium, and the Ostankino TV Tower. After visiting Vorobyovy Gory, descend to the Memorial Complex on Poklonnaya Gora (Victory Park) to see the Church of St. George the Victorious, the Triumphal Arch, and the major street of Kutuzovsky Prospekt. Then, visit the Cathedral of Christ the Saviour, one of the tallest Orthodox churches in the world. The original cathedral was destroyed in the 1930s by order of Stalin and only rebuilt in the 1990s. The cathedral has a 69m-high dome, on the inside of which are beautiful images from the New Testament. Continue the tour at the famed Red Square, walking past St. Basil’s Cathedral, Lenin’s Mausoleum, the famous GUM department store, the monument to Minin and Pozharsky, and the Tomb of the Unknown Soldier in Alexander Garden. The day ends at the impressive UNESCO-listed Kremlin and its cathedrals (closed on Thursdays). Overnight at the hotel.
Duration of sightseeing tour: 8-9 hours

During your free time in Moscow, we offer the following optional activities (at additional cost):
Visit to the Armoury in the Kremlin (except Thursdays);
Night city tour: ‘Evening lights of Moscow’;
River cruise on the motor ship ‘Flotilla Radisson Royal’;
Tickets to the Bolshoi Theatre, concerts, the circus, or other performances.

Day 3: Moscow – Kazan
After breakfast, check out of the hotel and transfer to the airport for your 11:05 flight to Kazan (825 km). Upon arrival at 12:40, meet your driver and transfer to the hotel to leave your luggage. Then take a sightseeing tour of Kazan, the capital of the republic of Tatarstan, with its more than 1,000 years of fascinating history. The tour starts at the Old Tatar Settlement, a unique open-air museum in Kazan’s Vakhitovsky District. The settlement’s founders were residents who didn’t want to obey the Moscow authorities after Ivan the Terrible’s troops captured Kazan. Al-Marzhdani, the first stone mosque built after the invasion, is considered the pearl of the settlement. Continue to other significant places in the city: Tugan Avylym (an example of a restored old Tatar village), the Kaban Lakes, the Tatar Drama Theatre named after Galiaskar Kamal, the Church of St. Barbara, and the Kazan Federal University, which occupies many of the city’s most beautiful historical buildings. On Freedom Square, see the Kazan City Hall, the Opera and Ballet Theatre, the Conservatory, and the government building of the Republic of Tatarstan. Then visit the Holy Cross Church, which hosts the Vatican copy of the famous Kazan Icon of the Mother of God. End the day’s sightseeing at the renovated Kremlin embankment, with a tour of the impressive Landowners’ Palace, built in 2010. Free time. Overnight at the hotel.
Duration of sightseeing tour: 5-6 hours
Day 4: Kazan – Bolgar – Kazan
After breakfast, drive to Bolgar (190 km), one of the former capitals of the historic state of Volga-Kama Bulgaria. The city of Bolgar was founded by the Volga Bulgars in the 10th century and later became one of the largest cities of the Golden Horde Khanate. Explore the Bolgar Historical and Archaeological Complex, a UNESCO World Heritage Site that encompasses various mosques, minarets, mausoleums, churches, bathhouses, and museums. See the Memorial Sign that was erected in honour of the official adoption of Islam by the Volga Bulgars in 922. Inside the building is a museum hosting the largest printed Quran in the world. Explore the Museum of the Bulgarian Civilization, which showcases many archaeological and historical artifacts of the Bulgar people, considered to be the forefathers of modern Kazan Tatars. Visit the White Mosque (Ak Mosque), which is dubbed Tatarstan’s “Taj Mahal”. Other highlights of the tour include the Bulgarian Settlement (Khan’s Palace), the Assumption Church, St. Abraham’s Well, and the Healer’s House, a museum of medieval medicine. Return to Kazan. Overnight at the hotel.
Duration of sightseeing tour: 4-5 hours
Day 5: Kazan – Sviyazhsk Island – Kazan
After breakfast, drive to Sviyazhsk Island (60 km). A fortress was built here in 1551 and the island was the base for Russian troops during the siege of Kazan. Despite its military history, Sviyazhsk became the centre of Orthodoxy in the Volga Region. This historic place, located on the “Round Mountain” and surrounded by three rivers, is accessed via a causeway. On the way, stop at the colourful Temple of All Religions, which aims to bring together buildings of 16 world religions in one architectural structure. Walk through the complex and enjoy the architecture and decorations. After arriving at Sviyazhsk Island, take a walking tour. Visit the Assumption Monastery with its 17th century frescoes (a UNESCO World Heritage Site), the Cathedral of Our Lady “Joy of All Who Sorrow”, a majestic five-domed church in the neo-Byzantine style, and the John the Baptist Monastery. Continue to the monastery stables and the Lazy Torzhok Complex of Historical Reconstruction, where you’ll be able to experience the atmosphere of Sviyazhsk in medieval times and buy souvenirs made by local craftsmen. From the observation deck at Rozhdestvenskaya Square, enjoy picturesque panoramic views of Sviyazhsk Bay. The tour ends at History Museum of Sviyazhsk, where you’ll see exhibitions on the history and cultural heritage of the Sviyazhsk territory. Free time. Return to Kazan. Overnight at the hotel.
Duration of sightseeing tour: 4-5 hours


During your free time, we offer the following optional activities (at additional cost):
Visit to the Tree Archaeology Museum;
‘Streltsy Fun’ interactive performance – a staged battle between Russian and Tatar knights at the time of Ivan the Terrible.

Day 6: Kazan – Moscow
After breakfast, check out of the hotel. Today’s guided tour is dedicated to the history of the capital of Tatarstan from ancient times to the present day. Start the tour at the Kazan Kremlin. This famous museum-reserve, a UNESCO World Heritage Site, is a unique complex of historical and archaeological monuments. These include the Kul-Sharif Mosque, which is the largest mosque in Kazan and one of the largest in Europe, Blagoveshchensky Cathedral, the Cannon Yard, the leaning Suyumbike Tower, the Presidential Palace, and the tomb of the Kazan khans. After visiting these monuments, take a walk along the pedestrian Bauman Street, the oldest street in the historical centre of the city. Its many attractions, which illustrate the city’s more recent history, include a famous “clock” sculpture, a monument to the opera singer Feodor Chaliapin, a 74-metre-high bell tower, a bronze copy of Catherine II’s carriage, and a monument to the Kazan Cat. After the tour, enjoy free time with a car and driver at your disposal. In the evening, transfer to the airport to take the 18:15 flight to Moscow. Upon arrival at 20:00, meet your driver and transfer to the hotel. Overnight at the hotel.
Duration of sightseeing tour: 3-4 hours
Day 7: Moscow – Departure
Breakfast. Check-out of the hotel (by 12:00). Free time until your transfer to Moscow International Airport. Departure. End of the tour. 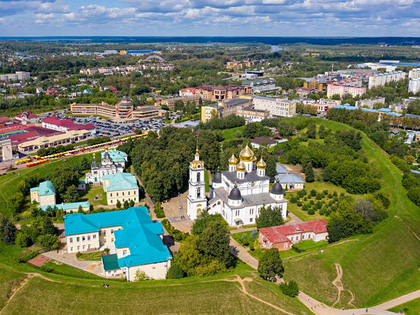 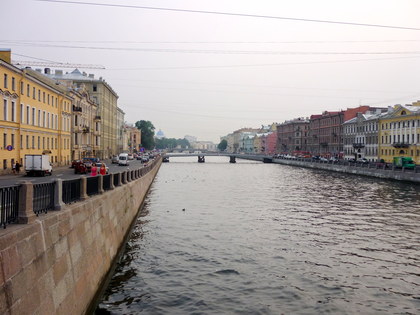 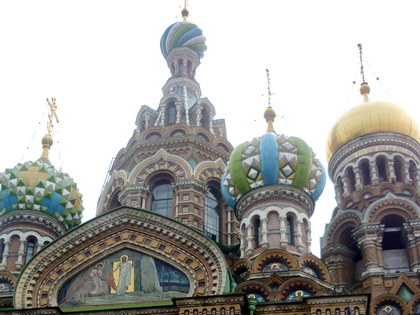 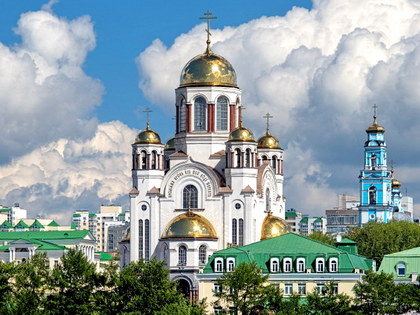