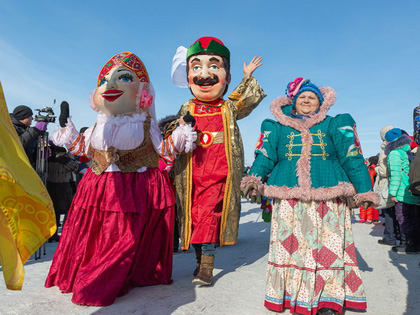 Discover the soul of Altai through its festivals, history, customs, and cuisine, while experiencing the fairy-tale Siberian winter. Join the Maslenitsa “Pancake Week” festivities, including tasting the famous pancakes, riding dog sleds, watching the ancient tradition of burning the Maslenitsa scarecrow, and enjoying the traditional dances. Visit hidden places that can only be experienced in winter, including “Swan Lake”, and the unique frost-free lakes, the “Blue Eyes of Katun”.