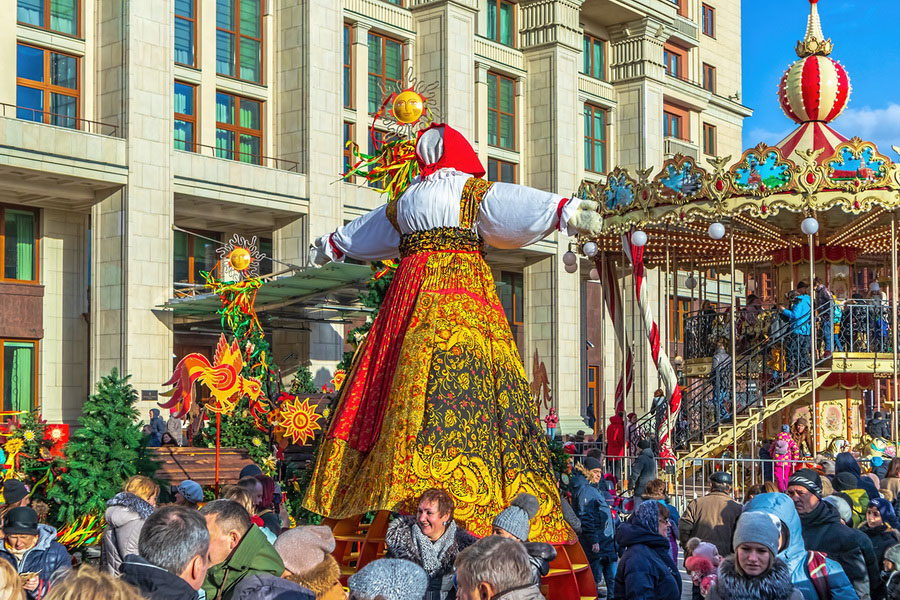 Perhaps the most cheerful holiday in Russia is the Pancake week (Shrovetide). This holiday is considered to come from pre-Christian times, when the Slavs were still pagans. 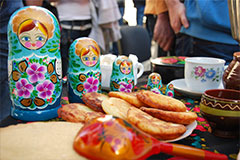 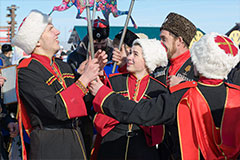 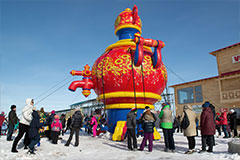 In the old days Maslenitsa was for remembrance of the dead. So the burning of the figure of Maslenitsa means her funeral, and blini (pancakes) – coliphia. But with time the Russians longing for fun and entertainment turned the sad holiday into jolly Maslenitsa with blini - round, yellow and hot as the sun, sledding and horse sleigh riding, fistfights and mother-in-law chatting. The rituals of Maslenitsa are very unusual and interesting because they combine the end of the winter holiday rituals and the opening of new spring festivals and ceremonies, which were to promote a rich harvest. 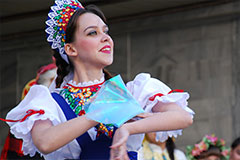 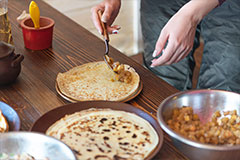 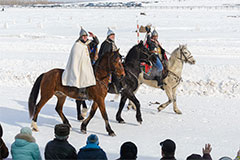 Maslenitsa is celebrated during the week preceding the Lent. Every day of Maslenitsa was devoted to special rituals.

On Monday Maslenitsa was welcomed. On that day people made the straw-stuffed figure of Winter, dressed it in old women’s clothing and singing carried it on sleigh around the village. Then the figure was put onto snow-covered slope that people used for tobogganing, which was considered not just fun, but the ancient rite, because it was thought that the one who came down the hill more than once was likely to have tall flax in summer.

Tuesday was called “zaigrysh” (game day). From that day on the whole village started all sorts of activities: sleigh riding, folk festivals, skomorokh (traveling actors) and puppet shows. The streets were full of people in carnival costumes and masks, who visited homes of their neighbors and organized impromptu concerts. Large companies rode troikas and simple sleighs.

Pancake Week in 18th century Moscow was hard to imagine without bear shows. Bear fun was very popular among all classes of the population of towns and cities, towns, and villages. Trained bears amused the audience, imitating girls putting makeup are in front of the mirror or women baking pancakes.

Wednesday - gourmand – opened feasts in houses with blini and other dishes. Each household had tables with delicious food, baked pancakes, and brewed beer. Tents selling all kinds of food appeared everywhere. They sold hot sbiten (drinks from water, honey and spices), nuts, honey gingerbreads and poured tea from boiling samovars.

On Thursday – revelry – came the climax of games and fun. It was then that the hottest fistfights took place.

If on Wednesday sons-in-law were treated with pancakes in their mothers-in-law homes, on Friday it was their turn to arrange evenings with blini. On the day before mothers-in-law had to send to their sons-in-law homes everything necessary for blini making: pans, ladles etc., and fathers-in-law sent a bag of buckwheat and some butter. The disrespect of the tradition from the part of a son-in-law was considered dishonor and insult; it was a reason for life-long enmity.

A special attention during Maslenitsa was paid to conjugal relations: the couples, married the previous were honored and celebrated. The newlyweds were put on the spot in villages: they were forced to each other in public, thrown at with old bast shoes and straw and sometimes could come to the home of newlyweds and kiss the young wife. Tradition required that they dress smartly and go to public places in painted sleigh, pay a call to all who had visited their wedding, and go down icy slope under accompaniment of a solemn song. Maslenitsa was the time of mutual visits of families, which recently became related.

Saturday was devoted to the visits of relatives paid to young wives.

Sunday was named “forgiveness”. On that day people asked each other for forgiveness for all grievances and troubles; in the evening people went to cemeteries and “bid farewell” to the dead. On the last day of Maslenitsa comes the most interesting event – saying goodbye to Maslenitsa - a solemn burning of the stuffed figure of winter. People threw the remnants of pancakes and food to the huge bonfire explaining their children that all the nourishing food disappeared in fire to prepare them for the Lent.

The end of Maslenitsa

Maslenitsa ended with the first day of the Lent – Clean Monday, which was considered the day of purification from sin and fast forbidden food. On Clean Monday people usually washed in a bath; women washed dishes, cleaning them from grease and remains of forbidden food. 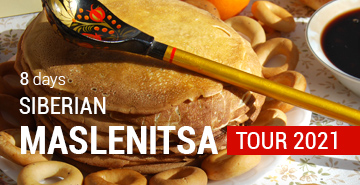