Khoja-Gaukushon is one of the largest ensembles of the city and includes mosque, minaret and madrasah. In past Gaukushon was the large trade square of Bukhara. It got its name due to the slaughter-house, which once existed on this site, because "Gaukushon" is translated as "killing of bulls".

In XVI century large madrasah and mosque with huge minaret were built on the square. That minaret yielded only to Kalyan Minaret by its size. Constructions on the Gaukushon square were erected with the money of Djuibar sheikh Khoja Saad, that was reflected on the name of the mosque and the ensemble in whole. 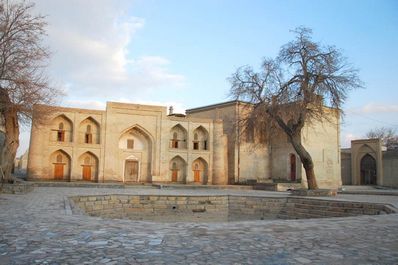 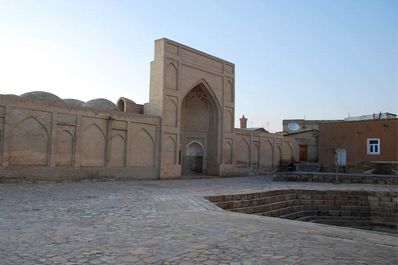 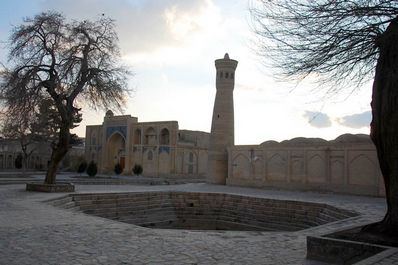