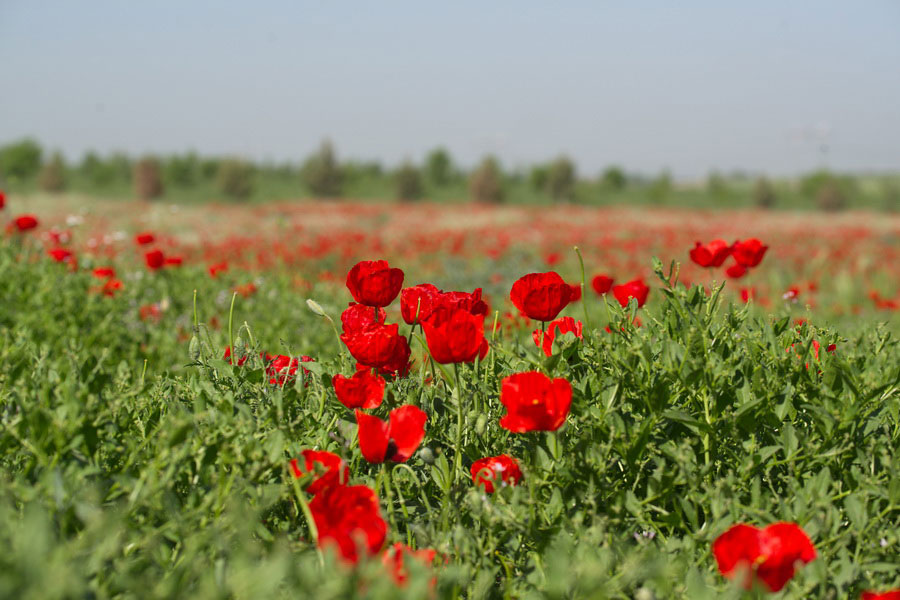 The Republic of Uzbekistan is located between the rivers Amu Darya and Syr Darya.The length of the territory from west to east is 1,425 km and from north to south - 930 km.

In the north-eastern the republic borders with Kazakhstan, on the east and southeast - with Kyrgyzstan and Tajikistan in the west - with Turkmenistan, in the south - with Afghanistan. The total length is 6,221 km of borders. Among them: the border with Kazakhstan is 2,203 km, Kyrgyzstan - 1099 km, 1161 km with Tajikistan, Turkmenistan and Afghanistan -1621 -137 km, correspondently.

The territory of Uzbekistan is a peculiar combination of flat and steep terrain. The plains are located on the south-west and north-west and consist of Ustyurt, the Amu-Darya delta and the Kyzyl-Kum desert. In central and south-western part of the desert are quite large mountain hill. Mountains and foothills, occupying about a third of the republic, are in the east and south-east, where the interlock with the powerful mountain formations in Kyrgyzstan and Tajikistan. The highest point of the mountains of the republic is 4,643 m.

Between the mountains there are valleys and plains. The largest valley is Ferghana. It stretches over 370 km. Its width reaches 190 km.The valley is surrounded by mountains from three sides and only from the West it is open.

For the natural conditions of the republic is characterized by high seismicity, there are known facts, when the tremors reached eight or nine points. In particular, a destructive earthquakes took place in Tashkent on 26 April 1966.

The largest rivers of both Uzbekistan and throughout Central Asia are Amu-Darya and Syr-Darya. The total length of the Amu-Darya River is 1437 km, and Syr-Darya river - 2137 km. Syr-Darya, exceeding Amu-Darya by length, is less by water content.