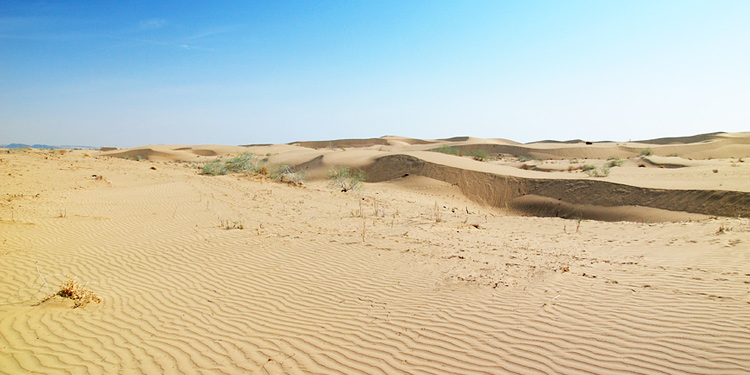 Over half of the Uzbek territory is covered by desert: the Kyzylkum, Ustyurt desert plateau and Aralkum formed on the former bottom of the Aral Sea. They are located in the country’s north-west, gradually descending from east to west. These vast lands are virtually uninhabited, small towns and cities can only be found in rare oases and on the banks of the Amu Darya River.

This is a huge desert in Central Uzbekistan, which stretches between the Amu Darya and Syr Darya on the territory of 300,000 m2. Its name is translated as “red sands”. The major part of the desert is occupied by sand massifs, with sand drifts ranging from 3 to 30 m in height. Along with sands, the sandstones, takyrs and even small ridges of residual mountains abundant with sharp rocks can be met there. The climate is sharply continental with unbearable heat in summer. However, sometimes it rains in spring and winter, and what is more some places have groundwater sources serving as cool oases for wildlife and humans. 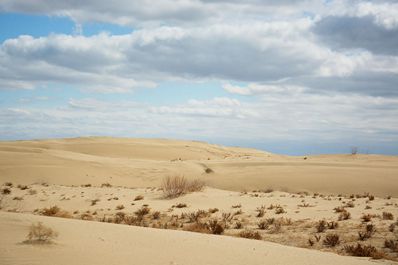 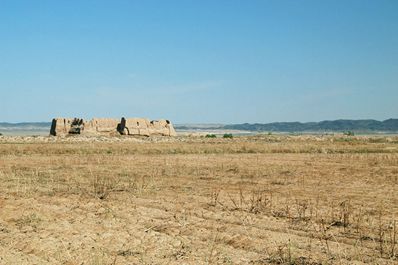 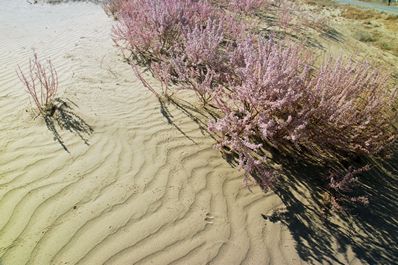 The Kyzyl Kum nature is very diverse. It is home to the antelope-gazelle, jerboa, various kinds of ground squirrels, the tolai hare, wolf, corsac fox, lark, jay bird, bustard, steppe eagle, owls, snakes (including venomous viper), lizards, varans and even turtles. The desert flora is also rich: wild tulips can be found in spring, sand sedge is common for the sands, while sagebrush and other shrubs, for the clay ground; white and black saksaul can also be met there.

The Kuzylkum population is mainly engaged in karakul sheep breeding. Land reclamation is common for the outskirts, development of deposits of useful minerals, for the center of the desert, near Uchkuduk, where large deposits of uranium, gold and other natural resources were found. A hundred kilometers to the south from Bukhara there is Gazli, the town known for one of the largest gas fields in Central Asia.

This is a new desert in Uzbekistan, located in place of the former bottom of the Aral Sea. Because of the abundance of salt it is sometimes called Akkum, translated as “white desert”. The Aral Sea began drying in the 1960-s, today this process is still going on. To date, the new desert area is estimated to reach 38,000 m2 and its size gradually increases. 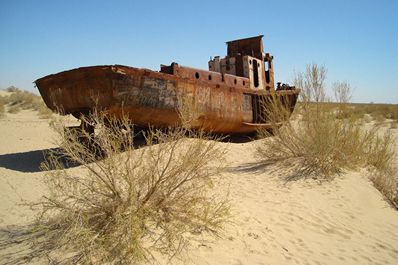 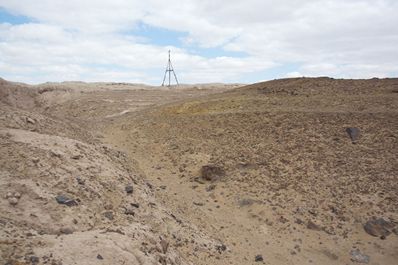 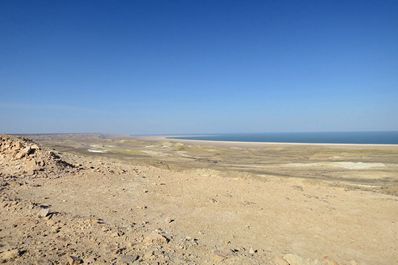 The plant community numbers only 300 species of shrubs and grass, while the wildlife is virtually absent. The reason for this is the huge amounts of salts, pesticides and toxic substances, brought by the waters of the Amu Darya and Syr Darya. Furthermore, regular dust storms raise fine particles of these substances and spread them over large distances - for example, some toxic substances from the Aralkum desert were found in Antarctica penguins’ blood, while dust particles, in Greenland and Norway.

However, the Aral Sea is known to begin drying out hundreds of thousands years ago and one beautiful day the Aralkum desert will disappear the same way as it once appeared.

Usturt is a plateau in Kazakhstan and Uzbekistan, located between Mangyshlak and the Bay of Kara-Bogaz-Gol in the west, the Aral Sea and the Amu Darya delta in the east. The plateau with total area nearly 200,000 km2 is a clayey and rock debris desert. There is also a land of sandy desert there. Read more... 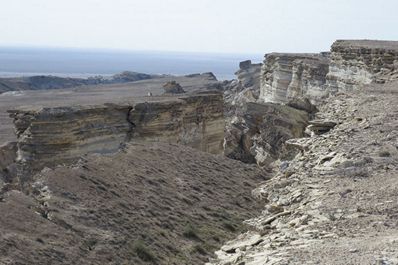 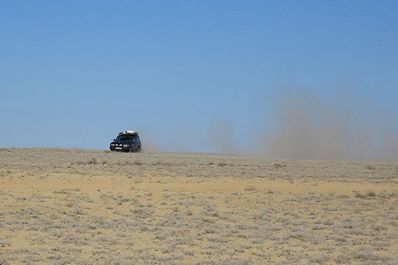 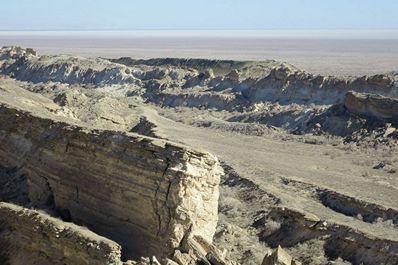