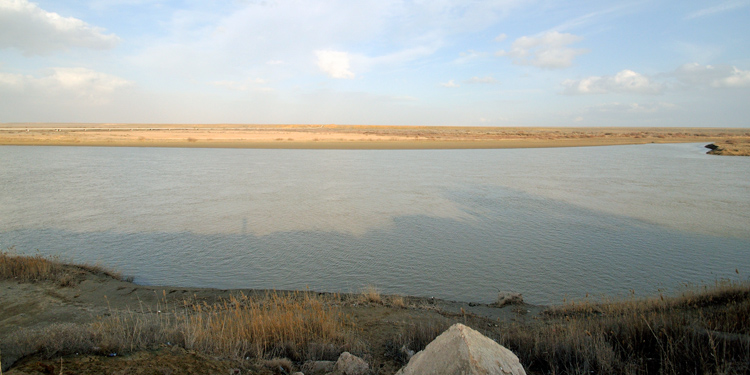 Large rivers in Central Asia became a cradle of the ancient states – cities and civilizations were born and died on their banks. The main arteries were Amu Darya and Syr Darya, fed by hundreds of small rivers flowing down from the Tien Shan and Pamir mountain ranges. For millennia, they have been used for irrigation, fishing and shipping.

The Amu Darya is the deepest river in Central Asia. Forming by the confluence of the Panj and Vakhsh, it rises in the territory of Tajikistan. Running 1400 km through the territories of Tajikistan, Afghanistan, Uzbekistan and Turkmenistan, it flows into the Aral Sea.

The name of the Amu Darya comes from the words “Amu” (the name of the ancient city of Amul) and “darya” meaning “river”. However, in ancient times it was called the Vakhsh in honor of Zoroastrian goddess of water and fertility. Today Vakhsh is only the name of its tributary. Moreover, at various times this majestic river was called as Rakha, Arankha, Dzheykhun, Okuz, Oksho, while Greeks called it Oxus during the Asian campaign of Alexander the Great.

Large cities appeared and disappeared on its banks, because sometimes it changed its direction in the lowlands, or flooded the settlements. To date such cities as Termez, Turkmenabat, Urgench and Nukus are found near the river.

Historically, the Amu Darya was actively used for navigation, but today small ships can only be seen near Turkmenabat. The lower reaches are used for fishing, while the upper ones, located in the Tajik territory, are built up with dams to generate electricity. The Amu Darya is mostly used for irrigation, which is so intense that its water can hardly reach the drying Aral Sea. 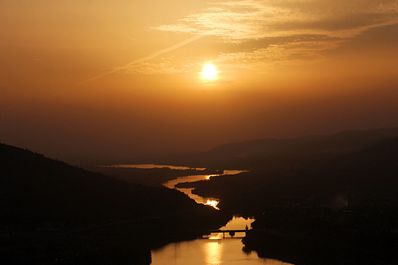 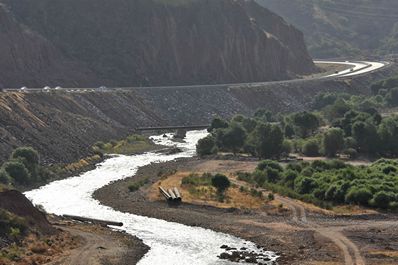 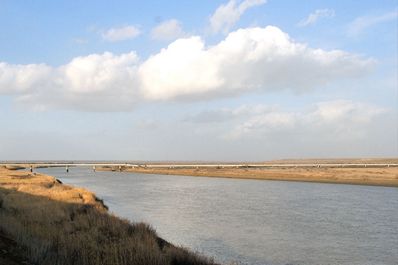 Syr Daya is the longest river of Central Asia. Its length is over 2200 km. It flows through the territories of Kyrgyzstan, Uzbekistan, Tajikistan and Kazakhstan. Syr Darya has its rise near Namangan, the Fergana Valley, at the confluence of the Kyrgyz Naryn and Kara Darya rivers. Running near Kokand, it crosses a small territory of Tajikistan with ancient Khujand city located on its banks and then re-enters Uzbekistan, now southward of Tashkent. However, the major part of the riverbed runs through Kazakh steppes, where such cities as Kyzyl-Orda and Baikonur were built. Two thousand kilometers further to the north of Central Asia, the Syr Darya flows into the Small Aral.

In the middle and lower reaches, the Syr Darya is very wandering, and has many overflow lands and a channel, overgrown with reeds and tugai forests. These river overflows are generally used for agriculture to grow rice, gourds, and even to set up full-sized gardens. The Syr Darya delta is boggy, here and there forming small lakes.

In addition, the Syr Darya has a hydropower station and several reservoirs, the most famous among them are the Kairakkum and Chardarya reservoirs. An interesting fact is that during the flood of 1969 the Chardarya reservoir dam was not able to withstand such volume of water. So it was decided to divert the water to Arnasay lowland. This is how Lake Aydarkul was formed. In subsequent years, due to repeated floods, it reached its current volume, becoming the second largest lake in Uzbekistan.

For millennia, the Syr Darya was one of the factors for emergence of cities. In ancient records the river was mentioned under various names, often associated with these cities. However, ancient Greek authors called it Tanais, although the same name they gave to the Russian Don. It was also known as the Yaksart, translated as “pearl river”. The origin of the present river name still stirs up a dispute among the scholars; however, the most convincing version is that it originated from the name of the Turkic tribe Shir inhabiting the Syr Darya riversides at the time. 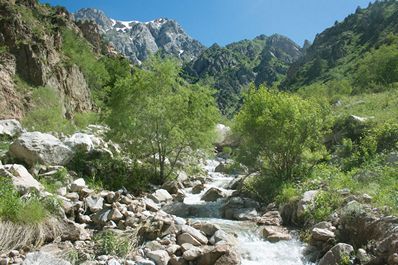 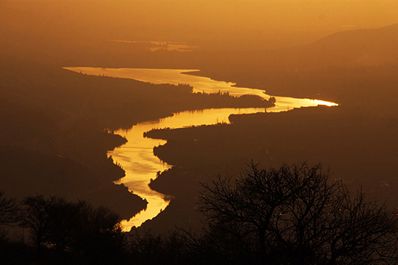 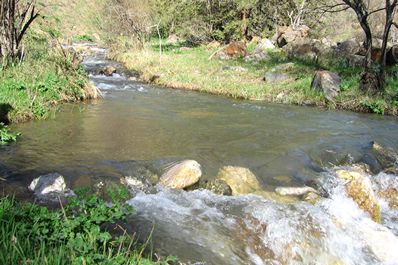 The Zerafshan River, sometimes called Zarafshan, cannot compete with the Amu Darya and Syr Darya in terms of flow and length, but is no less important in the history of Central Asia. Rising in the depth of Zeravshan Mountains, it flows, one half of its length, in the territory of Tajikistan, gradually dissolving in the lands of Uzbekistan. From time immemorial, the river played even a more important role than the Amu Darya, whose tributary it was. Zarafshan is translated from Persian as “gold-bearing”. Ancient Greek historians called it Politimet, which can be translated as “multi-revered”, while Chinese travelers called it Nami which meant “noble, revered”.

Its banks are home to pearl-cities of Central Asia: Samarkand was founded on the Zerafshan River 2700 years ago, and Bukhara, in its downstream. The banks of Zarafshan are also known for an ancient encampment of the Neolithic era – Zamanbobo, and the ancient city of Sarazm, whose ruins are now included in the UNESCO World Heritage List. In addition, along the river there are also such cities as Pendjikent (Tajikistan), Navoi (Uzbekistan) and many small towns.

The river length is 877 km, and if the Zarafshan is fed by numerous tributaries in its streamhead, its lower reaches, in their turn, feed numerous channels, which take 85percent of water to irrigate 560,000 ha of lands. We can say that the Zarafshan “feeds” the multi-million population of Central Uzbekistan. Furthermore, Tajikistan plans to build several hydroelectric power plants on its banks. This river has a great value for people of the whole region.