Mizdakhan necropolis, ancient cemetery, located next to the remains of the Gyaur-Kala fortress, is one of the oldest and most visited pilgrimage sites of Karakalpakstan. The fortress received its name during the Arab conquest, and means “a fortress of disbelievers”, as scientists found that the inhabitants of the fortress used to be Zoroastrians before the Arab conquest. 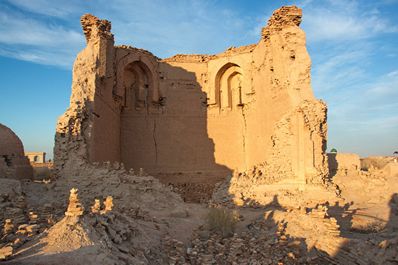 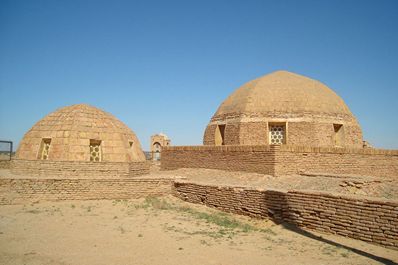 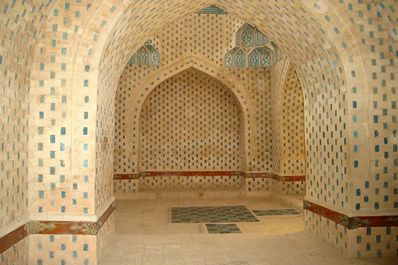 The whole complex of monuments is located on three hills 3-4 km south of the city Khodjeyli in Karakalpakstan. How Mizdakhan became a place of pilgrimage for Muslims? Most likely, Gyaur Kala appeared first. The emergence of the settlement dates back to the 4th century BC. At the first view on the fortress, the power of its ten meters thick walls makes a strong impression, its remnants continue to protect the ruins of the two city citadels, one of which, as believed by archeologists, used to be a construction at the palace, and another one - the Temple of Fire. 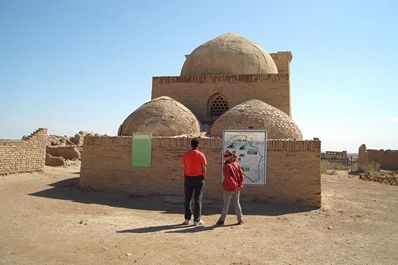 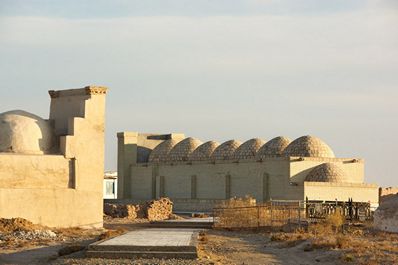 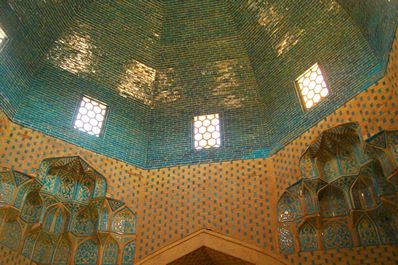 The other hill, opposite the fortress, was originally a place for there Zoroastrian cemetery where residents of the fortress buried their dead. This is evidenced by the ossuaries (vessels for burial) discovered by archaeologists, as well as something like dakhma - a tower with a flat roof, where Zoroastrians would leave their dead. Birds chews their bones, and relatives collected the bones and piled in ossuaries. 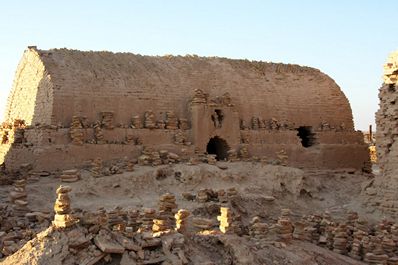 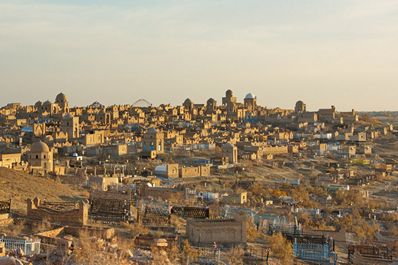 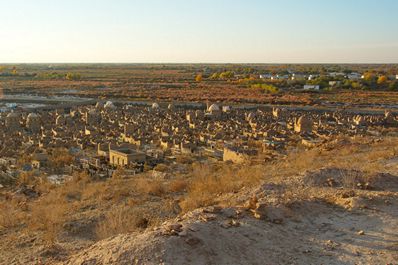 In the 8th century, after the capture of the fortress by the Arabs, the religion of Zoroastrianism was destroyed in all the open spaces of Central Asia, and the dead were buried according to Muslim rites. Legend has it that Adam's grave is located in the Mizdakhan, this is what contributed to the fact that the necropolis was turned into a holy place. Also, a mausoleum that was erected over Adam's imaginary grave has a special religious meaning. This so-called 'Apocalypse Clocks' and hourglass. Each year a brick falls from the walls of a building, according to legend, when the last brick falls, the end of the world will begin, so the pilgrims try to put the bricks back in construction, believing that God hears their prayers and save them.