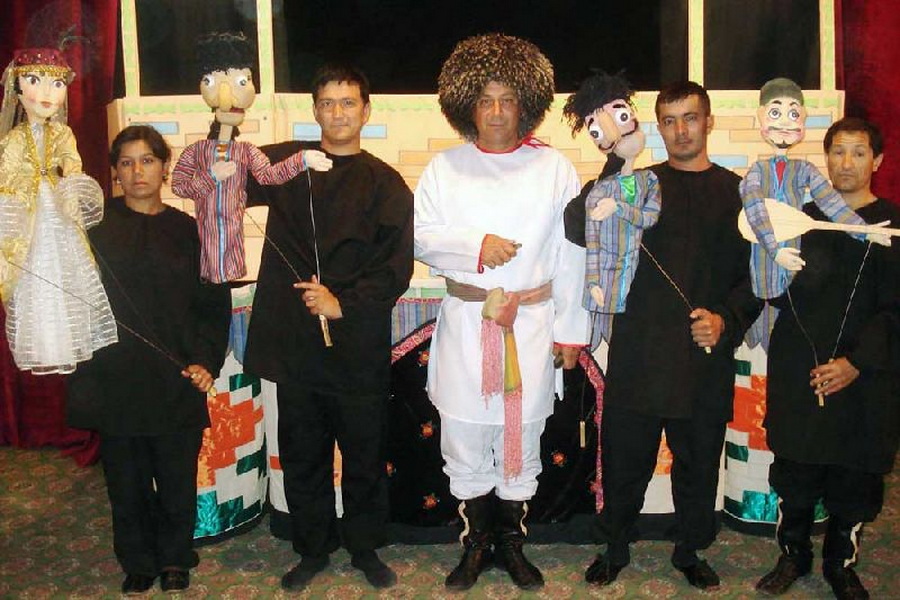 Performances are available on request

The Puppet shows are an old-established tradition in many countries. In the Middle Ages puppet plays for people were arranged at noisy, crowded squares during fairs and folk festivals. On the primitive, jumped up stage with a screen, they showed mini-scenes from the life of the common people, the rich and the poor, loyalty of lovers, friendship and betrayal.

The tradition of puppet theater in Uzbekistan dates back to the VI-IV centuries BC, to the reign of the Achaemenids. However, it was not until the XIV century, in the reign of Timur and Timurid, when the puppet theater obtained wide acceptance. Especially popular over the course of history were the fantoccini and glove puppets. Even today puppet performances are represented in theater arts of Uzbekistan.

Among the contemporary puppet theaters of Uzbekistan, the State Puppet Theatre of Khorezm region, located in Khiva, differs with its special coloring. This is the only puppet theater in Uzbekistan, where one can still feel the spirit of the medieval bazaar performances: the theatrical, puppets, plots, style of live action take the audience back to the past centuries. That's why, the Khiva Puppet Theater is so popular not only among the people in Uzbekistan, but it is also welcomed with enthusiasm by foreign audiences. 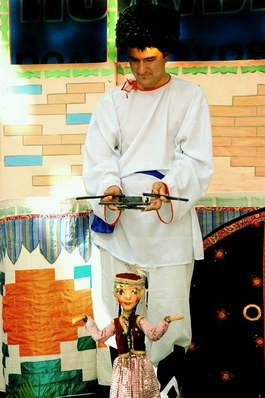 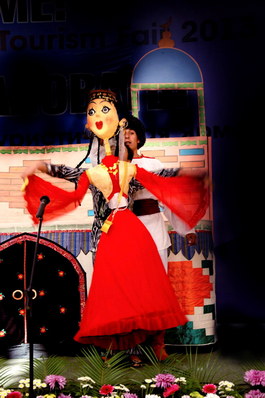 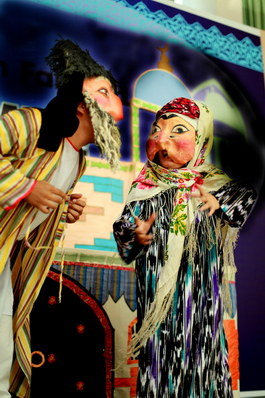 Thus in 2011, the theater presented the play “Khiva Lazgi” at the First National Puppet Theater Festival in Baku , where it was awarded with an honorary diploma, and at the end of September 2013 the theater was a great success at Darmstadt and Frankfurt (Germany).

The theater history is no less interesting than the theater itself. Twenty years ago, there was a puppetry hobby group functioning in Khiva. Thanks to the support of the local administration, in 1993, a 289-seat puppet theater, the first and only in the Khorezm region, was opened in the Ichan -Kala historic building of the 30-s of the last century. Its first troupe included the members of the former hobby group. Today’s team consists of 20 people, with young and talented guys and girls among them. The stagecraft of puppeteers they adopt by old Uzbek traditions – usto-shogird (from master to apprentice). 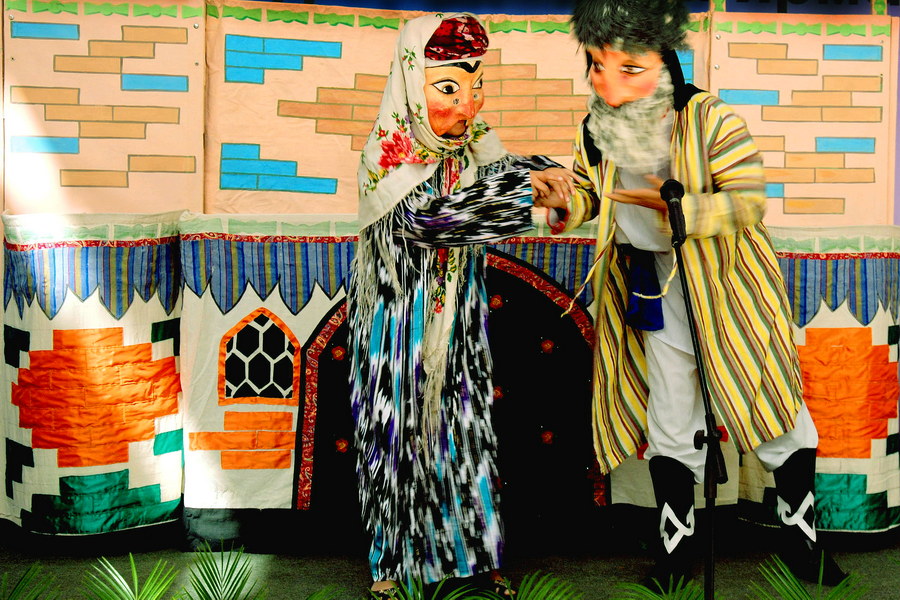 The artists not only stage the plays, but also prepare scenery, sew dolls and clothes, play musical instruments, dance and sing. The theater repertoire consists of folk and children's programs, which include about 60 performances. The most popular are “Khiva Lazgi” and “Khon Kabuli”, the hero of many performances is the people's favorite Khoja Nasreddin. The performances are staged in Uzbek, but they are planned to be translated into other languages. However, even in Uzbek the performances are understandable; their stories are simple and funny, while their live action is so expressive that everything is clear without words.

Currently, the theater building is being renovated, the treatment against termites that heavily damaged the building are underway. The repair work will be completed in 2022. And for a while the theater holds the performances in the building’s main lobby or organizes guest performances for tourists on invitation of travel agencies. The ticket price is token - $ 10, but money is not the most important point for the theater artists: the joy in enjoyed from a grateful admiration of the audience.