The construction of the Tilla-Kori Madrassah was commenced in 1646 by the order of the Samarkand ruler Yalangtush Bakhadur and was finished only in 1660. It is the final building in the Registan architectural Ensemble. It was built on the site of caravan-saray, which had existed for over two centuries. The name of the Madrassah is derived from the rich golden decoration on the faсade. “Tilla-Kori” is translated as “decorated with gold”. Square-shaped building of the Madrassah fills the whole area between the Ulugbek Madrassah and the Sher-Dor Madrassah. The façade, faced to the square is symmetrical and consists of the high portal and two floors of arched niches, flanked with towers. Khudjras (cells), intended for students, look on the large inner yard. 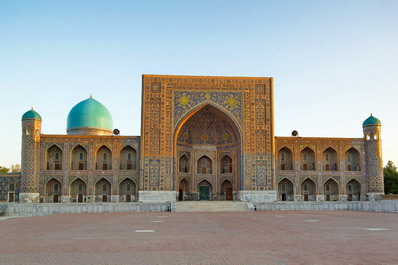 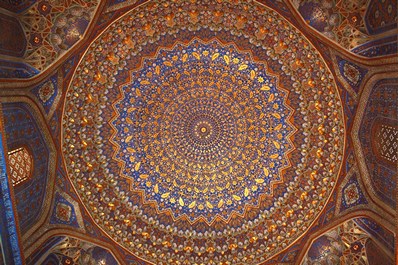 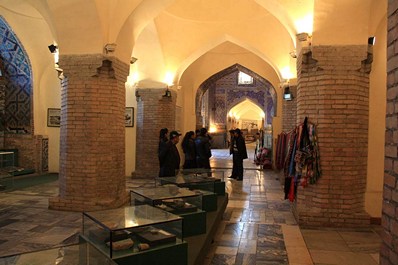 The entire building is lavishly decorated with various herbal ornaments and linear patterns. The major part of decoration was lost, but due to efforts of restorers it was recovered in the second half of XX century. In 2001 this beautiful monument of the Central-Asian architecture was included in the UNESCO World Heritage List.

In the western part of the Madrassah there is the mosque, crowned with the big glazed dome. Its inner decoration amazes by the quality of the gold, applied by the method of “kyndal”. For a long time this mosque was the main mosque in Samarkand. 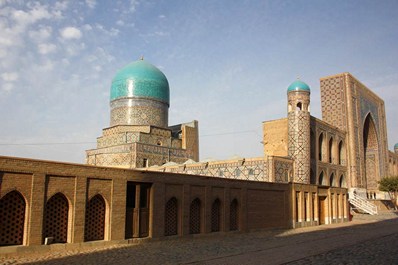 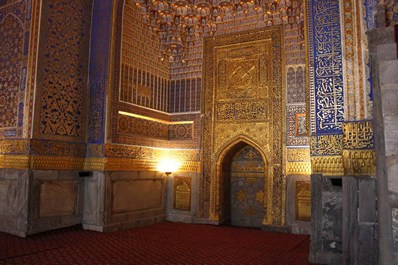 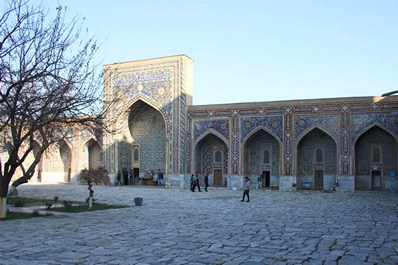