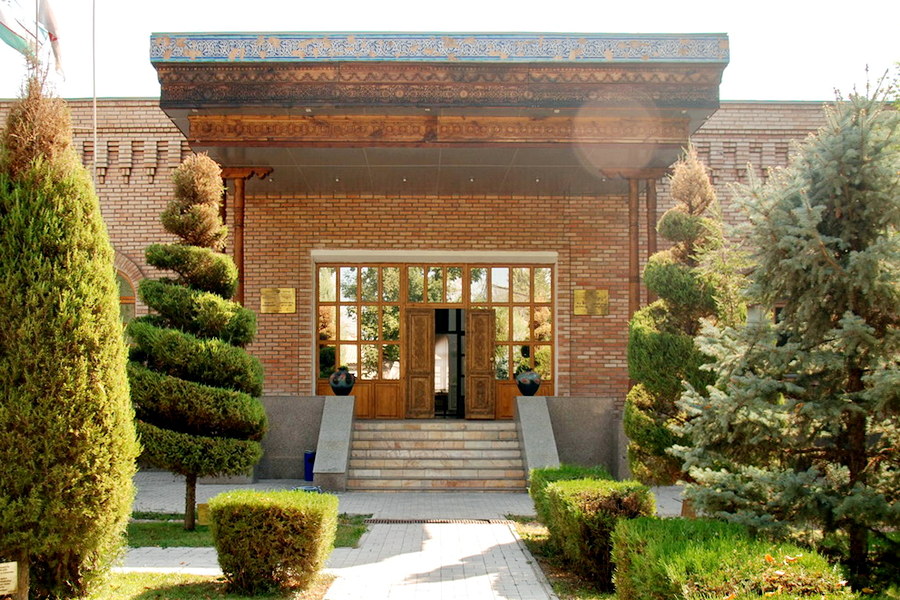 The International Caravanserai of Culture in Tashkent is a unique object that is both a museum, and scientific and cultural center. It was opened in 2002, following a meeting of the two cultures of the East. The Chairman of the Academy of Arts of Uzbekistan Tursunali Kuziev and the famous Japanese painter Ikuo Hirayama during a meeting held in Japan in 1999, came to the idea of setting up a cultural center in Tashkent dedicated to the history of the Silk Road.

The name of the museum is associated with a caravanserai of the past, because it was a resting place for traders and travelers, who followed the Silk Road. There they got acquainted, conversed, shared stories about their countries, customs, and way of life – it was the way how cultural interexchange between the East and the West took place.

The Caravanserai of Culture of Ikuo Hirayama works at studying of the Silk Road history, attracting museums and research centers from other countries, organizes archaeological expeditions, and popularizes this huge layer of culture covering many countries of Asia. In addition, the objects brought from site excavation are studied there - it has a modern laboratory for this purpose.

The International Caravanserai of Culture consists of two buildings. Building “A” houses a library with a collection of books and magazines on the Silk Road, a conference hall, and working premises. In Building “B” there are one large and two smaller exhibition halls, as well as laboratory and scientific and creative workshop, where renovators work, using the achievements of Japanese experts.

In addition to the above, it is worth noting that in the International Caravanserai of Culture of Ikuo Hirayama there is the Friendship Garden, with evergreen cypresses and other trees planted by well-known political figures. There is also the “Hiroshima Peace Stone” with an engraved female image: this stone plate was once a piece pavement in Hiroshima, and today it is a symbol of peace on the planet.