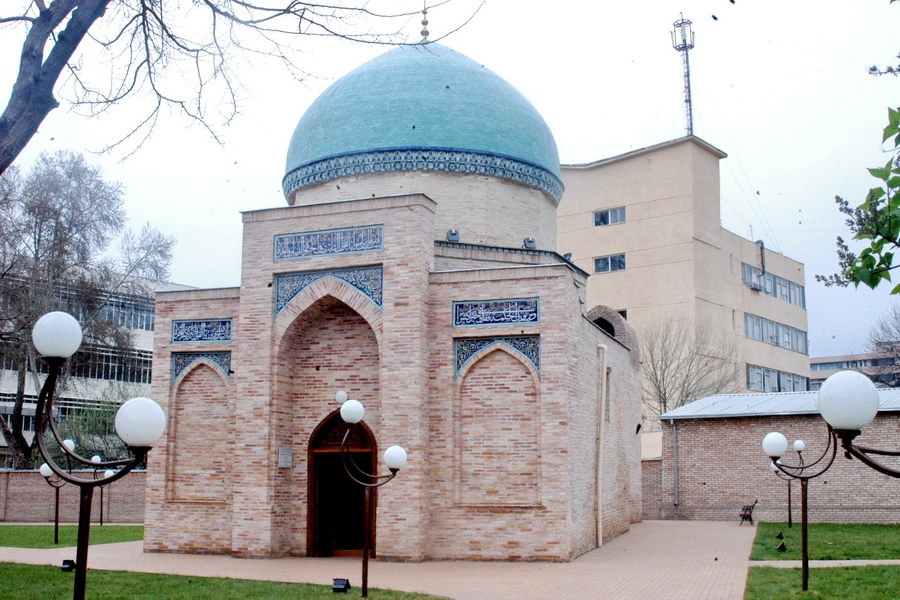 The memorial complex of St. Sheikh Khovandi Takhur who lived in the XIV century, includes three buildings: the very tomb of Sheikh Taur (XV-XIX century), tomb of Kaldirgoch-biy (XV century) and the mosque.Both tombs include space for two zierathona (a place of worship and praying) and gurhona (a tomb). Tomb is crowned by a semicircular dome.

According to legend, the resistance of Zhungar families was headed by Tolebi, the ruler of Tashkent who originated from Kazakh tribe Dulat.According to folk legend, when innumerable hordes of Jungars started moving from the East, people fled in panic and left their homes. But Tolebi has not left his home. The head of Jungars ordered to bring him a judge and asked whether he was afraid of nothing. Tolebi said he did not want to dismantle his tent, not to destroy the nest of a swallow with newborn chicks. The confession touched the severe Jungar touched and he did not cause any harm the righteous and his relatives. Since then, Tolebi became known as Kaldirgoch-biy – “host of Swallow”. Subsequently Kaldirgoch-biy inspired the people to fight against Dzhungars, and after the expulsion of the foreigners, he was elected a governor of Tashkent. After his death he was buried with great honor next to the tomb of Saint Sheikh Khovandi Takhur.

The mosque complex was built recently, at the expense of the Muslim diaspora in Kazakhstan, as they often come to the tomb Kaldirgoch-biy. An ancient mausoleum of Yunus-khan (XV century) is also within the complex. Yunus Khan Mogolistanskiy (1415-1487) was one of the rulers of Tashkent.