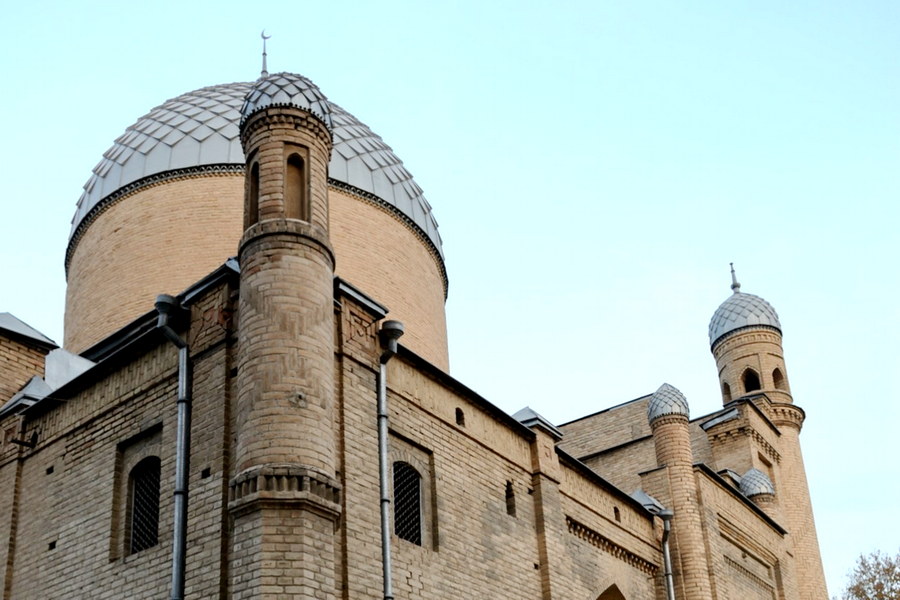 Sheykh Zayniddin-bobo was born in Baghdad in 1164. His father was Shakhobiddin Sukhravardi, the founder of suhrawardi sufi order, poet and sheikh, leader of Baghdad sufis. In youth Zayniddin was sent to Tashkent to spread and preach the teachings of his famous father. Zayniddin settled in Kukcha, one of the four ancient districts of Tashkent, where he lived all his life. Sheykh Zayniddin read lectures, devoted himself to enlightening people and developing the spirituality. Most of his time Sheykh Zayniddin spent in his cell, the so-called chilla-hona, where he prayed for welfare of people. In hard times, when Transoxiana was in ruins after the Mongol conquest and Tashkent was being rebuilt, Zayniddin played an important role as a nationwide spiritual mentor. For his wit, wisdom and erudition, people called Sheykh Zayniddin as “bobo”, meaning “grandfather”. Honored by many, Sheykh Zayniddin-bobo passed away at the age of 95, and was buried on the territory of the cemetery Veloyat. They say, that there are some of his descendants still living in Tashkent.

In the memory of Zayniddin-bobo, in the end of the 14th century, there was built a mausoleum in Kukcha, and the order to build was given by Amir Temur. There not only the mausoleum attracts people, but the “chilla-hona”, an ancient two-store cell by its side that became the main shelter of Sheykh Zayniddin. This monument of ancient architecture dates back to the 12th century, it is the oldest functioning building in modern Tashkent. Initial brick laying of the cell had been plastered, and the floor has been refurbished, but under all these layers there are real ancient walls that still have the memory of the events from the times of Zayniddin-bobo. It is interesting that the cell is remarkable not only with its antiquity.

The Mystery of Zayniddin-bobo Cell

In the beginning of the 90’s of the 20th century, during measurement and reparation works of the building, it was found that the cell was equipped as a basic observatory to observe astronomical occurrences. There are special holes in the lower and upper domes of the cell that are on one axis, but the line connecting them lies on the platitude of Tashkent meridian. This line makes a corner with the horizon that is the corner of the highest rise of the sun over Tashkent on the summer equinox. From the lower part of the cell, it is possible to observe the sun during the day and sky objects at night once a year. And niches in the walls show the direction of eight rhombuses (divisions) of the compass. This cell is the only one of its kind in the world built as an observatory. Thus, we came to the understanding of one of mysteries –why the cell was called Hill of the Wise in the ancient times. There are many rumors and myths around the cell, one of them tells that once there was an underpass beneath his cell leading directly to the mausoleum of Kaffal-Shashi.