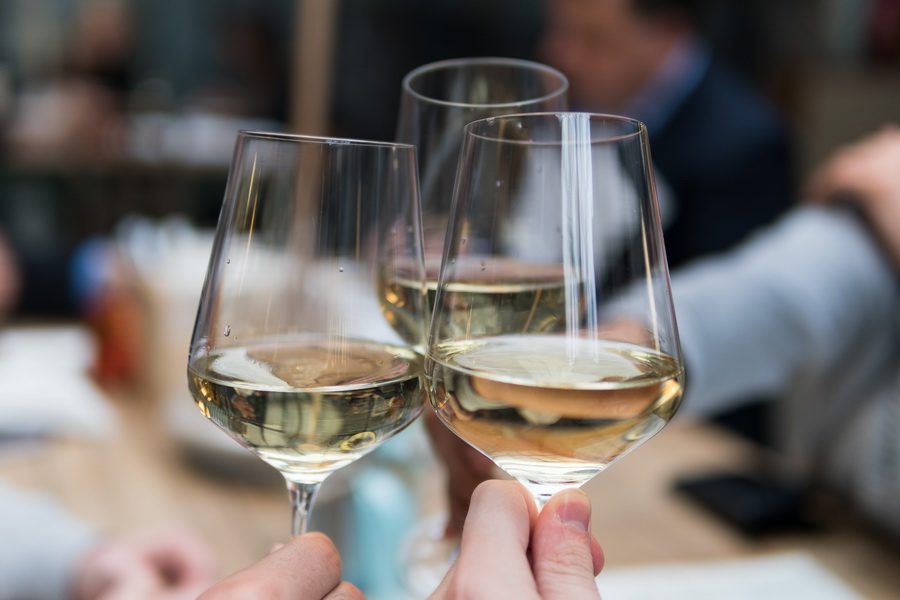 "Wine fills the human heart with joy, and joy is the progenitor of all virtues."
Johann Wolfgang von Goethe

Wine tasting in Tashkent may be a new concept, but it stems from one of the oldest drinks in human history. This noble beverage, having been imbibed almost as long as water itself, was drunk in ancient Greece during symposia, passed down in the form of wineries from one generation to the next among the pharaohs of Egypt and included in the diet of the soldiers of many famous military leaders thanks to its medicinal properties. In the Middle Ages, wine was even considered safer to drink than water due to the heavy pollution found in many aquatic sources. Today, grapes are grown the world over, and many celebrations and ceremonies just would not be complete without wine.

The sunny climate of the foothill plains of the Tien Shan Mountains, where modern Tashkent, Uzbekistan is located, has always been favorable for grape growing. In Parkent District of Tashkent Region grows an indigenous grape variety called "Soyaki", which has been cultivated by local winegrowers for centuries. Despite this fact, wine does not play a central role in Uzbekistan’s national cuisine. Due to religious and cultural factors it is not customary to drink wine, particularly in rural areas.

In spite of the favorable climate and the volume of grapes grown in the area, wine production on an industrial scale only began in the region after a merchant and industrial pioneer named Ivan Pervushin opened the first distillery in Tashkent in 1867. The number of local wineries continued to grow, and by the turn of the 20th century there were more than 10 of them in Turkestan Region.

During the Soviet era, much effort was put into the development of vintage wine varieties in Uzbekistan, and with time the quality of local wines was comparable to those from Georgia and Moldova.

Today, Uzbekistan’s wine industry is again undergoing a revival, with many wineries producing excellent, competitive drinks. The wine tasting culture is also gradually returning to Uzbekistan’s capital. Several private wineries in Tashkent Region invite guests to observe wine production and sample their products, while establishments specializing in wine have started to increase in the city itself.

A day trip to one of the out-of-town wineries is an opportunity not only to taste the local wine but also to enjoy the wonderful rural landscape that lies just outside the city. Parkent District in Tashkent Region in particular possesses a unique environment, and thus most of the grapes used by the Tashkent wineries are grown here.

Notable wineries in Tashkent Region include the Chateau Hamkor Winery, a plant which produces full-cycle wines on the more than 400 hectares of land at its disposal. Most of its products, including wine materials and bottled Uzbek wines, were exported by the winery, leaving only about 2% of its products for the local market. In 2020, the plant decided to expand its line of wines offered locally, and it now also offers regular wine tasting tours.

Chateau-Hovli (Chateau Farmstead) is a new concept of farm wineries in Uzbekistan. Within the framework of the project, several small farms have united to provide a full range of services, from accommodation in guest houses in Parkent District to Tashkent wine tastings, including taste testing of unique local grape varieties.

Less than an hour's drive from Tashkent, in the Kibray District of Tashkent Region, lies a cozy family winery called Uzumfermer (Grape Farmer). The winery has a themed garden, a restaurant and a hotel. The Uzumfermer wine tour includes a walk through the garden, exploration of the vineyards and greenhouses and samplings of local homemade wine.

Wine Time is a wine bar-shop offering wine tastings in Tashkent. Wine may be sampled in the restaurant as part of an organized group tasting or simply by ordering a glass of the wine that interests you. The restaurant has a wide selection of local wines, as well as salads and hot dishes, and its intimate atmosphere is perfect for romantic dinners and family gatherings.

Wine tasting in Tashkent is sure to add sparkle to your trip and is a great opportunity to discover new and unforgettable tastes.