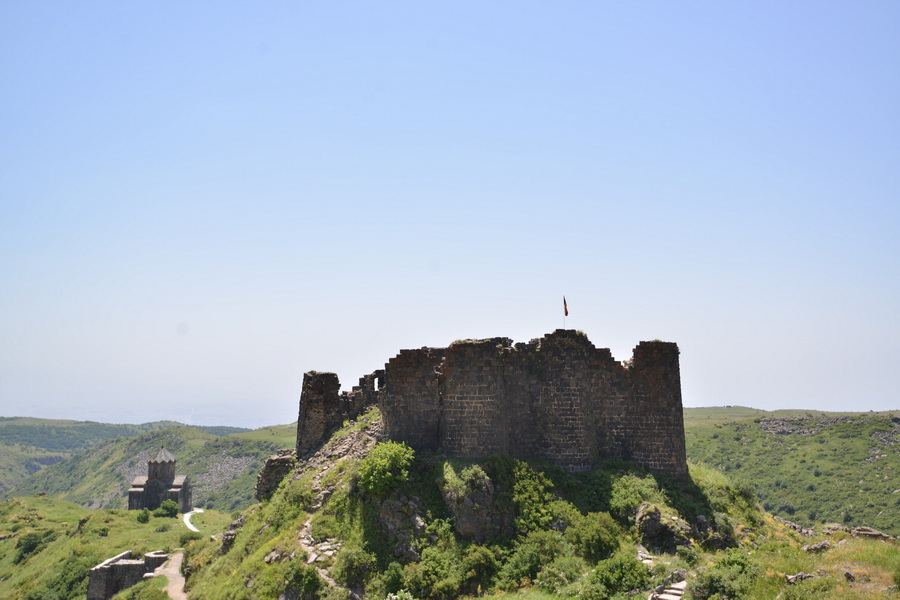 The marz of Aragatsotn (Aragatsotn Region) is located in the western part of Armenia and is surrounded by mountains from its three sides; one is Mount Aragats - the highest peak of Armenia (4,090 m) which gave the marz its name. The marz territory stretched as far as the border with Turkey.

The nature there is extraordinary beautiful. As far as eye can see lie severe stony walls of mountains on the background of bright dark blue sky. The rapid rivers run across the green lands of the Aragatsotn marz (region) like blue patterns. The main river is the Kasagh with its inflows – the Gekharot and the Amberd. The biggest lake is Lake Kari Lich ( Stone Lake ) which is located in the foothills of Mount Aragats .

The region's climate is very diverse. While summer in the valley lasts until October, the areas next to the top of Aragats are mostly winter-cold during the year. The high-mountainous areas feature the Alpine meadows which are often criss-crossed by deep gorges and bare rocks. In some locations oak groves grow.

The territory Aragatsotn marz was inhabited even in prehistoric times. The valley of the river Kasagh was very attractive with its fertile lands and mild climate. The finds dated the Bronze Age testify to that. The first large state, the annals of which mentioned this historical area, was Great Armenia. Afterwards came the settlement of Vardkesavan which under the rule of Vagarshak I (117-140) was renamed into Vagarshapat (which became the capital of Great Armenia), and later into the first capital city - Echmiadzin (nowadays th е marz of Armavir).

In the Middle Ages the northern part of Aragatsotn was called Amberd province. In the 9 th – 11 th centuries the land was a part of Pakhlavuni princedom. In the 14 th century the territory was plundered and devastated by the armies of Tamerlan. In the beginning of the 16 th century the area belonged to Sefevid Iran . In 1639 Aragatsotn was a part of Yerevan khanate and in 1828 together with the areas of East Armenia was annexed to Russia .

The marz boasts by many intact or only partially destroyed medieval monuments, such as Amberd Fortress and the medieval monasteries of Saghmosavank and Oganavank. Not far from the marz's center, in the village of Oshakan , there is the tomb of St. Mesrop Mashtots, the founder of Armenian writing, which became the relic of all Armenians all over the world. There is also the well-known Byurakan Observatory which was founded and headed by Victor Ambartsumian, the world's famous scientist. 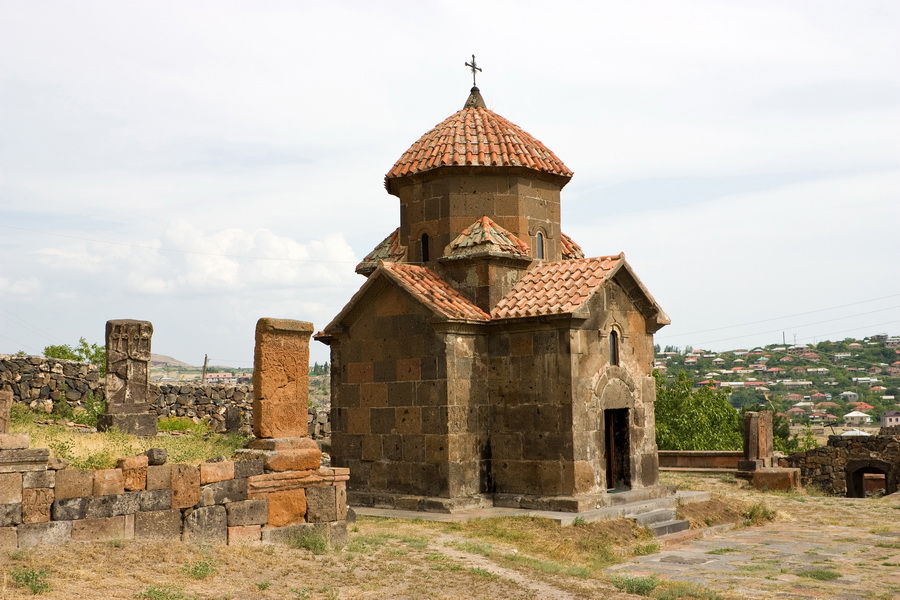 The picturesque city of Ashtarak is located at the southern foot of Mount Aragats on both banks of the river Kasagh. It became the city in 1963 when it started to develop as a satellite city of Yerevan ; it had been just a little village before. But the early development of civilization on this land is reflected by numerous architectural monuments of different historical periods (from the 2 nd millennium BC to the 18 th century AD). The most known historical Ashtarak monuments are the unique three-arch bridge from squared tuff across the river Kasagh with the stepped parapet (17 th century), Karmravor church (7 th century), Tsiranavor (5 th -6 th centuries), St. Marine (1281). Near the churches and all over the territory you can see intricately cut khachkars - stone steles with carved image of a cross. In the vicinities of Ashtarak in the village of Akhuk there are burial places of pagans and Christian tsars of Arshakid dynasty.