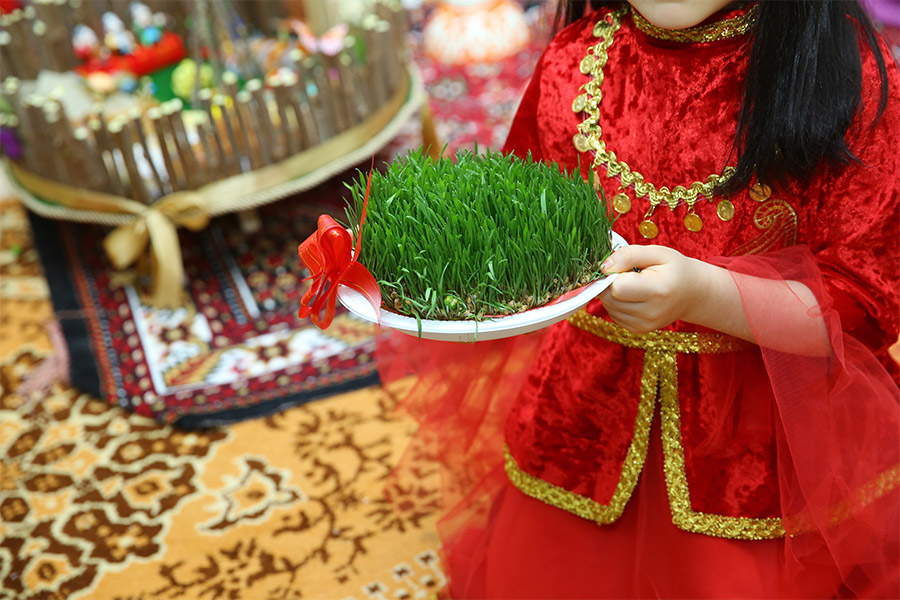 Public Holidays in Azerbaijan in 2023

Public Holidays in Azerbaijan in 2024

Azerbaijan is the only Muslim country in the South Caucasus, and consequentially its culture and customs vary widely from Christian Georgia and Armenia. This difference is also visible in their respective festivities and public holidays. In Azerbaijan, for example, Muslims celebrate both Ramadan and Novruz, but not Christmas or Easter. Most celebrations in Azerbaijan are loud, colorful and cheerful, yet there are also somber observances that recall the deep scars left on the country during the 20th century.

Azerbaijanis love their festivals and make every effort to celebrate to the fullest, so if a holiday coincides with a day off, the nearest working day is usually declared a national holiday.

This hospitable nation is always happy to welcome guests into their celebrations, so if possible, arrange your visit to Azerbaijan during one of their holidays. If you are unsure which celebration is right for you, scroll down to explore our list of public and school holidays in Azerbaijan.

New Year is one of Azerbaijan’s most popular holidays, a joyous time celebrated with relatives and friends. In the weeks preceding New Year, Azerbaijanis decorate their homes with an evergreen tree referred to as a New Year tree, a tradition which came to Azerbaijan from Russia. The celebration starts on the evening of December 31 with a splendid feast. Children receive gifts from Shakhta Baba (Father Frost) and Karkyz (Snow Maiden). Once the clock strikes midnight, spectacular firework shows erupt around the country, with the best ones taking place at Baku Boulevard in the capital. Read more...

Martyrs’ Day pays homage to the victims of the tragic event known as "Black January" or "Black Saturday." The origins of the somber commemoration lie in the decision of Soviet leadership to dispatch the army to handle civil unrest that broke out in Azerbaijan in January 1990. Soviet troops entered Baku on January 20, and for three days attacked civil protesters. According to some reports, nearly 170 civilians died and several hundred were injured. After Azerbaijan obtained independence from the USSR, January 20 became a public holiday. Read more...

Along with other post-Soviet nations, Azerbaijan marks March 8 as a day dedicated to women's rights and achievements. The holiday has its origins in women’s rights movements of the early 20th century, yet today is largely void of political connotations. On this day, men gift presents and flowers to their mothers, wives, sisters, daughters and female friends. It is also not uncommon for them to organize dinner for their female relatives and to take responsibility for household chores. Read more...

The most significant holiday in Azerbaijan, Novruz is a celebration of the Lunar New Year and the arrival of spring. Azerbaijan holds the second-longest Novruz celebration in the world, trailing only Iran. Preparations for the holiday begin a month prior, with the four consecutive Tuesdays leading up to the holiday dedicated respectively to earth, wind, fire and water. The week of Novruz itself is celebrated with folk concerts, festivals, comedic performances and special symbolic foods. Read more...

Victory Day commemorates the triumph of the Soviet Union over Nazi Germany. It is an important holiday in most post-soviet republics, and Azerbaijan is no exception. Roughly one-fifth of the entire population of Soviet Azerbaijan fought in World War II, and Victory Day is a chance for Azerbaijanis to pay tribute to surviving veterans and to the memory of the many soldiers who lost their lives in battle. Flowers are laid at World War II monuments and a large military parade is staged. The day finishes with spectacular fireworks shows across the country. Read more...

Ramazan Bayrami, also known as Eid al-Fitr, is a significant religious festival celebrated by Muslims to mark the end of Ramadan, the Islamic month of fasting. The festival starts after sunset on the last day of Ramadan and continues until evening of the following day. In Azerbaijan, two days off of work are officially granted to celebrate the Ramadan holiday, during which people assemble in mosques to pray, gather with families and friends to feast and give small gifts to children. It is also obligatory to make a financial donation to the poor so that they will have the means to celebrate. Read more...

Republic Day commemorates the establishment of the Azerbaijan Democratic Republic on May 28, 1918. The Republic was the first secular democratic country in the Islamic World and the first Muslim-majority state to grant women the right to vote. Although the fledgling republic was absorbed by Soviet Russia less than two years later, upon collapse of the Soviet Union Azerbaijan proclaimed its sovereignty once again. Today on May 28, Azerbaijan’s highest officials lay a wreath at the Republic Monument in Baku, and concerts and parades are held across the country. Read more...

National Salvation Day celebrates the 1993 return of the country's long-time leader, Heydar Aliyev, whose timely arrival helped to preclude a looming civil war. Following a nationwide election, Aliyev officially became the president of Azerbaijan in October 1993 and proceeded to rule the country for the next ten years. National Salvation Day became a state holiday in 1997, and the first celebrations took place a year later. Most Azerbaijanis celebrate the holiday privately with friends and relatives. In Baku, however, the day features a military parade presided over by the President and an evening fireworks show. Read more...

In May 1918, Azerbaijan became an independent country in the aftermath of the Russian Revolution. On June 26, the Muslim Corps, a military unit established in 1917 to protect Azerbaijanis from the aggressive Russian army, changed its name to the Detached Corps of Azerbaijan, an event which marked the birth of the Azerbaijani Armed Forces. After the collapse of the Soviet Union, the national army was re-established and in 1998, June 26 became a national holiday in Azerbaijan dedicated to the country’s Armed Forces. The highlight of Armed Forces Day in Azerbaijan is the massive military parade in Baku which is augmented with a magnificent air show. Read more...

Gurban Bayrami (Feast of Sacrifice), also known as Eid al-Adha or Eid Qurban, is an Islamic holiday which honors the readiness of Ibrahim (Abraham) to sacrifice his son as an act of obedience to God. Traditionally, Gurban Bayrami lasts for three consecutive days. In Azerbaijan, two of those three days are state holidays. Celebrations center around the sacrifice of an animal, typically a sheep, whose meat is then divided into three parts and shared with family, the poor and friends. Read more...

On November 9, 1918, Azerbaijan adopted its first unified, tricolor flag, which had been a part of the Coat of Arms of the Azerbaijan Democratic Republic. The flag flew until 1920, when Azerbaijan was absorbed into the Soviet Union. In 1991, after Azerbaijan regained its independence, the new government restored the flag.

In 2009, the government declared November 9 to be National Flag Day. A year later, National Flag Square was officially opened in Baku. Since then, each November 9 sees Azerbaijanis gather at the square to watch a flag-hoisting ceremony. The flagpole standing on the square measures 162 meters in height and is the 3rd-highest flagpole in the world. Since June 2019, the square has been closed for renovation.

During the course of its history, Azerbaijan has had four constitutions whose origins date back to Soviet times. Since November 12, 1995, Constitution Day in Azerbaijan has been observed annually in honor of the document which laid the foundation for statehood in the newly formed republic. Observed as a public holiday until 2006, Constitution Day in Azerbaijan is now a working holiday that continues to hold great national significance for the people of Azerbaijan. Read more...

One of Azerbaijan’s more unique national holidays, Solidarity Day commemorates the December 1989 dismantling of the border fence between Soviet Azerbaijan and Iran and the subsequent reunification of Azerbaijanis living on both sides. The commemoration became a national holiday in 1992 and for Azerbaijanis, it is an important reminder of their cultural and political unity. Solidarity Day is typically celebrated with cultural events and feasts held in Azerbaijan and among the Azerbaijani diaspora around the world. Read more...

Celebrating one of the public holidays in Azerbaijan is a unique way to experience the country and its culture to the fullest!