Temples and Churches of Batumi 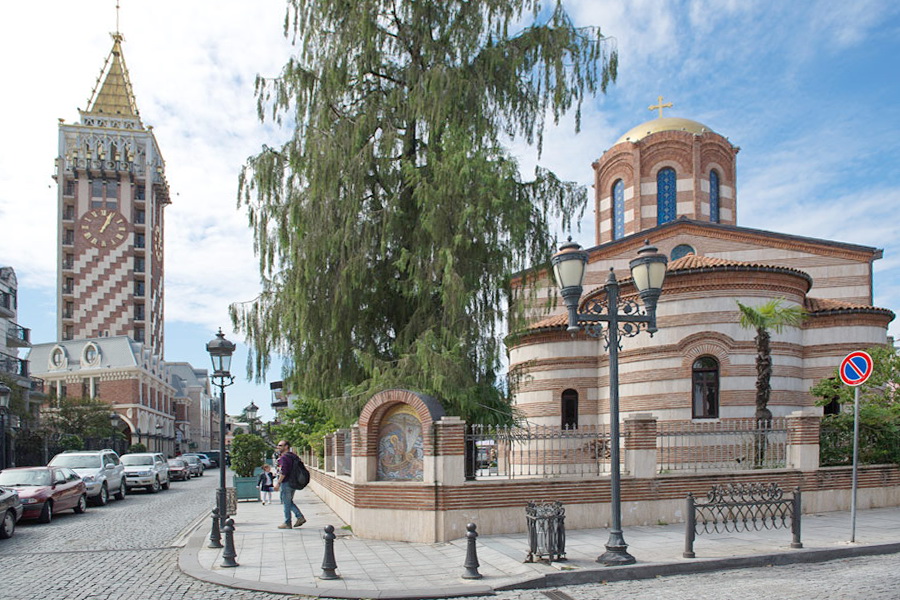 Batumi is the capital of Adjaria, an autonomous district in Georgia, where a part of the population is Muslims. In spite of this, Batumi is the city of co-existence of several religions. That is why, there may be found ancient Orthodox and Catholic temples as well as mosques and synagogues.

At the beginning of 90-s Batumi experienced a mass construction of churches and temples initiated by private individuals. Up to date there exist numerous Orthodox temples in Batumi. Among them the St. Nino Church opened in 1994 by initiative of David Shiolashvilli (Dimitry, the Bishop of Batumi and Skhaltsky) may be mentioned.

In 1995 the St. George Church built on the funds of one of the women, a citizen of Batumi opened a convent . From 1998 to 1999 construction of Saint and Holy Joachim and Ann Church started by the initiative of Dimitry, the Bishop of Batumi and Skhaltsky was under way. In 2000 the St. Prophet Elijah Church was opened also under his guidance.

In 1902 the Catholic church was constructed in Batumi. On both sides of its entrance are placed the statues of Andrey Pervozvanny and St. Simon Canonite who were the first heralds of Christianity in Georgia. This cathedral was one of the most beautiful temples in the Caucasus. More...

The Cathedral of Christ the Saviour

Batumi is a multinational city where there live a great many of the representatives of different religions among which are the Orthodox Armenians. That is why one of the best-known churches in the city is considered the Armenian Apostolic Church, located in Zviad Gamsakhurdia street. More...

Not far from the Cathedral stands St. Nicolas Church constructed in the 19 th century. It is one of the most esteemed Orthodox temples. It stands in the square in the heart of Batumi. In 1865 Greeks began building this temple which later became the centre of spiritual life of Greeks. But in 1937 when all temples in Batumi destroyed the church fell. More...