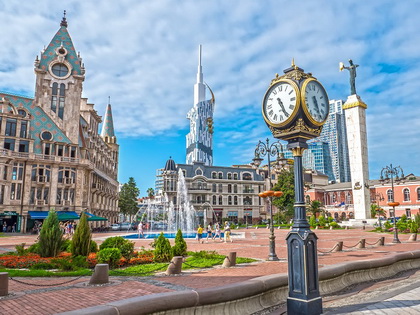 Experience Georgia’s diversity as we travel from the high mountains of the Caucasus to the beaches of the Black Sea. Head up into the mountains to explore the unique culture and ancient watchtowers of the mysterious Svaneti region, and then enjoy the gardens, architecture, and sea views of the historic port town of Batumi. We’ll also visit several of Georgia’s other historic, natural, and cultural highlights. 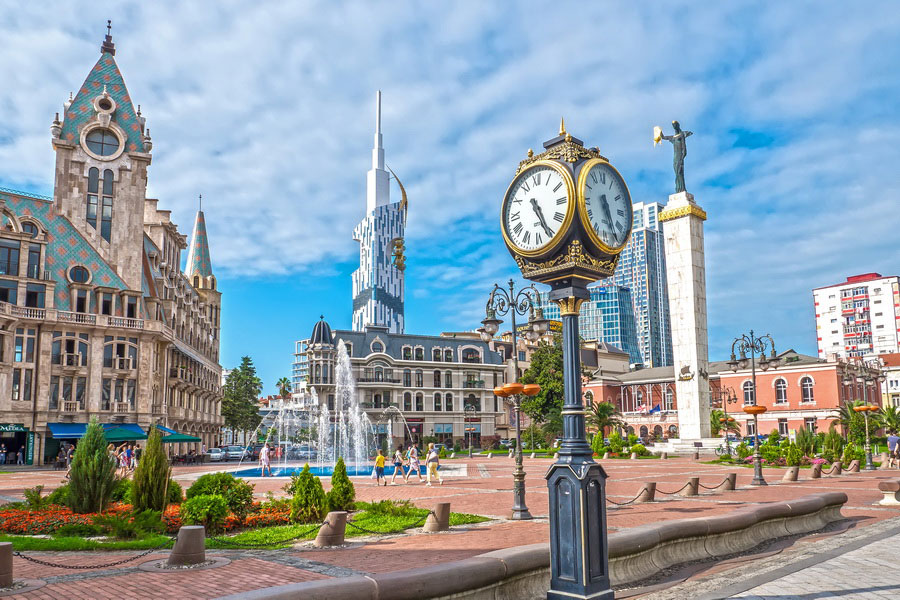 Tours, Attractions and Things To Do in Batumi

The sunny and modern Batumi personifies all the charm of a southern city and a sea resort of the third millenium with high-class luxury hotels. It is located on the Black Sea coast and is exquisitely framed by exotic subtropical flora. Palm trees, cypresses, magnolias, oleanders, bamboo trees, laurels, lemon and orange trees, thuyas and box trees delight the eye everywhere. Batumi is located in a convenient natural Black Sea bay and is not only an important seaport for entire Georgia, but also a tourism capital of the country. The romantic picture of ships departure from the harbor is better seen from Batumi Quay. Batumi citizens name this place Seaside Park-Boulevard. It surrounds the city along its sea border for 8 km. It is at all times very crowded. This is the most popular place for both locals and visitors of the capital. There stands the city symbol – the Dolphin with a palm branch. Dolphins frolicking in Batumi harbor all year round, have become the integral a part the resort image.

The city beach is next to the Boulevard. The beaches in Batumi and its vicinities are stony without sand. To the east from the beach there are theatres, cinemas, restaurants, cafes with great food and other entertainments. The residential quarters of Batumi are seen from afar due to their rainbow coloring. The matter is that each house there is painted with certain color. 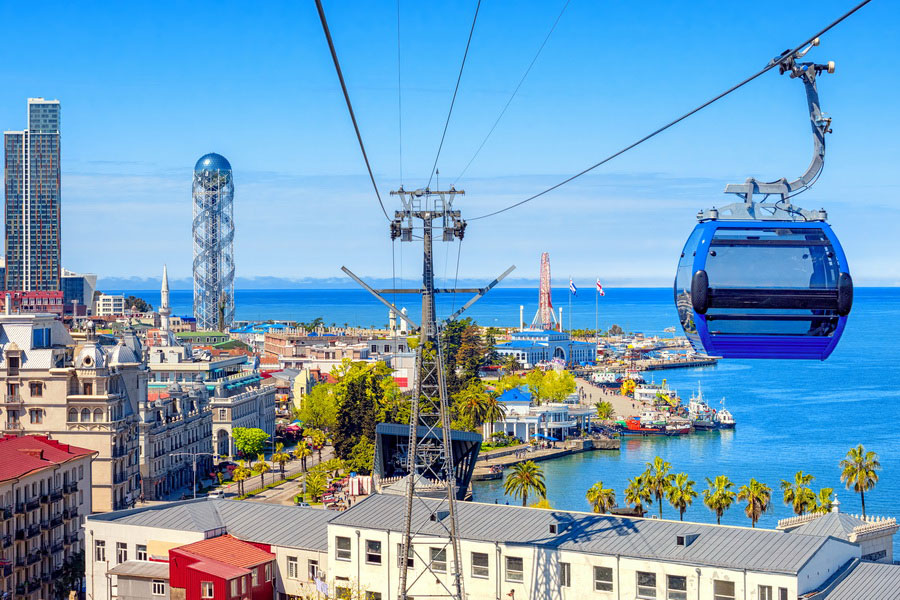 The Old part of the city is especially interesting, most of the houses were built in XIX century. There reins the spirit of past centuries – rows of small shops of handicraftsmen making copper ware, magnificent aroma of freshly brewed coffee in small cafes. The old city is known for the variety architectural subtleties: buildings are decorated with chimeras, mermaids, atlantes and other mythical creatures.

Last 10 years Batumi has changed a lot. Former half-closed regimed border zone turned into tourism paradise and the best holiday place in Georgia. New buildings of banks, transcontinental hotels, modern tourist and sports complexes are under construction; the residential houses being erected conform to world standards. The luxurious trading centre with pools, yacht-club and entertainment for children is being built. The entire historical part of the city has turned to the area of boutiques, bars, tea and coffee houses. However, Batumi will remain the city where European and Asian cultures meet. Such cultural mix is justified by historic facts. Let us make small excursion into the city's past. 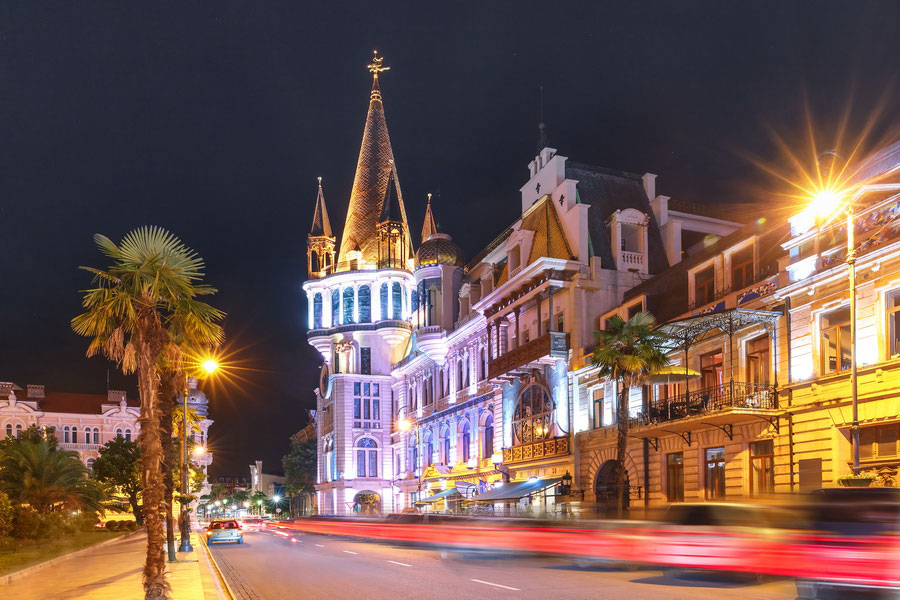 The first mentioning of Batumi we can find in the works of a Greek philosopher Aristotle and it can be related to the 4th century BC. Aristotle described the city calling it Batus (from Greek "deep"), located on the Black Sea coast in Colchis. The ancient fortress of Tamaris-tsihe served as the basis for the city. In the 2 nd century AD Romans come to Batumi. In the 5 th century Georgian tsar Vakhtang Gorgasali annexed the city to his domain. In the 6 th , the 7 th and the 8 th centuries Batumi and its area was governed by Egriss and Abkhazian princes. In the 17 th century Batumi was captured by Turkey.

After Turky's defeat in Russian-Turkish war of 1878 the region was taken by Russians. In the same year the Berlin Congress declared Batumi a large commercial port which was used by Russia for oil trading. This status lasted for eight years and brought the country certain benefits. It did not take long for Batumi to become the third largest city in Transcaucasia and the third most significant port in the Russian Empire. By the end of the 20th century Batumi became a major industrial center and later a famous resort. 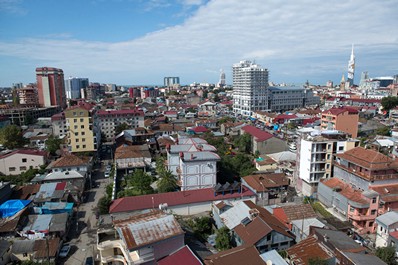 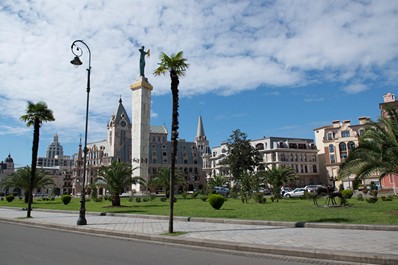 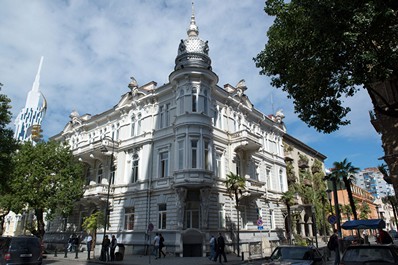 The Seaside Park of Batumi is an epicenter of entertainments for the resort. It is like an eternal holiday there - music playing everywhere, cafes, bars, restaurants, clubs, sport centers, various attractions keep on working. Read more...

In 1902 a Catholic Church was constructed in Batumi. On both sides of its entrance are placed the statues of Andrey Pervozvanny and St. Simon Canonite who were the first heralds of Christianity in Georgia. Read more...

This oldest museum in Georgia is already more than 100 years old. Batumi Archaeological Museum is a unique collection of items dated the Stone Age, Greek and Roman epochs. Read more...

It is the oldest fortress in Georgia located 2 km from Batumi in the village of Gonio, near the border with Turkey. The fortress was constructed in the 1 st – the 2 nd centuries and functioned as a citadel of Roman and afterwards Byzantian Empire. Read more...

The Botanical Garden of Batumi is similar to the Garden of Eden from the Bible pages. There is no other way to name this amazing area where samples of the most rare, strange and beautiful plants of the world are collected! Read more...