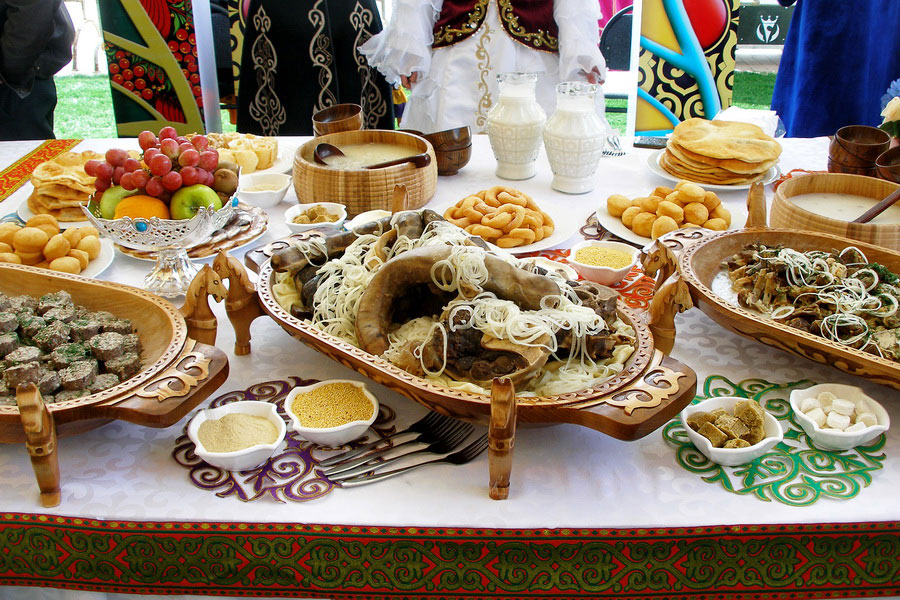 Kazakh cuisine is known for its horse, lamb and camel meat, dairy products and fresh breads. Well into the 21st century, local foods still bear the imprint of the Kazakh people’s nomadic ancestral heritage. From hearty, healthy meals to foods which are downright eclectic, when in Kazakhstan there are 10 Kazakh dishes you have to try! 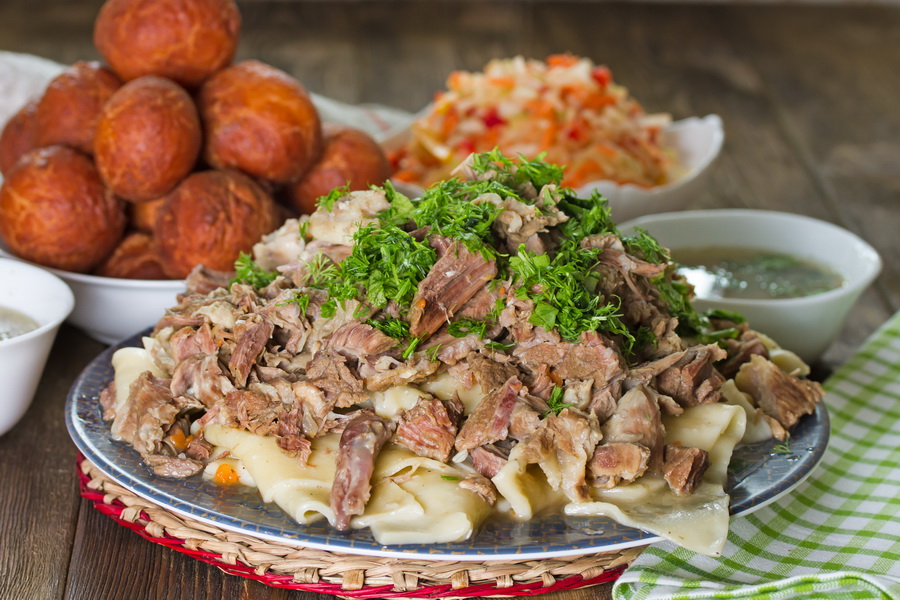 Ask anyone in country which Kazakh dishes you must taste and their first answer is sure to be "besbarmak". An alternative name for this national meat dish is et, which means "meat" in Kazakh.

Hands down one of the most traditional Kazakh dishes to try, beshbarmak contains boiled horse, lamb, beef or camel meat, square homemade noodles and broth. Although nobody knows exactly when this dish was concocted, academician Ivan Lepekhin mentioned besbarmak back in 1770, and history indicates that it existed even before the 18th century.

The largest serving of besbarmak in Kazakhstan was prepared for Capital Day on July 6, 2015. The gigantic meal weighed in at 736.5 kilograms and set a new Guinness World Record at that time.

Kazy is a tender homemade horsemeat sausage which has been meticulously prepared according to family recipes for centuries. It plays prominently in Kazakh cuisine and is seen at almost every holiday, typically in the form of sliced circles which are served on top of beshbarmak.

Proper horse sausage is made from meat taken from a horse's rib. Together with fat, the meat is stuffed into the washed intestine after the latter has soaked in water for 2-3 hours. The stuffed intestine is then tied on both sides and cooked for at least 2 hours.

It is customary to eat kazy immediately after it has been prepared. If you wish to take Kazakhstan’s horse meat home as a gift, it is better to buy the boiled-smoked or smoked varieties, which have a longer shelf life. We also recommend checking the regulations of your home country before importing horse sausage, as it is illegal in some nations. 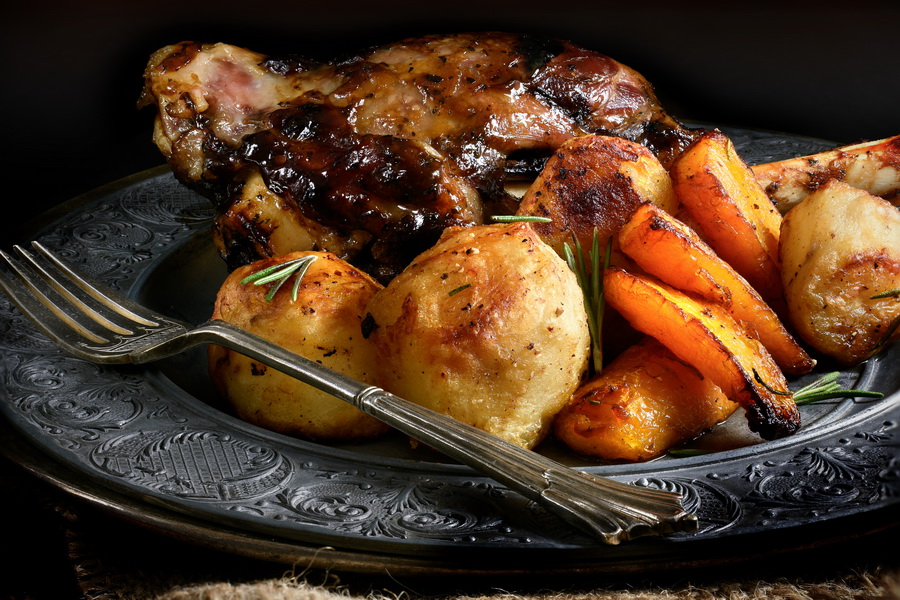 Along with besbarmak and kazy, when in Kazakhstan you need to taste syrne! A young lamb is slowly cooked in a pot over a fire until the meat is very tender. In some regions onions, potatoes and other vegetables are then added to the roast. Syrne is traditionally prepared in large amounts so as to feed friends and neighbors too. 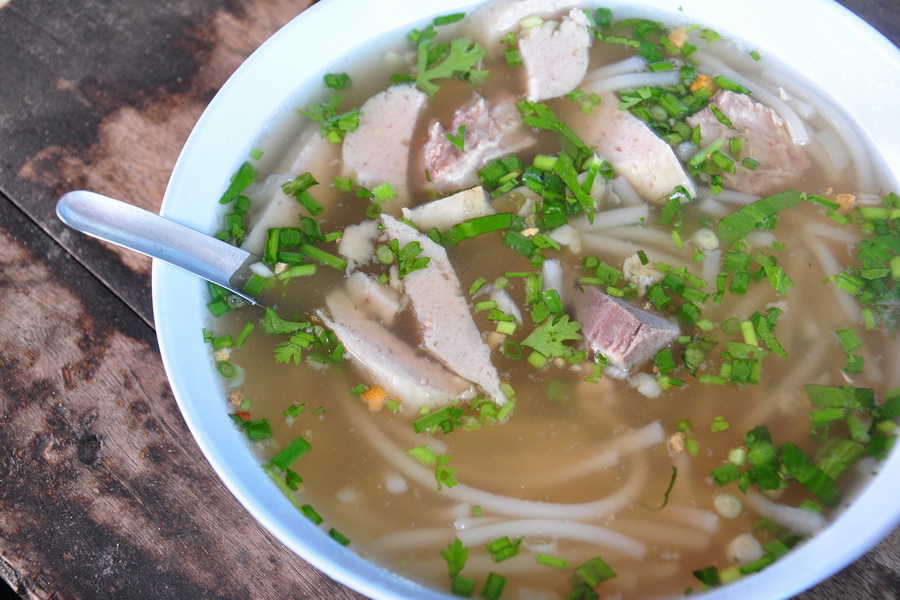 A list of top 10 dishes of Kazakhstan must include at least one soup, for broth-based meals are very popular in the country. Among local soups, kespe tops the list! Beef, lamb or horsemeat is normally used for this soup, although in select regions camel meat is preferred. Meat still on the bone must be used, for the rich broth is derived from boiling the bone. Before serving kespe, carrots, greens and homemade egg noodles are added to the broth, and the result is a warm and delicious meal.

Unlike kurt balls, which are eaten all throughout Central Asia, irimshik is only found in Kazakhstan. Irimshik is a curd that tastes slightly sweet yet contains no added sugar. It takes patience to cook irimshik: The milk must be brought to a boil over low heat, and after cooling slightly a sourdough is mixed in and left to sit for a couple of hours. The milk is then boiled over low heat a second time. Once it has curdled, the whey is separated and the curd is placed in a bag to let the excess liquid drain.

Irimshik may be either white (ak) or red (kyzyl). The latter is slightly dried in the sun, which increases its shelf life. 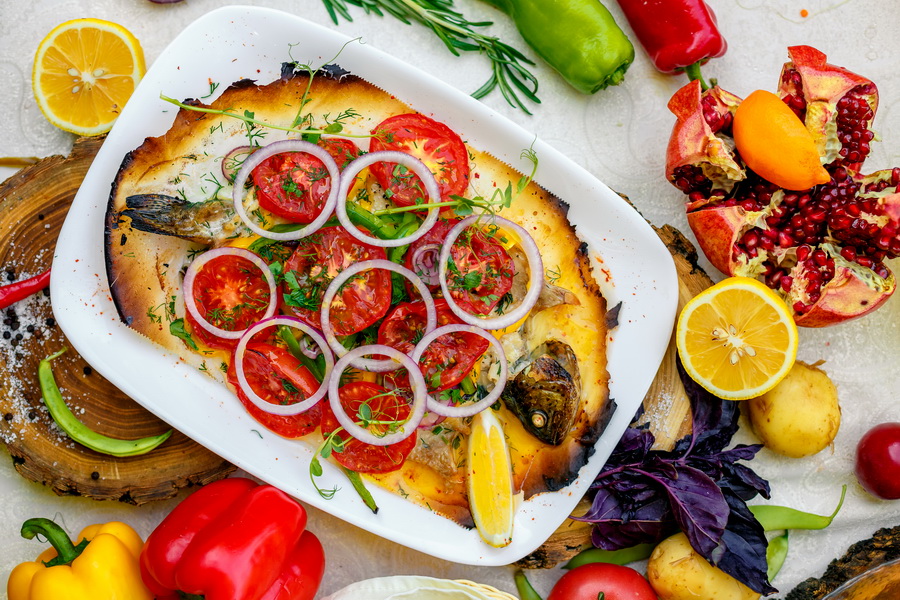 Kazakh fish dishes are much less common than meat, but koktal is certainly a worthy competitor!

Koktal is a large fish (roughly five kilograms) which is smoked on a wire rack in a special metal box called a cocktail bowl. The fish is cleaned of entrails but its scales are not removed. It is cut along the ridge and laid open like a book on the wire rack. Thinly chopped tomatoes and onions are placed atop the fish and all are smoked together. The cooked koktal is served on the wire rack. 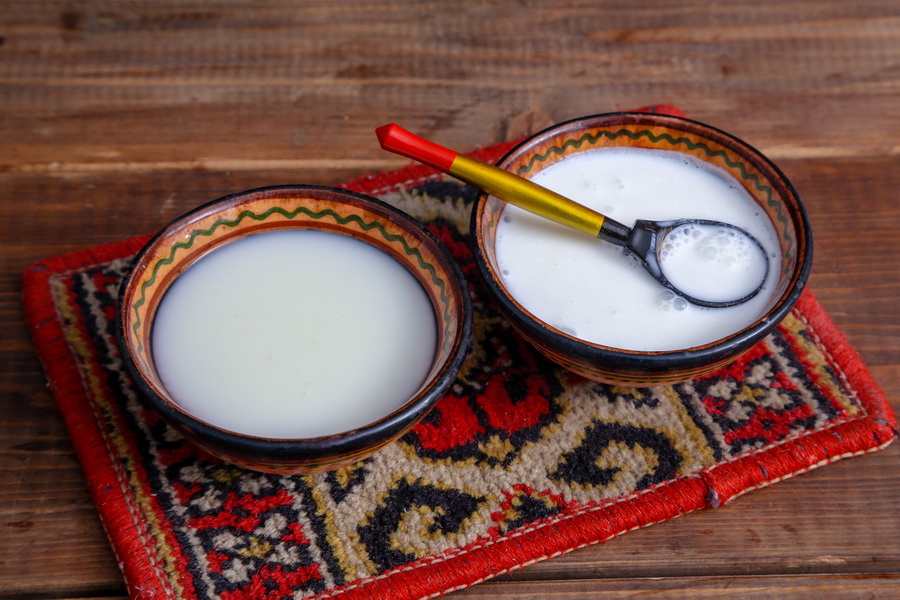 Although kumys is a drink and not a food, it must be included in a list of 10 Kazakh dishes you have to try. A healthy drink made from mare's milk, kumys has been proven to help in the treatment of gastritis, tuberculosis, cardiovascular issues and other diseases. It contains many vitamins, including thiamin (B1), riboflavin (B2), vitamin B12, biotin, vitamin C and folic and pantothenic acid.

It is customary to drink kumys while it is very fresh. Kumys is produced by fermenting milk, and while it typically has a very low alcohol content, there is also a strong kumys which can contain up to 4.5% alcohol and should not be consumed before driving. 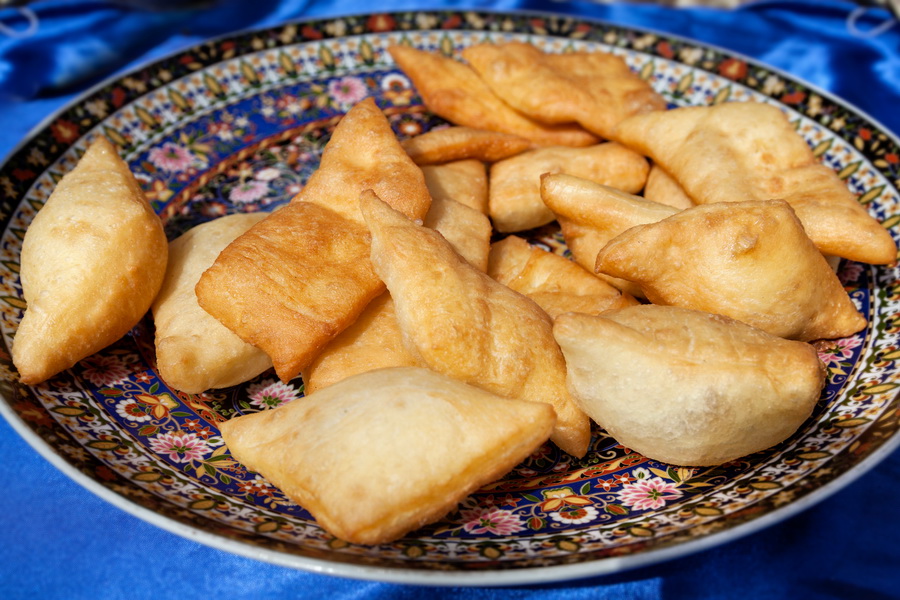 Baursak are pieces of yeast dough that are deep-fried in oil. One of the most irresistible traditional Kazakh dishes to try while in country, these tasty delights easily rival the famous lepyoshka loaves of Central Asia. They have a mildly sweet taste and can be eaten as a standalone snack, yet as a rule are served alongside a meal. A good hostess will serve them both with the main course and with tea. 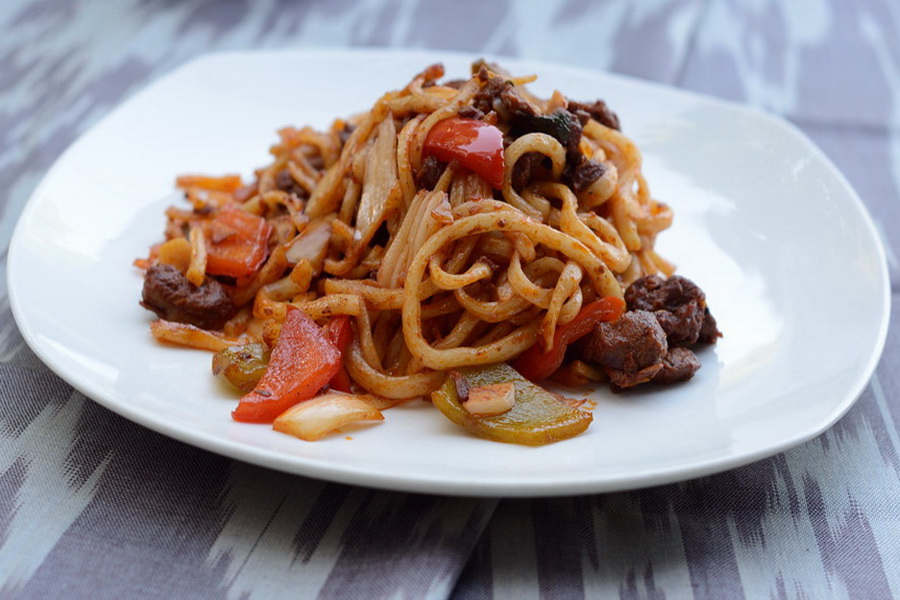 Some Kazakh dishes, including laghman, are actually borrowed from other cuisines. While laghman is a traditionally Uyghur dish, the presence of a large Uyghur community in Kazakhstan has contributed to the authenticity of Kazakh laghman, which is as authentic as it comes.

Laghman is made from meat, vegetables and long, homemade noodles which are created by draping the noodles across your hands and slowly stretching them out. One of the most delicious dishes in Kazakhstan, it has at least 60 variations, including vegetarian options. We highly recommend that you try at least one of them during your travels! 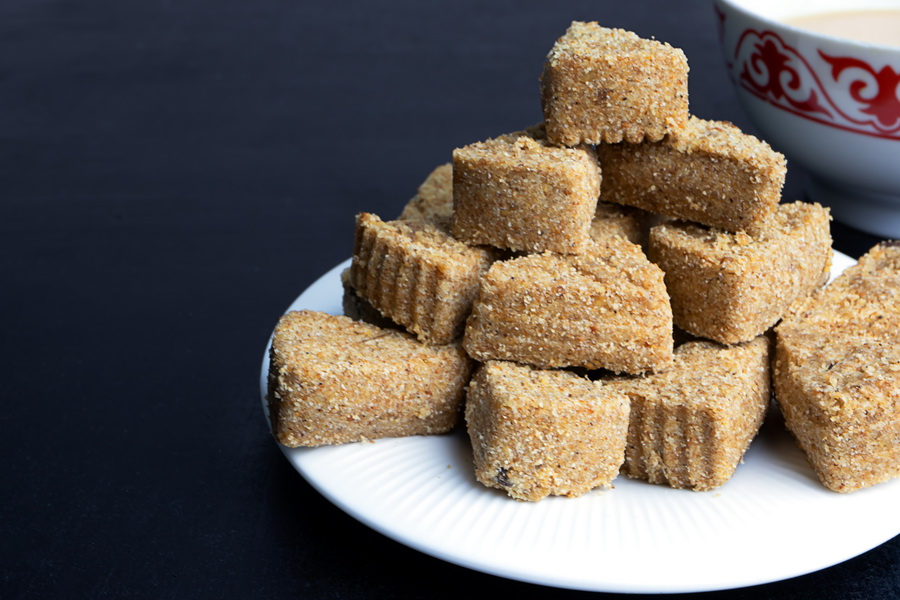 Popular dishes in Kazakhstan are not limited to meat and dairy products alone. Zhent is a Kazakh dessert made from crushed cottage cheese, millet, sugar, raisins and butter. After mixing the ingredients, the dessert can be formed into any shape. When the zhent hardens, it is cut and served with tea.

This list of traditional Kazakh dishes is hardly exhaustive, so be sure to check out our more general Kazakh food page to continue your virtual culinary adventure.