The Issyk-Kul Historical and Cultural Museum is located in the center of Cholpon-Ata, about 1 km (0.62 miles) from Lake Issyk -Kul and the Rukh Ordo Cultural Center. The museum was founded during the Soviet Union, and the facade and exhibits haven’t changed much since the 1980s. 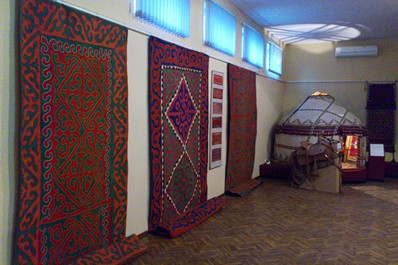 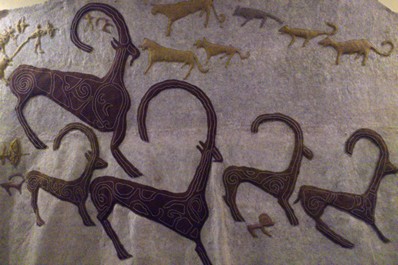 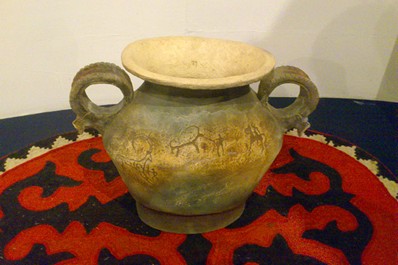 The museum halls are divided by theme, and cover the flora and fauna of the Issyk-Kul Region, items from nomads dating from the 10th to 20th centuries, Buddhist artifacts, ancient coins, and weapons. There are some smaller booths about the Epic of Manas, Lake Issyk-Kul, applied arts and painting, traditional musical instruments, cultural figures from the Eastern Issyk-Kul Region, traditional clothing, and the Second World War.

There are notable exhibits of robust and still-functional stone and bronze tools from the 1st and 2nd centuries BCE, found in the town of Salomat-Bulak. There are a couple huge Saka bronze cauldrons from the 3rd and 4th centuries BCE, raised from the bottom of Lake Issyk-Kul and notable for their size and construction. A collection of coins tells the story of the development of money in the region, from cowrie shells to the coins of the Karakhanid Dynasty in the 10th through 12th centuries CE. Chinese coins, as well as Buddhist and Tibetan artifacts, show the close relationship between Kyrgyzstan and China throughout history. 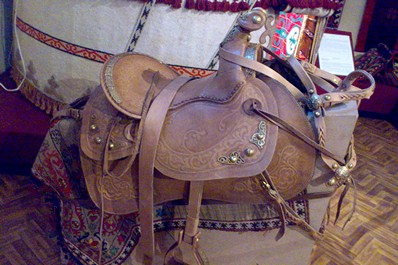 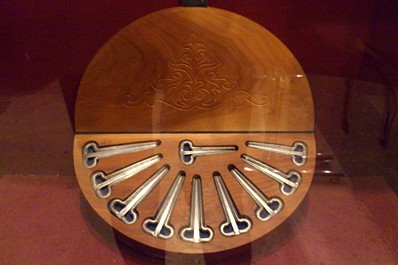 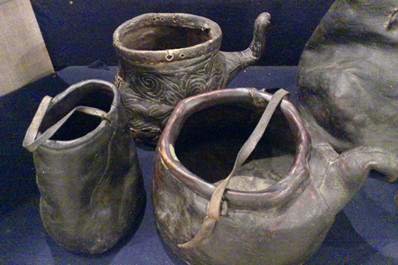 The most impressive room is a pavilion of Kyrgyz wool carpets, where there is also a miniature yurt. The walls inside the yurt are covered in shyrdaks and ala-kyiz, and opposite the door is a stack of mattresses and pillows. In the center is the hearth, with kitchen utensils and food partitioned with a chiy reed mat. Of course there is also an iron chest for clothing and utensils, mandatory for any yurt. This model represents a traditional setup for yurts, where nomads spent their lives and raised their families.

The main branch of the museum is the petroglyph open-air museum, located between Kara-Oi and Khutor. The vast territory contains petroglyphs containing depictions of animals, people hunts, and rituals. Other branches of the museum can be found in the surrounding villages, including Ananevo, Korumdu, Komsomol, Bosteri, Chirpykty, Toru-Aytyr, and Semenovka. All together, the Issyk-Kul Historical and Cultural Museum encompasses over 15,000 exhibits. 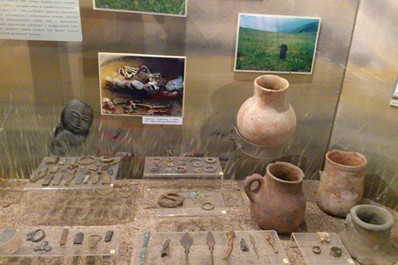 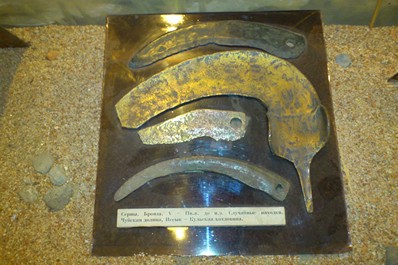 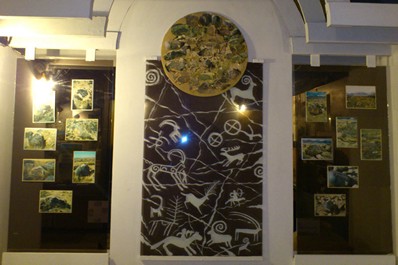 The open air petroglyph museum is the most famous part of the complex. Located just outside Cholpon-Ata (easily accessible by foot or taxi), this open field is filled with many examples of petroglyphs. Some are from the Bronze Age (about 1500 BCE), and some are more recent (made when the Saka Usun were living in the area, about the 8th century BCE to the 1st century CE, before their civilization ended up under the waters of Lake Issyk-Kul). Some petroglyphs are marked, and some aren’t, which makes strolling through the stones looking for pictures an entertaining time.