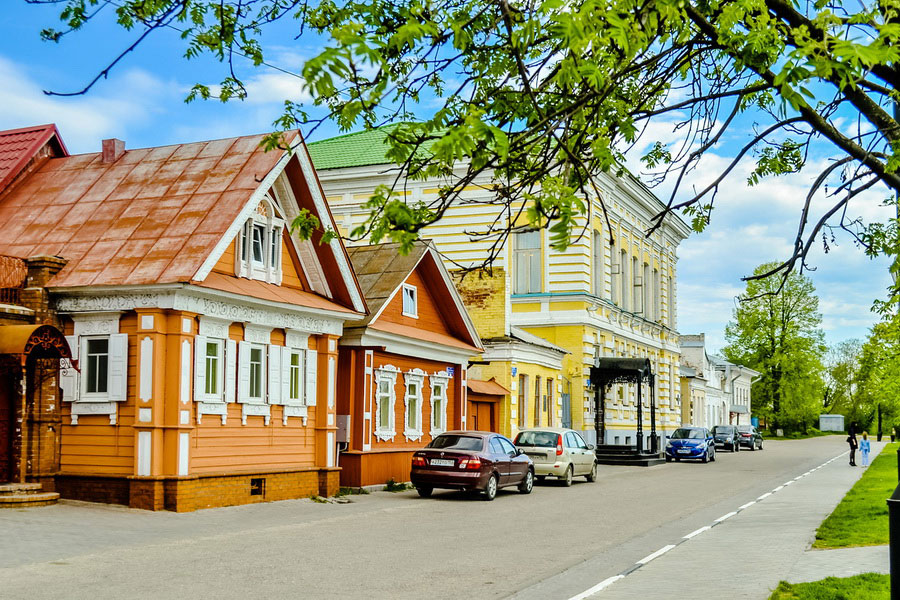 Tours, Attractions and Things To Do in Gorodets

Gorodets is an ancient city in Russia’s Nizhny Novgorod Region which is famous for its scrumptious stamped gingerbread cookies, unique painted woodcarvings and admirable array of museums. Located along the Volga, the picturesque merchants’ town delights with its wooden architecture even as it grabs the imagination of Russian history fans.

Historians believe that Gorodets was founded in 1152 by Prince Vladimir Dolgoruky as a protective fortress against the Bulgars. According to the Laurentian Chronicle, a primary source of history for present-day northern Russia, the official founding date of Gorodets is 1171. To this day, the origin of the name “Gorodets” and of the city’s unofficial name, Maliy Kitezh, remains unknown.

Due to its strategic location on the borderland between the historic Moscow Principality and the Golden Horde, Gorodets was often invaded. In 1238, the Mongol Khan Batu burned the city to the ground, and for the next 50 years, it was gradually rebuilt by city residents who had escaped the rampage by hiding in the dense surrounding forest.

In 1263, Gorodets grew to infamy as the city in which Grand Duke Alexander Nevsky passed away on his return from a diplomatic meeting with the Golden Horde. In 1993, a monument to Nevsky was erected in the town and remains one of its selling points today. Gorodets is also known as the hometown of Prokhor of Gorodets, teacher of the famous medieval icon painter Andrei Rublev-Prokhor.

The Tatar-Mongols continued their raids, and in 1408 Gorodets was again decimated, this time by Khan Edigu. Restoration of the city proved tedious, and Gorodets remained a struggling settlement until the 17th century when rapid development of trade along the Volga finally helped to reestablish its regional significance. Notable contributions to its development were also made by the Old Believers, Russian Orthodox traditionalists who helped to increase trade and production in the area.

The city flourished in the 18th century as it grew into a center of trade for grain and developed its wooden shipbuilding and handicraft industries. The once-fledgling town blossomed into a wealthy merchant city whose greatness is still evidenced in the luxurious merchant houses and estates that have survived to our day.

In the 19th century, successful factories built for the processing of wood, cast iron and leather paved the way for production in Gorodets to reach an industrial scale. Despite a decline in production during the early Soviet era, Gorodets was granted city status in 1922. Yet during the ensuing decades, the city suffered stagnation due to a dearth of investments for its industrial development and a lack of railway connections with key Russian cities.

Gorodets finally received the boost that it needed in the latter half of the 20th century when its shipyard and mechanical ship repair plant were completely reconstructed and shoe and stitching factories were built. It was also during this era that the famous Gorodetskaya Painting Factory, known to this day for its production of delightfully colorful folk art, was established.

Today, Gorodets is actively developing its tourism sector. Its conglomeration of museums is nothing short of impressive and includes the Museum of Samovars, Gorodets Local Lore Museum, Gorodets on the Volga Museum and Gorodets Gingerbread Museum.

Visitors will also not want to miss the wooden village called City of Masters, the authentic Museum House of Countess Panina and the small but informative Museum of Good. For a break from museums and mansions, try Gorodets Feodorovsky Monastery and the famous Alexander Nevsky Monument.

When visiting Gorodets in Russia, sampling its famous gingerbread is a must. Stamped with cultural prints and formed into fun shapes, the gingerbread is as beautiful as it is tasty. Produced on an industrial scale today, in ancient times the Old Believers of Gorodets baked up to 30 different types of gingerbread which came to serve as the inspiration for the well-known Tula gingerbread. Along with locally painted Russian woodcarvings, Gorodets gingerbread makes a great souvenir from this quaint city on the Volga.