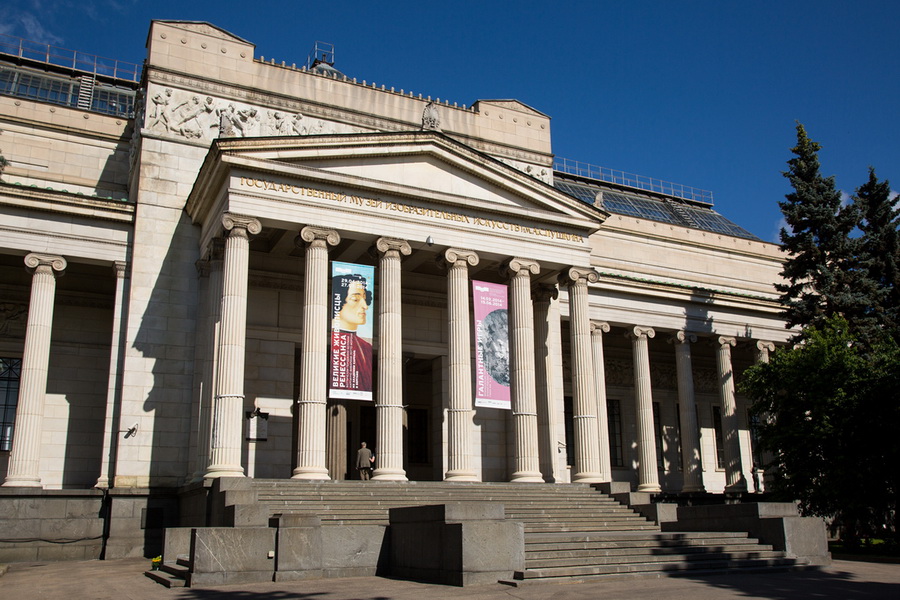 The State Pushkin Museum of Fine Arts is one of Russia's largest collections of the world’s art from ancient times to the present day. The museum is located in the center of Moscow on Volkhonka. The museum was founded on August 17, 1898. In 1912 its grand opening took place. Initially, the treasury of the masterpieces of the world’s art was called the Museum of Fine Arts named after Alexander III, the basis of which was the Cabinet of Fine Arts and Antiquities of the Moscow University.
The Pushkin Museum of Fine Arts contains the second most significant in Russia (after the Hermitage in St. Petersburg) collection of foreign arts from ancient times to the 20th century. The museum’s exhibition occupies 30 rooms on 2 floors with a clear division into two parts: the collection of originals and the collection of the copies.

Since the founding of the State Pushkin Museum of Fine Arts its funds has been replenished by about thirty collections from donors. Currently, the Pushkin museum’s collection contains about seven thousand pieces of Russian and Western European art of the 15th – 20th centuries: paintings, drawings, sculptures, applied art and artistic photography. There you’ll find the entire range of rare artifacts - from Egyptian mummies to the unique collection of world art, including works by Rembrandt, Botticelli, Cezanne, Gauguin, Van Gogh, Picasso and Matisse.