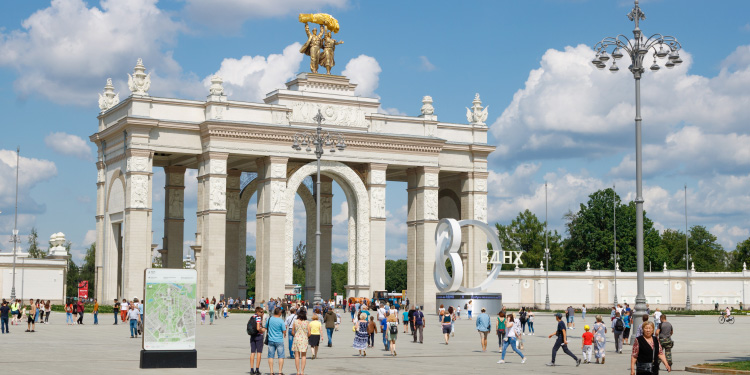 Tours, Attractions and Things To Do in Moscow

How should the capital of the largest state in the world look like? Special, majestic, dazzlingly beautiful, a bit mysterious, and shining peculiar light... In short, this is Moscow - the capital of Russia, “the face” of the world`s major power, its most important political, scientific and cultural center.

The city-state with unique character and destiny, the indestructible symbol of imperial power and grandeur, architectural open-air museum and modern megalopolis glistening with the cold light of glass skyscrapers. Such is Moscow – diverse and full of contrasts, captivating in every way. And yet, it has some unique features. Namely, the circular layout, which emerged in the end of the 16th century; specific landscape with hilly terrain and steep curves of the Moskva River; green spaces separating urban neighborhoods; the combination of wide roads and avenues with quiet alleys of the old city.

Moscow is rated among the most expensive and beautiful cities in the world. Every year thousands of tourists come here with the dream of touching the relic of Russian culture, visiting world’s famous museums and theaters, wandering the roads of great poets, writers, musicians and artists, visiting the estates and mansions of Russian princes and emperors, witnessing magnificent Orthodox churches and monasteries. Moscow is filled with treasures. Each street has a name related to its history and almost every building and monument is a unique architectural masterpiece with its unique destiny. Only in Moscow can you exit a bustling modern avenue and instantly enter a lane of the 19th century and see a house in Art Nouveau style or constructivism standing next to a Boyar house. Walking around Moscow is both in space and time.

It possesses the most valuable historical and architectural monuments of global significance: the Kremlin, Novodevichy Convent, the Church of Intercession in Fili, the Arch of Triumph, the Victory Memorial on Poklonnaya Hill. Towering above Moscow are the golden domes of the Cathedral of Christ the Savior, which became Moscow’s Cathedral, the Kremlin gates Voskresenskiye with Iverskaya Chapel and the Temple of Icon of Our Lady of Kazan on Red Square. Arbat, St. Basil’s Cathedral, the Bolshoi Theater - these and other attractions have become the symbols of Moscow, famous throughout the world.

Collections of paintings, drawings and sculptures of the Tretyakov Gallery, the Museum of Fine Arts named after A.S. Pushkin can rival collections of many famous museums in the world.

Along with spiritual Moscow has another kind of life - bright, modern, dynamic, full of temptations in the form of entertainments and shopping centers, casinos, boutiques, cinemas, parks, attractions, restaurants and clubs for every taste and other delights - all that attracts seekers of adventures from around the world.

The city`s glorious history covers more than eight and a half centuries. The city was repeatedly conquered, destroyed and born again from the ashes ... Moscow was first mentioned in the chronicles in 1147. This date is the year of birth of the city. But the foundation of Moscow is attributed to Suzdal prince Yuri Dolgoruky. In 1156 the Prince ordered to erect a new wooden fort, the future Moscow Kremlin, on the steep Borovitsky hill that towers above the Moskva River and the mouth of the river Neglinnaya, on the site of an ancient settlement. Read more...