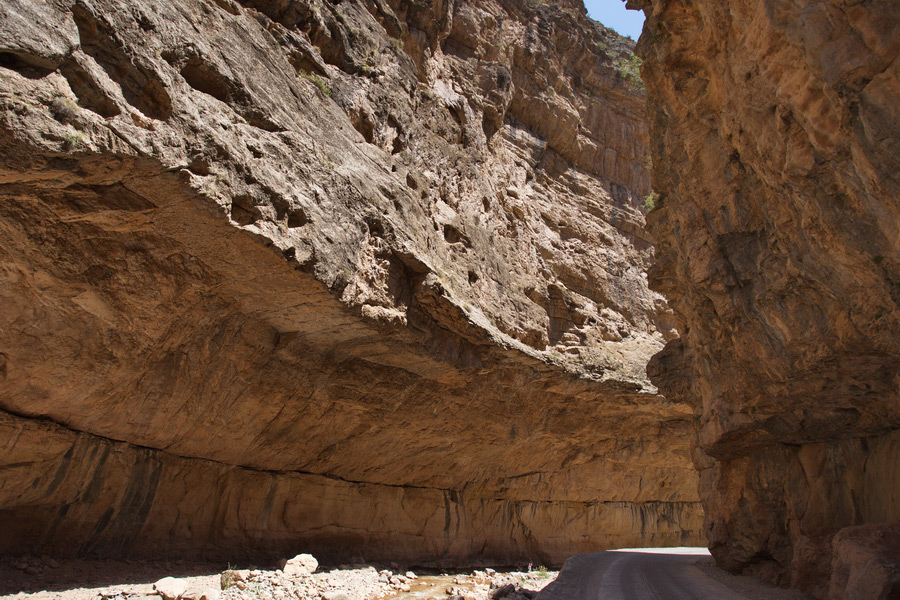 Derbent Canyon is a breathtaking natural attraction north of Derbent village in Uzbekistan’s southwestern Hissar Mountains. This grandiose gorge runs for 8 kilometers and is flanked by sheer cliffs up to 400 meters high, with the final two kilometers so narrow that sunlight reaches the bottom only at noontime.

The name of Derbent village, which is situated in front of the canyon, translates as “Closed Gates” or “Narrow Passage”, and not without reason. For many years, it was the most convenient trade route from Samarkand and Bukhara to Termez and onward into the Pamirs and India. Most travelers, however, were required to take a route through another canyon located to the west of the village. A fortress outpost was organized at the entrance to that canyon, and each Silk Road caravan was obliged to pay a passage fee. Travelers and traders from India, China, Persia and even Spain were known to pass through these corridors, which came to be nicknamed the "Iron Gate". 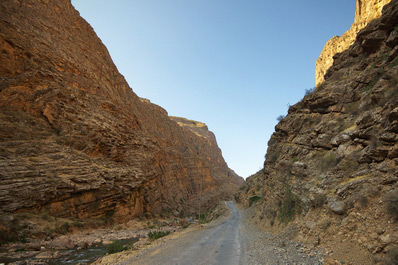 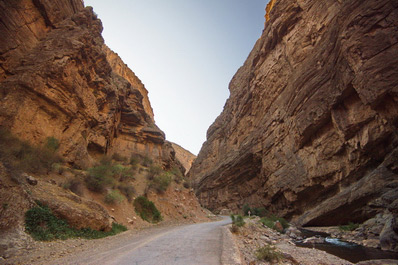 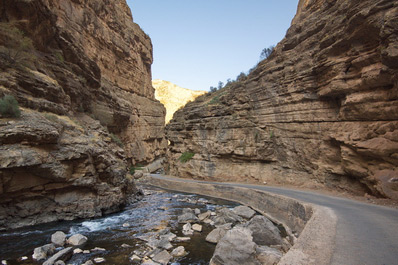 Derbent Canyon is much more massive than its Iron Gate counterpart. It leads deep into the Hissar Mountains and the Machaidarya River Valley, whose waters shaped this canyon over countless centuries. Within Derbent Canyon are picturesque settlements, an unusual water source and the grave of Saint Khuzhamoy-Ota, which is now a pilgrimage site for locals. Several additional canyons which are only accessible by foot are found within Derbent, as is Teshik-Tash Cave, the famous anthropological site in which the grave of a Neanderthal child was discovered in the 1930s.

Derbent Canyon can be reached by car via a good asphalt road. It is located 30 kilometers from Boysun and 130 kilometers from Termez. As the entrance sits close to the highway connecting Bukhara and Termez, a visit to this historic natural attraction can be easily included in a travel itinerary of central and southern Uzbekistan. 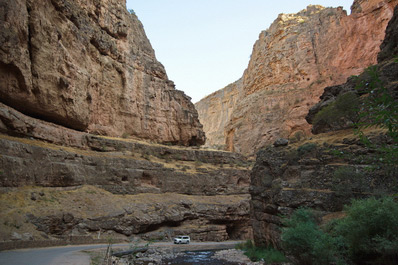 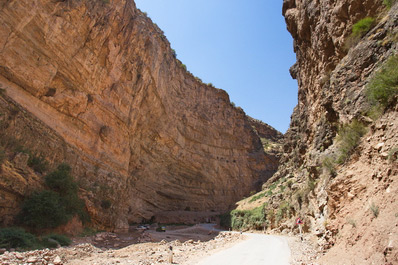 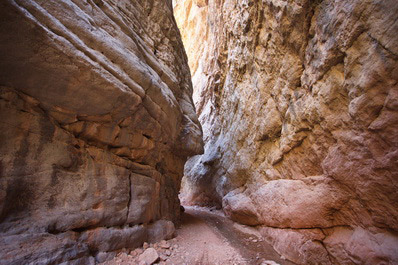