The Legend of Tomyris, Uzbekistan 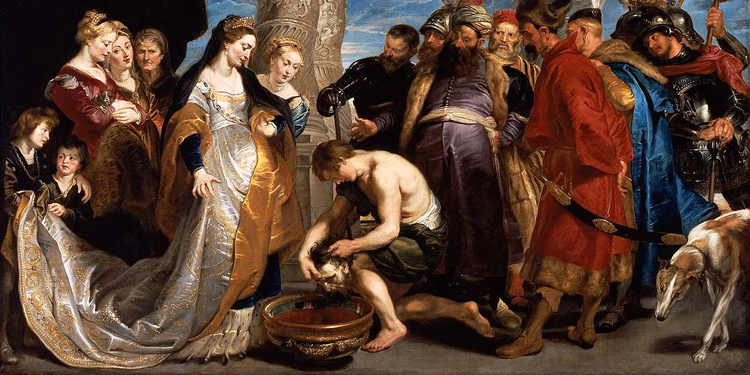 The Legend of Tomyris - Queen of Massagetae

The vast expanses of the Eurasian steppes in ancient times were under the control of the legendary warriors-nomads of Scythian range: the Saka, the Massagetae, the Sarmatians and the Scythians. For over the millennia, since the 8th century to 4th century, they had been terrifying the civilizations of East and Europe: Greece, Rome, Egypt and Persia. The Saka and Massagetae were eastern tribes who lived in Central Asia.

The Achaemenid Empire often referred to as First Persian Empire emerged in the 6th century BC.
The Persian king Cyrus II united the countries of Mesopotamia and started military expansion. He planned an extensive conquest of Egypt. However, Cyrus wisely foresaw that a war against such a large state strengthened by the pharaoh Amasis’ policy would be difficult. Cyrus decided to postpone the campaign to Egypt and to take measures to protect the eastern borders of the empire, where the expanse steppes were inhabited by nomadic Saka and Massagetae. The steppe tribes had an impressive military power, they were unpredictable in their movements and therefore could attack the Central Asian region conquered by the Persians any time of the year. In 530 BC Cyrus the Great headed his huge army and ventured to the East.

At that time, the Massagetae were ruled by the queen Tomyris. She was the daughter of Spargapises - the leader of all Massagetae tribes. After the death of the leader, Tomyris inherited the power as his only child, but many tribal leaders who were dissatisfied with the fact that they were guided by a woman, tried to overthrow her. Throughout her youth, Tomyris had been fighting for the right to lead Massagetae and she proved it by her courage, valor and devotion to her people.

There is a story about how Tomyris chose a husband by herself. During the war with other tribes of Saka, Spargapises turned to his ally Kavad, the head of the Saka Tigrakhauda clan, for help. At that time, Kavad was fighting at his borders, so he sent his favorite son Rustam instead of himself. When Rustam came to the Massagetae encampment, there was a contest being held between batyrs. The prize in this competition was the marriage with Tomyris, the daughter of the leader. The one who managed to catch Tomyris in the horse contest would be her husband. Tomyris was one of the best riders in her tribe, so only the best of the warriors could overtake her. Rustam won the tournament.

When Tomyris learnt about the attack of Cyrus II, she ordered the Massagetae to leave off to the steppe. Cyrus, in his turn, decided to use military cunning to take over the power over the Massagetae. He sent an envoy with a letter to the queen Tomyris. In his message, Cyrus praised her beauty and intelligence and proposed her so she would save her people from the bloody war. But the wise Tomyris realized that the Persian ruler needed only her kingdom and she refused.

The military campaign seemed to begin successfully for the Persians. Protecting the nomads retreating back to the steppes, the Massagetae tried not to get involved in serious clashes, dropping back off the Persian army acting on the offensive. This was the tactic of luring the enemy into the steppe. As usually after clashes, the Massagetae successfully shook off the pursuer on their fast horses. Thus, the Persians came to the Jaxartes. Here, Cyrus again decided to use a trick. He ordered to set a camp and to poison all the wounded and sick soldiers, ambushing with his good troops near the river. The Massagetae led by the son of Tomyris Spargapises attacked the camp at night, but found no resistance and decided that the Persians fled. Celebrating the victory, they drank the poisoned wine left by the Persians. When most of the Massagetae squad fell asleep, the Persians attacked and massacred almost the entire detachment. Son of Tomyris was captured.

When the queen Tomyris heard what happened to her son and the army, she sent a herald to Cyrus demanding to release her son, since he was captured “by trickery not in the battle of strengths”. The Massagetae Queen sternly warned the Persian ruler: “Refuse, and I swear by the sun, the sovereign lord of the Massagetae, bloodthirsty as you are, I will give you your fill of blood." Cyrus refused and Spargapises committed suicide, unwishing to be used by Cyrus for manipulating Tomyris.

As soon as Tomyris learnt of her son's death, she decided to attack the Persians. In the steppe was a battle in which Massagetae unleashed all its might and fury on the Persian army. Cyrus was killed in this combat. Tomyris ordered to fill a skin full of human blood, she dipped the head of Cyrus in the gore, saying, as she thus insulted the corpse, "… thus I make good my threat, and give you your fill of blood."