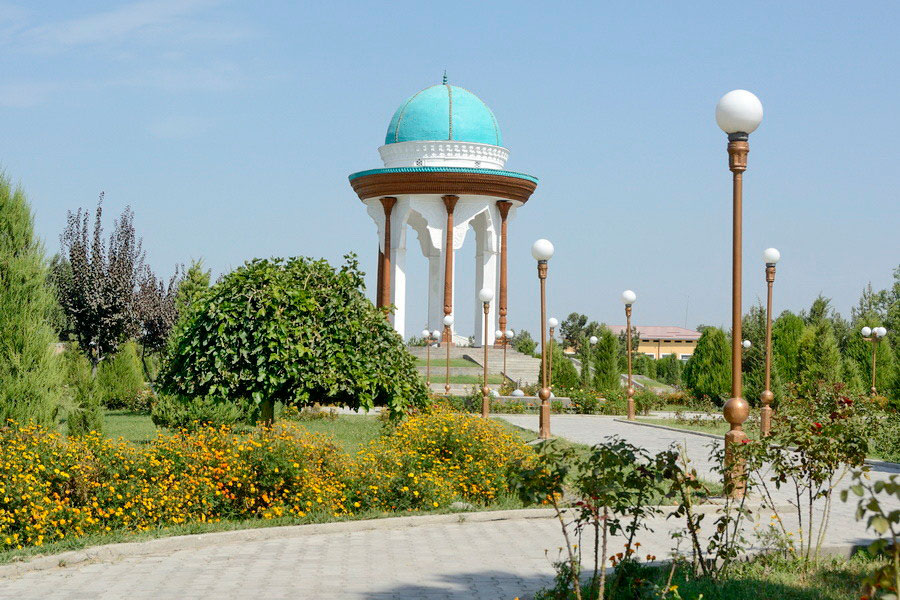 Tours, Attractions and Things To Do in Margilan

In 2007, the country widely celebrated the 2000th anniversary of Margilan. This is another city in the list of famous historical cities of Uzbekistan with a millennia history.

Located in the south of the Fergana Valley, Margilan lies in a picturesque place that formerly was right at the crossroads of trade caravans from China to the West and vice versa. The origin of Margilan is closely related to the opening of the Silk Road. Even though the birth of city is not regarded to this ancient caravan route, then certainly the Silk Road made Margilan the center of silk and chief keeper of its secrets. As far back as in the 10th century Margilan - the largest city in the Ferghana Valley - was widely known for its silk products on far West and East. Since time immemorial, it is famous for great masters - craftsmen of silk fabrics such as adras khan-atlas, and many others. Beautiful silk, manufactured in the city and its surroundings, was exported to Europe and the East along the ancient Great Silk Road routes into Baghdad, Kashgar, Khurasan, Egypt and Greece. Even today Margilan considers as the silk capital of Uzbekistan. It produces the famous khan-atlas, woven and dyed by hand under the ancient technology. Amazing in beauty and originality Margilan embroidery - Suzanne and skullcaps say about the variety of beautiful Margilan atlas.

There is a legend about the appearance of the city name, connected with the invasion of Alexander the Great. Local residents, having known about the intention of Alexander to visit their city, prepared a red carpet for him. One of the elders of the city offered to welcome the guest with chicken and bread. Alexander the Great asked after the feast what was the name of the dish. He was replied: "Murginon", that means "chicken and bread". On the way back, he tasted this dish again, and after called this area as "Murginon". Since that time, the city carries the name Margilan. 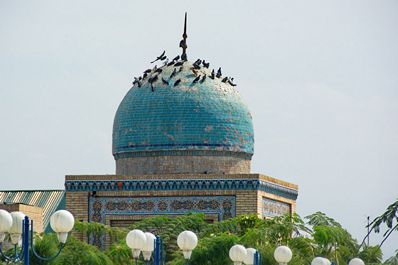 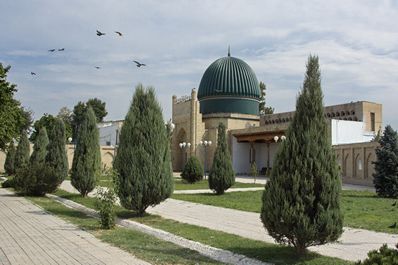 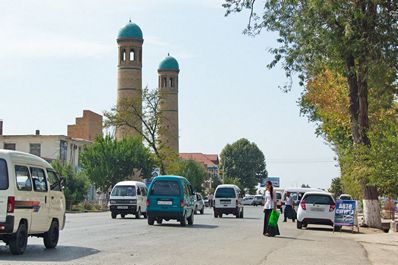 At the end of the 15 - beginning of 16th century Margilan became one of the major cities of the Ferghana Valley. This land is the hometown for one of the great grandchildren of Tamerlane - Zahireddin Bobur. He was the ruler of Ferghana, and then founded in India the State of Great Moguls. Bobur said in his work "Bobur-name" that the city was famous for its fruit orchards, sweet pomegranates and dried apricots. Being buried in vendure, it was a favorite spot of rest for caravans. Since ancient times, it was inhabited by proud and hardworking Sogdian people, famous farmers and horse breeders. But most of all Margilan was famous for its khan-atlas with flowing arabesques of bright patterns.

Almost over 3 centuries - from 1598 to 1876 Margilan was in the structure of the Kokand Khanate. Later, when it was included in Russia, it became a district town. Back in the late 19th century the city was surrounded by adobe walls with towers and twelve fortified gates. The main streets led from the gate to the center of Margilan, where the palace of the governor - Urda and local market were situated. Residential areas were organically combined with religious buildings, very few of which have survived. The most famous ancient monuments in Margilan are the Complex Pir Siddiq, the architectural composition Pir Siddiq, the Mausoleum of Khoja Magiz and many others.