Ruins of the ancient city like an echo of the past remind about the greatness and former fame. Perhaps, Alexander the Great stayed here, intending to destroy rebellious Saks? Or the famous Greek military commander Demodam, celebrating the victory over proud nomads, founded a fortress as the reminder of his fame and valor? Today the Kanka settlement does not give a definite answer to these questions. Most scientists identify the Kanka settlement as Trans-Yaksart Antiochia, because according the evidences of ancient historians, soon after the collapse of the Empire of Alexander the Great, the ruler of this part of his Empire, Greco-Bactrian Kingdom, Antiochus sent his commander Demodam to march the Saks, situated on the other bank of Yaksart (Syr Darya river), where he founded the city and laid the sanctuary of Apollo. The conclusive evidence is the lower layers of the settlement, dated back to the 3rd century BC and relevant to the fortress built by Demodam. 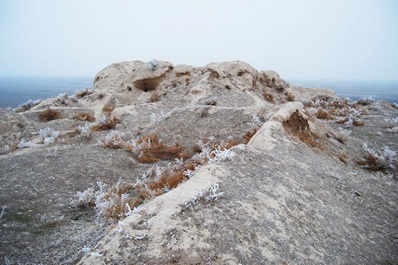 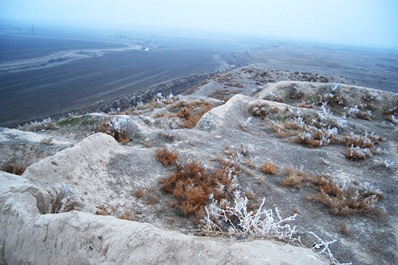 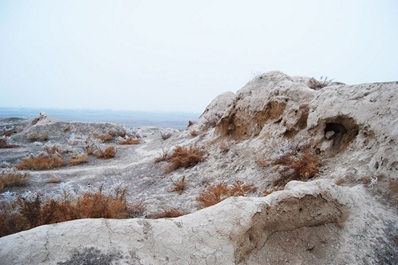 Kanka was the first capital of the state of Kangju, noted by the Chinese sources of the 2nd century BC. At that time the Tashkent oasis was the center of the Kangju State. The capital was located in the Ahkangaran Valley (70 km from the modern Tashkent), on the place of the Kanka settlement, occupying 160 hectares. In the Chinese chronicles it was called Yuni, later Shi. Since the 3rd century BC it was the capital of the independent state. In time the center of the Tashkent oasis moved from Kanka to the north, to the territory of modern Tashkent, a city in the Ming Urik. In the Middle Ages the Kanka Settlement was known as Kharashket. According to the medieval historian Abu al Kasim ibn Khaulkam, Kharashket was the second largest city after Binket in the Shash region.

First mention about Kanka in scientific works dates to 1868, when the famous Russian artist V.V. Vereschagin visited it. A more complete examination and survey of the plan of the settlement was carried out by M.E. Masson in 1934. First stationary archeological excavations at this unique monument were carried out by the archeologist K. Adbullaev in the late 1960ies.

Large archeological works and systematical research of Kanka were carried by the Chach-Ilak expedition, headed by the member of the Academy of Sciences of the Republic of Uzbekistan Yuriy Buryakov. Researches have found that the Kanka settlement was the oldest and largest center of Tashkent oasis, existed from the 3rd century BC till the 12th century AD.

Latest research works in the territory of Kanka have been carrying since August 2010. During these works archeologists have found many fragments of ceramics: hums, humchi, tagora, lids, pots, bowls, chirags, pialas and plates.

The settlement has been studied and described by the research expedition, headed by the academician Yuriy Buryakov. It was found that in the late 4th century BC there was a city on the site of the settlement. Its ruins with three lines of walls, surrounding the area of 160 hectares, survived our days. The total area of the settlement is about 500 hectares. It looks like a big hilly region, in the end of which there is the 50-meter high conic hill, the former citadel.

Besides the citadel there are three rings of outer walls. Excavations found that walls of Shakhristan III were the most ancient.

The citadel was protected with the crescent shaped ditch, which is so deep that even today it is filled with underground and rain water, which resulted in the formation of an impassable bog. The only way to the top of the hill (ruins of the citadel) begins in the narrow strip of land and leads of the steep slopes of the hill.

On the top of the hill there are the remains of four towers and a temple, probably related to the Zoroastrian religion. In former times the sacred fire was maintained in the temple. On the territory of the settlement researchers found terracotta statues of the fertile goddess Anachita and statues of animals: wild boar and sheep. According to historians, a sheep is the symbolic image of life-giving power of Solar Grace, Pharn. A wild boar may be related to the cult of the Scythian god Veretrang, who accompanied and protected the solar rider Mitra.

Today, archeological excavations at the Kanka settlement are still in the process and who knows what secrets archeologists may find tomorrow…