One of the unusual sights of Tashkent, which cannot be missed is Museum of Railway Technics, which is not far from the central station of the capital. It was opened not long ago, in 1989, in honor of the railroad centenary in Uzbekistan. There were collected steam and diesel locomotives alfresco in the museum. Those locomotives had the trips throughout the country long time ago. Museum of that type is one of the most interesting among its world analogues. There are performed 13 engines of historic series. Enormous black vehicle with long boilers, which are on the massive wheels, that is the evidence of power and unyieldingness of those giants. 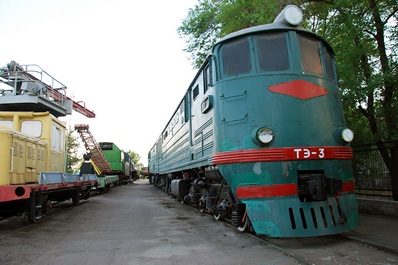 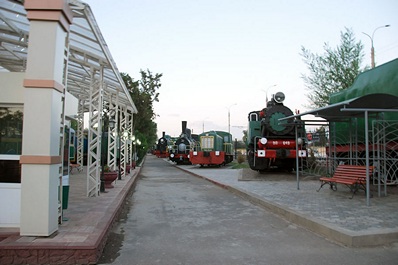 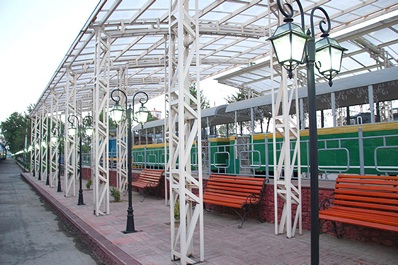 18 diesel and 3 electric locomotives are introduced to visitors of the museum with the development of the railway technics in Uzbekistan. The coach collection of different functions allows to learn that the coaches of engines can be different. That depends on the transportation of the cargo or which functions the engine implements. Moreover, the museum of railway technics has elongate shape almost of 1 km and excursions are often held at the small engine, which plies from the entrance till the distant edge of the park. At the museum there are presented details and equipments which were used earlier. Semaphores and radio are working at the system of Morse code, and a lot of more.

The museum of engines, as its called by Tashkent’s residents, is attractive not only as exposition of railway transport’s evolution but as a beautiful park. The place is loved by photographers, who organize fotosessions in retro style and etc. Wedding corteges visit the place so often for making some beautiful pictures in that memorable day.

However, this place is loved mostly by children, that is a great pleasure for them to go upstairs and feel themselves as an engineer of the enormous vehicle of tons dozens.