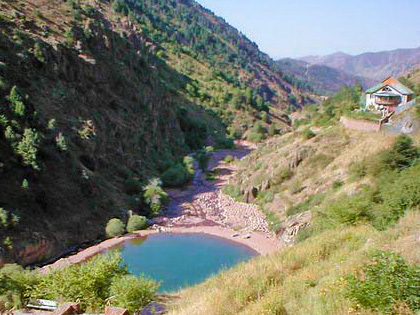 Yangiabad – the Jewel of Uzbekistan’s Mountains

Tours, Attractions and Things To Do in Yangiabad

In the mid-twentieth century, after the end of the World War II, in the spurs of Chatkal Mountains the Soviet Union started the intensive exploration of uranium ore, which has become one of the most important resources in a future arms race. Gradually there appeared a small closed town, access to which was strictly limited. This is how the town of Yangiabad appeared in the early 50s.

Here lived and worked the best USSR mining engineers. Prisoners worked in the mines and dangerous areas with high background radiation. The city had its own regime; it was subordinate only to the Moscow authorities. But for 30 years, the majority of uranium mines were exhausted, and the town fell into decay. People left the town, and today only a fifth of the population, mostly of retirement age, live in Yangiabad. 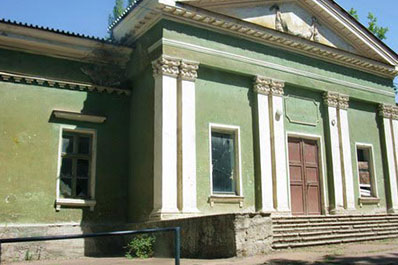 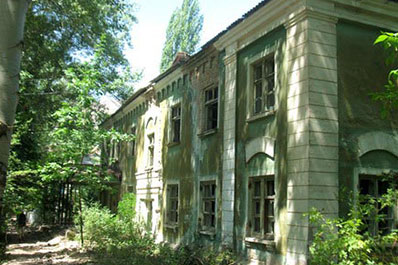 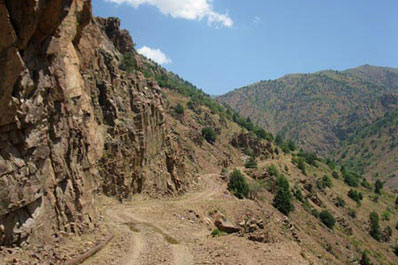 Today it is a half empty town, lost in the mountains about 120 kilometers away from Tashkent. Yangiabad does not have any historical attractions, but the town itself can be called a landmark. The architecture of the town is represented by non-traditional for Uzbekistan two- and three-storey houses built in the German style. Supposedly, the town was built by the Germans, who lived in the Soviet Union before the World War II (German prisoners of war would not be admitted to the strategic construction). Today most of these houses are empty, and only in summer the town revives, when people come here to have a rest far from noise and fuss of big cities. Many apartments were sold as summer residences.

It is not wonder, since Yangiabad is surrounded by amazing nature: picturesque mountains, overhanging granite cliffs, mountain streams and fresh and pure air. So this is an excellent spot for eco-tourism and mountaineering. A few kilometers from the town there is a mineral water spring which is popular in the capital and other cities. 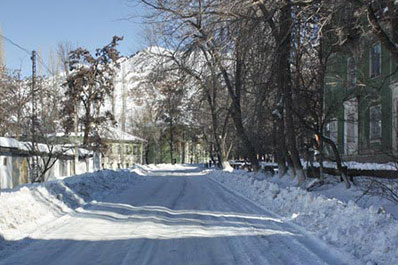 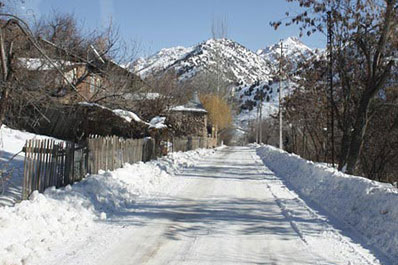 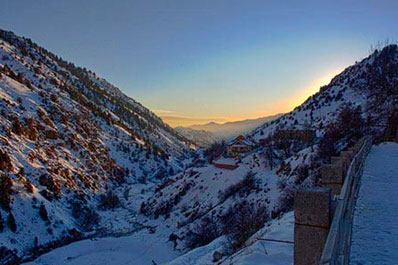 In addition, not far from the town there is the Yangiabad Hostel, where in the winter you can ski on the alpine track, perfect for beginners. In the summer you can trek in the surrounding mountains, overlooking the Babaytag Mountain, Pulatkhan Plateau and more.

Slowly but surely, the town said goodbye to its mining past, and began to develop the tourism industry. It is certainly true that over the years Yangiabad will be as popular as Chimgan. Even today we can hear that Yangiabad is Uzbek Alps.