Tours, Attractions and Things To Do in Echmiadzin

Armenia has a strong faith that has always been the main stronghold of the state, the symbol of equity and prosperity. One of the main sacred and hallowed places for Armenians is the ancient, almost two thousand years old city of Echmiadzin, located in the picturesque Ararat Valley. The historical city originated from the ancient village of Vardkesavan, founded in the 2nd century BCE. Later, in the beginning of the 2nd century CE, the king of the Great Armenia Vagharshak I (117-140) built a capital in its place naming it after himself, Vagharshapat. 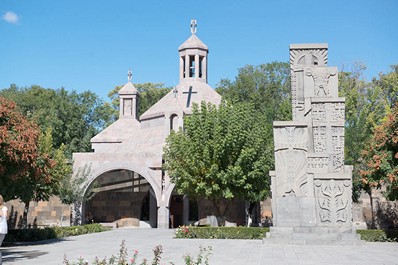 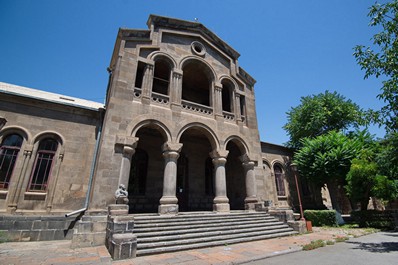 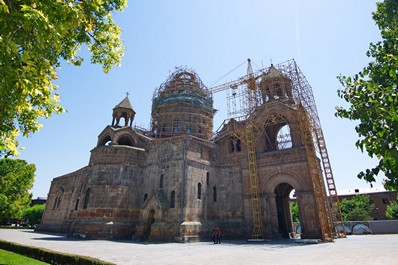 Armenia was the first country in the world to announce Christianity as its state religion, in 301 CE. Since then, Echmiadzin has become the cultural, spiritual and civilization heart of the country. According to the old legend, the Saint Gregory the Illuminator, the first Christian of all Armenians, once had a prophetic vision in this place: Jesus Christ descended from heaven and with his golden hammer pointed to the place to erect the church. So, in 301 King Trdat III founded Mother See of Holy Etchmiadzin. Etchmiadzin in the Armenian language means “the Descent of the Only-Begotten” and it is one of the oldest churches in the world. Later, in 1945 the city was also renamed after the church.

Centuries passed, and around the church more new religious constructions began to grow: Saint Hripsime church in 618, St. Gayane Church in 630, Church of St. Shokagat in 1634. 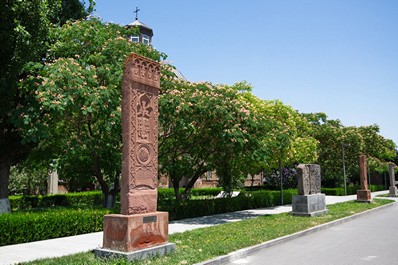 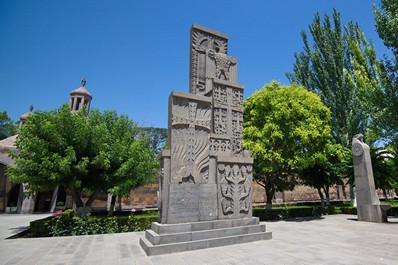 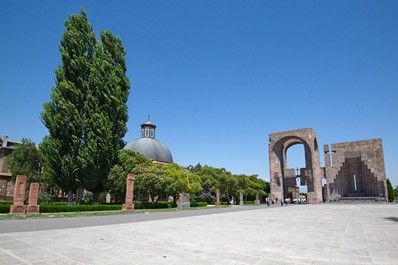 According to some legends, these churches were named after some of the first Christians in Armenia, who preached and spread the faith in one God. It happened once that king Trdat III, being a pagan, desired wonderful Hripsime, the lady famous for her unusual beauty. She was unavailable to the ruler, thus the tyrant, in fury, gave an order to stone her and her friends with rocks. Hripsime accepted martyrdom. The ruler fell ill not long after. St. Gregory the Illuminator took pity on the King and cured him. After this wonder, Trdat III repented, came to believe in Jesus, built Echmiadzin and gave permission to christen the people. The original temple was built on Hripsime’s grave in 618 is still standing to this day.

Today Echmiadzin is the center of the Armenian Apostolic Church, with the residence of the patriarch inside the city. In 1992, the city officially received back the ancient name Vagharpashat, but the majority still uses the previous name. In 2000, the Mother See of Holy Etchmiadzin was included in the UNESCO Cultural Heritage List. 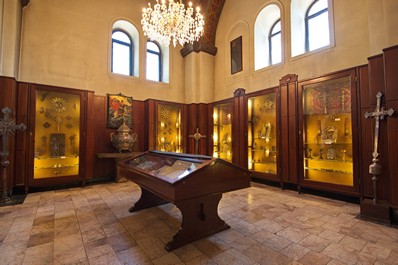 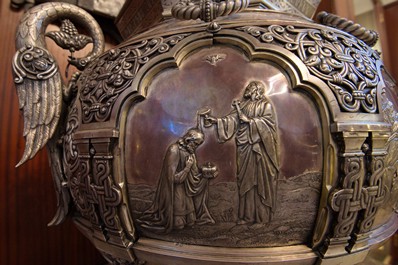 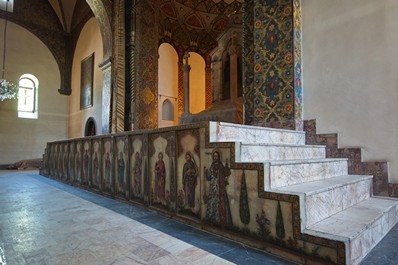 There is also a museum that features relics of special interest like pieces of the cross where Jesus Christ was crucified and a fragment of Noah’s Ark. There are many items that were brought to Etchmiadzin following the genocide in 1915, so not much is known about their history and previous owners. The relics are generally kept in the museum, but they’re also brought out during special holidays and festivals for religious rites.

Visiting Armenia doesn’t count until you pay a visit to Etchmiadzin. Etchmiadzin is located only 20 km west of Yerevan.