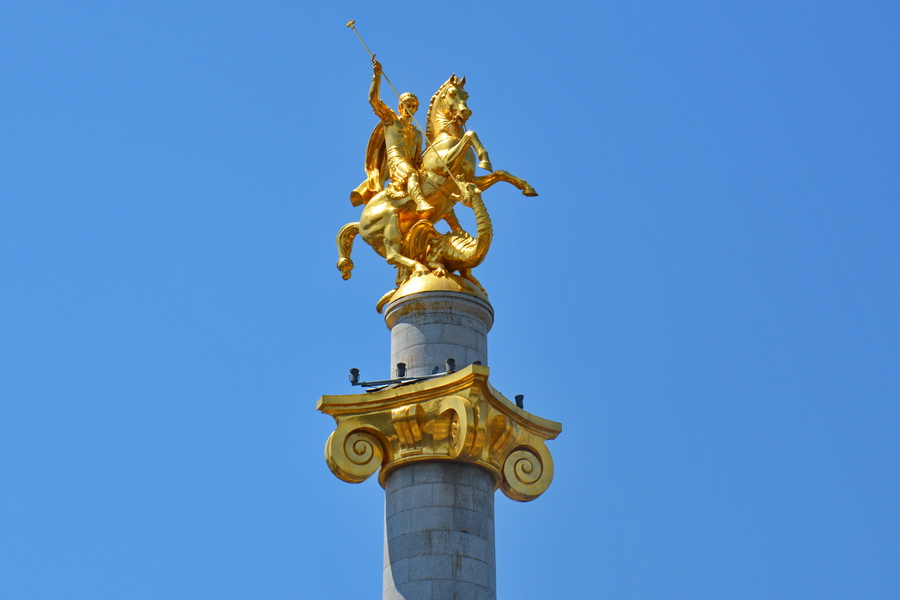 Saint George’s Day in Georgia (also known as Giorgoba) is a public holiday held in honor of the martyrdom of the patron of Georgia, Saint George.

A Greek soldier from Cappadocia and a guard of the Roman emperor Diocletian, George was sentenced to death for becoming a Christian. Today he is one of the most venerated saints in Orthodox Christianity and the patron of knights, warriors and the military. According to legend, he once slew a dragon that was demanding human sacrifices, and thus St. George is often depicted in Christian iconography as fighting a dragon.

Contrary to popular belief, the country’s name was not derived from the patron Saint George, but is instead an anglicization of the word guru, a deviation of the Persian gurj or gurjān, meaning wolf. Nevertheless, the Georgian people’s devotion to Saint George dates back to the early Middle Ages. There are at least 365 churches in Georgia named after Saint George, one for each day of the year. He was first depicted as a national symbol on the seal of King George III in the 12th century, and even today the national emblem of Georgia features Saint George.

Georgians celebrate their patron twice a year, on May 6 and November 23, although only the latter is an official Georgian holiday. If legend is true, Saint Nino introduced the first festival in honor of Saint George in the 4th century, and some people speculate that Saint Nino and Saint George may actually have been cousins.

Today on Saint George's Day in Georgia, bells ring in every church and priests conduct special liturgies to seek the saint's favor. Despite commemorating his torturous death, Giorgoba is a joyful celebration spent with family and friends amid feasting, dancing and the singing of traditional songs.

Saint George's Day (Giorgoba)   Giorgoba is a special public holiday in Georgia held in honor of the martyrdom of the patron of Georgia, Saint George.
Georgia
Georgia