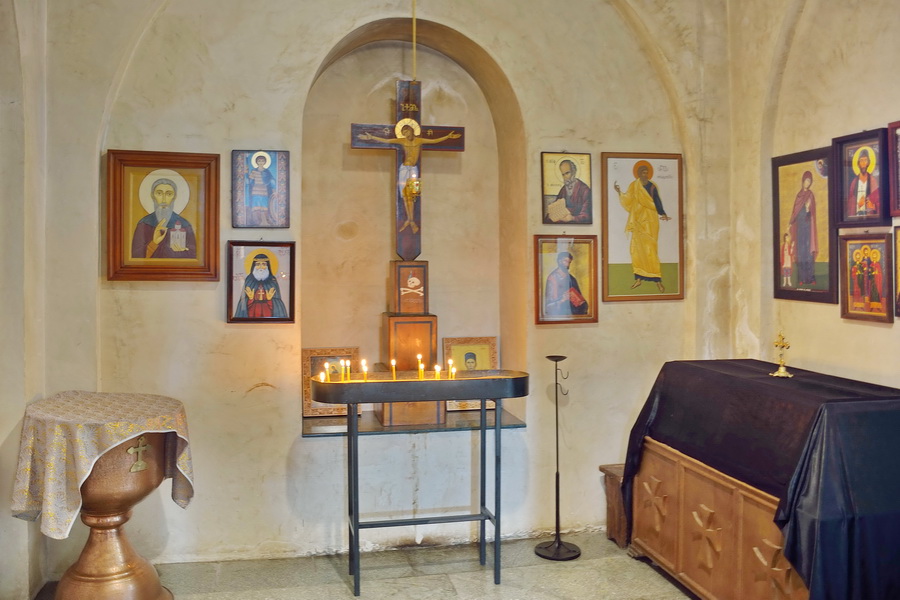 Each year on August 28th, Georgian Orthodox Christians join Eastern Orthodox followers from around the world to commemorate Feast of the Dormition of Mary the Mother of God. Regarded as one of the Great Feasts, it commemorates Mary’s "falling asleep", or death and ascension into heaven.

Feast of the Dormition

While it is not known precisely when Feast of the Dormition became a church tradition, it was likely established in the early centuries of Christianity. The feast is mentioned in the texts of the Holy Fathers, which were written through the end of the 4th century. According to ecclesiastical writer Nikephoros Kallistos (1256-1335), Feast of the Dormition began in 582 during the reign of Maurice, the Byzantine emperor from 582-602. Yet in actuality, it is likely that the observance had been established before his reign and that the emperor simply declared it an official celebration.

Following Christ's resurrection, the Virgin Mary frequently asked God to take her soul to heaven as soon as possible. One time during her prayers, the skies opened up and the Archangel Gabriel revealed to her that she would ascend into heaven three days later.

Mary was overjoyed at this news but longed to see the disciples of Jesus one last time before her departure. Although they were all preaching abroad at the time, God granted her wish by miraculously gathering the apostle Paul and all of the disciples in Jerusalem. The only one absent was Thomas, who was spreading the Gospel in India.

At the gathering, Mary addressed each of the disciples by name, praising their faith and blessing them. She then took communion from a priest in memory of Christ's flesh and blood. As Mary’s soul was taken from the earth around 9pm, the room was miraculously engulfed in light. It is said that Jesus held his mother's soul as he escorted her into heaven, accompanied by singing angels.

After the departure of Mary’s soul, the entire house was filled with captivating scents, and many who were ill visited and were cured on account of the corpse's healing powers. The disciples spent the night in prayer, and per her request while on earth, the Virgin Mary was buried at Gethsemane on Friday morning.

Thomas, the only disciple not present for the Dormition of Mary the mother of Jesus, arrived after the burial. He wished to pay his respects by visiting her grave, but on arrival he discovered that her body was gone and that a sweet fragrance had filled the tomb.

After three days, Christ carried Mary’s body to heaven to be reunited with her soul. According to Orthodox belief, the unification of body and soul after death exemplified in the Assumption of Mary will be experienced by everyone after the Final Judgment.

St. Mary is known as Mariami in Georgia, and thus the holiday commemorating her ascension is called Mariamoba. The day is significant because St. Mary herself is a very important figure for Georgian Orthodox Christians: Georgia is believed to have been assigned to Mary for the spread of Christianity, and she has long been regarded as the country’s main protector and intercessor.

In Georgia, August 28 is a national holiday which also marks the end of a 14-day fast. Priests hold a joyful liturgy at practically every church in the nation, and most Georgians continue to celebrate Mariamoba with friends and family well after the church service has ended.

Mariamoba   Mariamoba is celebrated in Georgia on August 28 to commemorate the ascension of Mary the Mother of God into heaven. The event is associated with many miracles and is an important religious holiday in Georgia, where Mary is revered as the nation’s main protector.
Georgia
Georgia