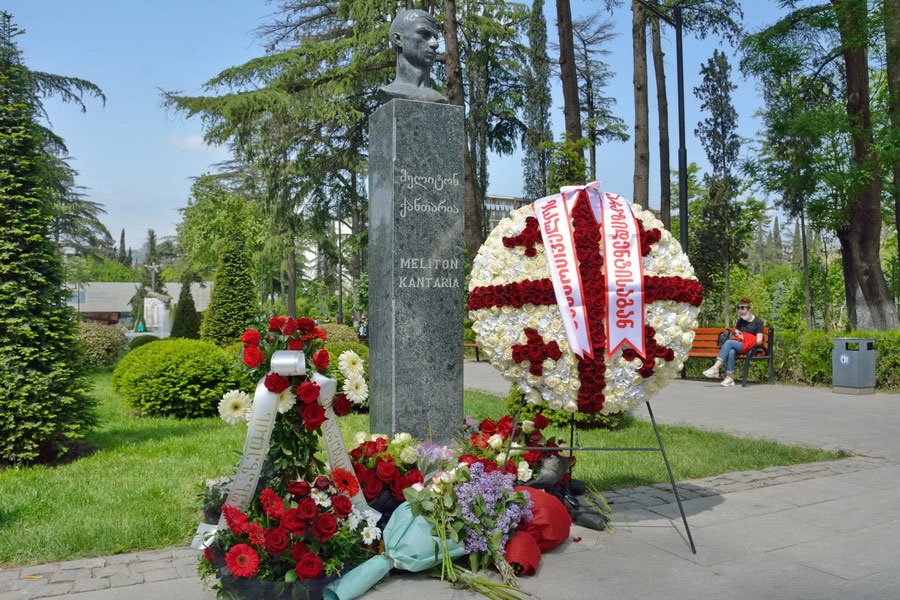 Every year on May 9, Georgia commemorates the 1945 surrender of Nazi Germany which ended World War II. The German Instrument of Surrender was signed in Berlin late at night on May 8, 1945. Due to the time difference, it was already May 9 in Moscow. Consequently, Victory Day was celebrated throughout the Soviet Union on May 9, and while some countries now observe the holiday on May 8, the original date has held fast in Georgia.

Vake Park in Tbilisi is the central celebration site for Victory Day in Georgia. Flowers are laid in front of the Grave of the Unknown Soldier, dedicated to Georgian soldiers who fought and died in World War II. People gather at the memorial to honor elderly veterans and to celebrate with concerts and cultural events. Similar ceremonies take place all across the country of Georgia, albeit on a smaller scale.

Victory Day   Every year on May 9, Georgia pays homage to the 1945 victory of the Soviet Union over Nazi Germany.
Georgia
Georgia